For the Love of Tia & The Dragonlings and the Magic Four-Leaf Clover
S.E. Smith 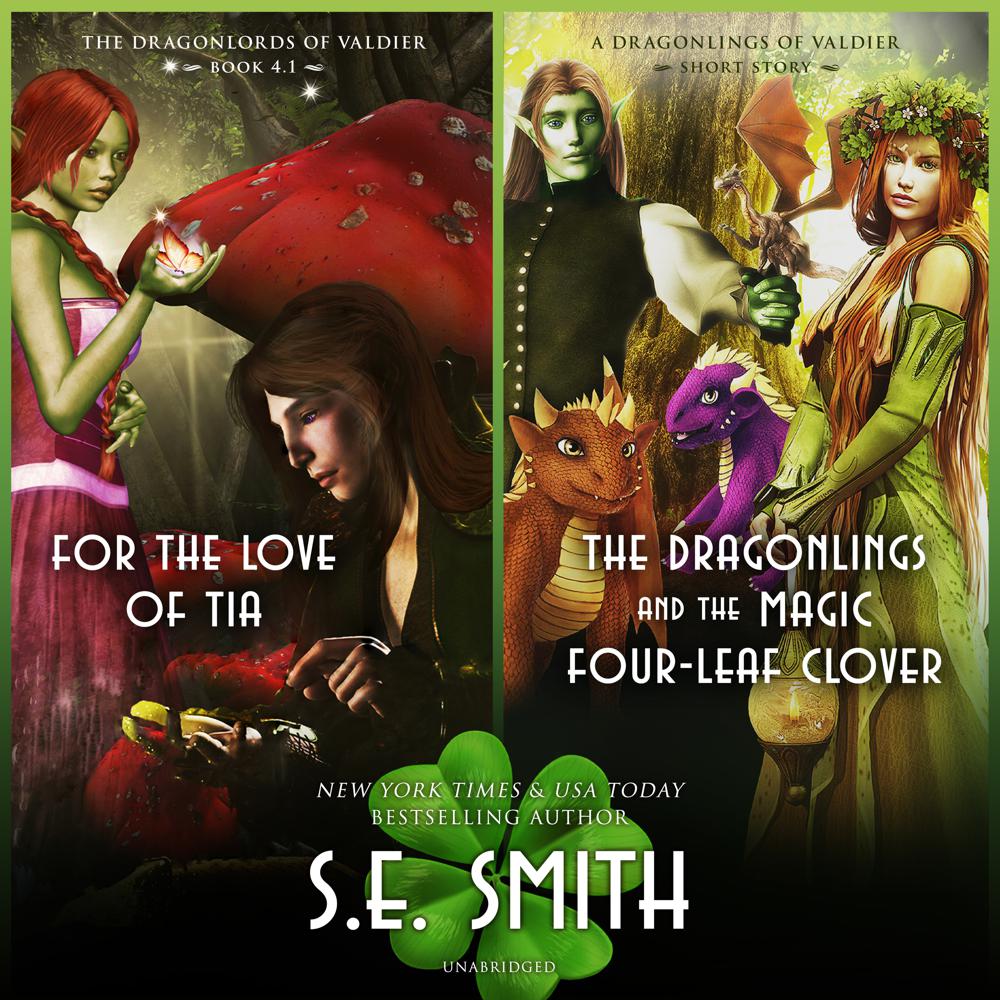 For the Love of Tia

Tia is the Keeper of the Stories for the inhabitants of Glitter. She dreams of a life she knows will never happen, but hope blossoms when a strange creature is captured at the entrance to their kingdom, and Tia remembers the legend of the goddess that will renew their world.

Jett’s thirst for adventure leads him to a previously undiscovered cavern where an unusual kingdom exists, and he is captivated by their beautiful Keeper. Unable to resist, he returns again and again until he knows he must steal her away …

The Dragonlings and the Magic Four-Leaf Clover

A campfire tale while on a camp-out with their dads has the dragonlings and their besties enchanted with a mythical kingdom called Glitter, home of the magical and mischievous Great King Leprechaun and the Little People. When the younglings discover their dads have disappeared, they are certain King Leprechaun is responsible. Armed with a magic four-leaf clover, the dragonlings and their besties will do anything to save their fathers, including tricking the King by using their golden symbiots—because everyone knows a Leprechaun can’t resist gold!