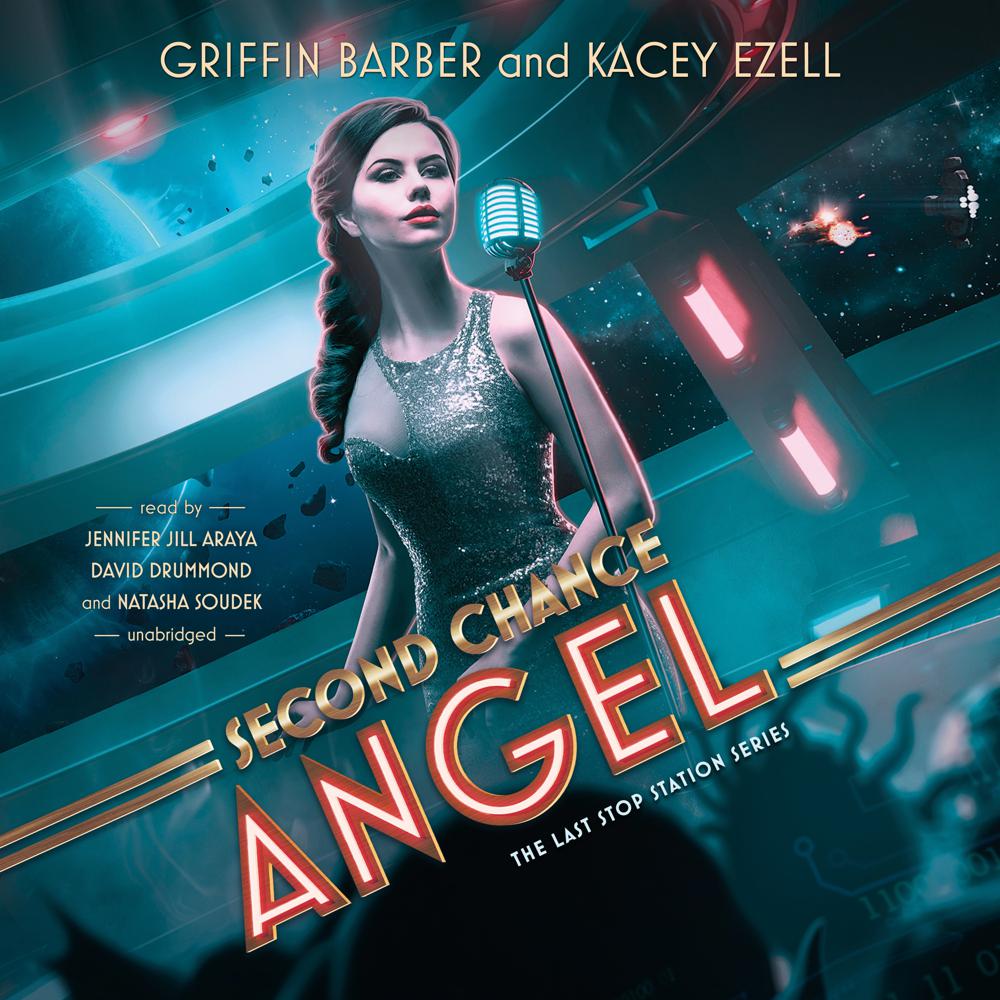 After a devastating galactic war, disgraced veteran Ralston Muck ekes out a living as a bouncer at Last Stop Station’s premier nightclub, A Curtain of Stars. Night after night he listens to the club’s star performer, Siren, sing her memories and ease some of his aching loss. But when Siren goes missing, Muck finds himself drawn into a world of dirty cops, drug lords, and conspiracies that trace back to the war itself.

The only person he can trust isn’t even human. Angel, Siren’s personal AI, was ripped from the singer’s mind the night Siren disappeared. With no idea what has happened to her human host, and pursued by a killer virus, Angel flees to Muck for answers.

Together they struggle to comprehend the conspiracy that entangles both their lives. Can Muck and the angel on his shoulder recover Siren before it’s too late? Or will he lose everything that matters to him one more time?

“In Second Chance Angel, a pair of badly damaged combat veterans team up to find the kidnapped woman who is crucial to both of them. One vet was an enlisted grunt. The other was an officer’s artificial intelligence. Vivid action and intelligent backgrounds as the team unravels a criminal conspiracy that goes well above their pay grades.”

“Space opera, sentient AIs, and a mystery to solve. What more can you ask for?”

“A war veteran and a disembodied artificial intelligence form a partnership to solve a string of horrible crimes. The human/AI detective theme hasn’t been done this well since Isaac Asimov’s Lije Baley and R. Daneel Olivaw novels, The Caves of Steel, The Naked Sun, and The Robots of Dawn—with the advantage that the AI science in Second Chance Angel is that of the modern era, not Asimov’s time.”

“With this fun, noir-tinged thriller, the first in the Last Stop Station series, Barber and Ezell weave together intrigue, action, and romance, all with a hard-boiled sensibility…The authors expertly contrast claustrophobic interiors and the vastness of space, creating a world that feels both alien and lived-in. Readers will be hooked.”