Einstein on the Run
Andrew Robinson 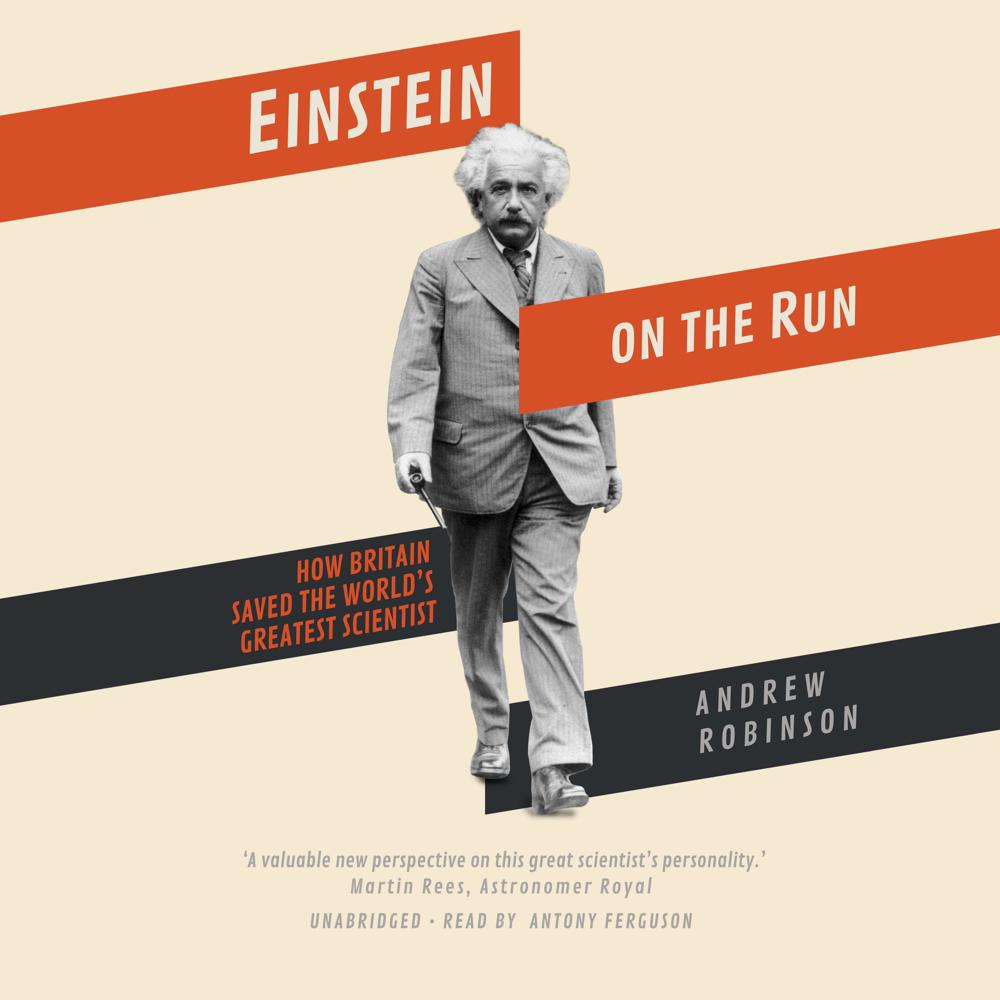 The first account of the role Britain played in Einstein’s life—first by inspiring his teenage passion for physics, then by providing refuge from the Nazis

In autumn 1933, Albert Einstein found himself living alone in an isolated holiday hut in rural England. There, he toiled peacefully at mathematics while occasionally stepping out for walks or to play his violin. But how had Einstein come to abandon his Berlin home and go ‘“on the run”?

In this lively account, Andrew Robinson tells the story of the world’s greatest scientist and Britain for the first time, showing why Britain was the perfect refuge for Einstein from rumored assassination by Nazi agents. Young Einstein’s passion for British physics, epitomized by Newton, had sparked his scientific development around 1900. British astronomers had confirmed his general theory of relativity, making him internationally famous in 1919. Welcomed by the British people, who helped him campaign against Nazi antisemitism, he even intended to become a British citizen. So why did Einstein then leave Britain, never to return to Europe?

“[A] vivid look at how the UK affected the German-born physicist’s life and thinking…Robinson brings to life the period of Einstein’s initial celebrity, when he was freely feted throughout Europe…Readers interested in Einstein will enjoy reading about this lesser-known chapter in his life.”

“Antony Ferguson is an engaging narrator who does a nice job delivering Albert Einstein’s (and the author’s) passion for science….Looking for a performer who will keep you interested throughout, this is a good choice to add to your audiobook list.”

“A well-researched adn very readable book about a less well-known period in Einstein’s life—his contact with England and English scientists.”

“I absolutely adore this book—it’s insightful and very well written. Einstein’s time in and relation to Britain from an Anglophile perspective is a new and valuable contribution. Robinson is also a very fine storyteller.”

“The very first study of its kind. It wears its thorough and conscientious scholarship lightly on its sleeve—a splendidly entertaining read.”

“A compelling tale of Einstein’s reception in Britain. Robinson casts in bold relief important insights into the nature and character of British and German societies in the interwar period.”

“A valuable new perspective on this great scientist’s personality.”