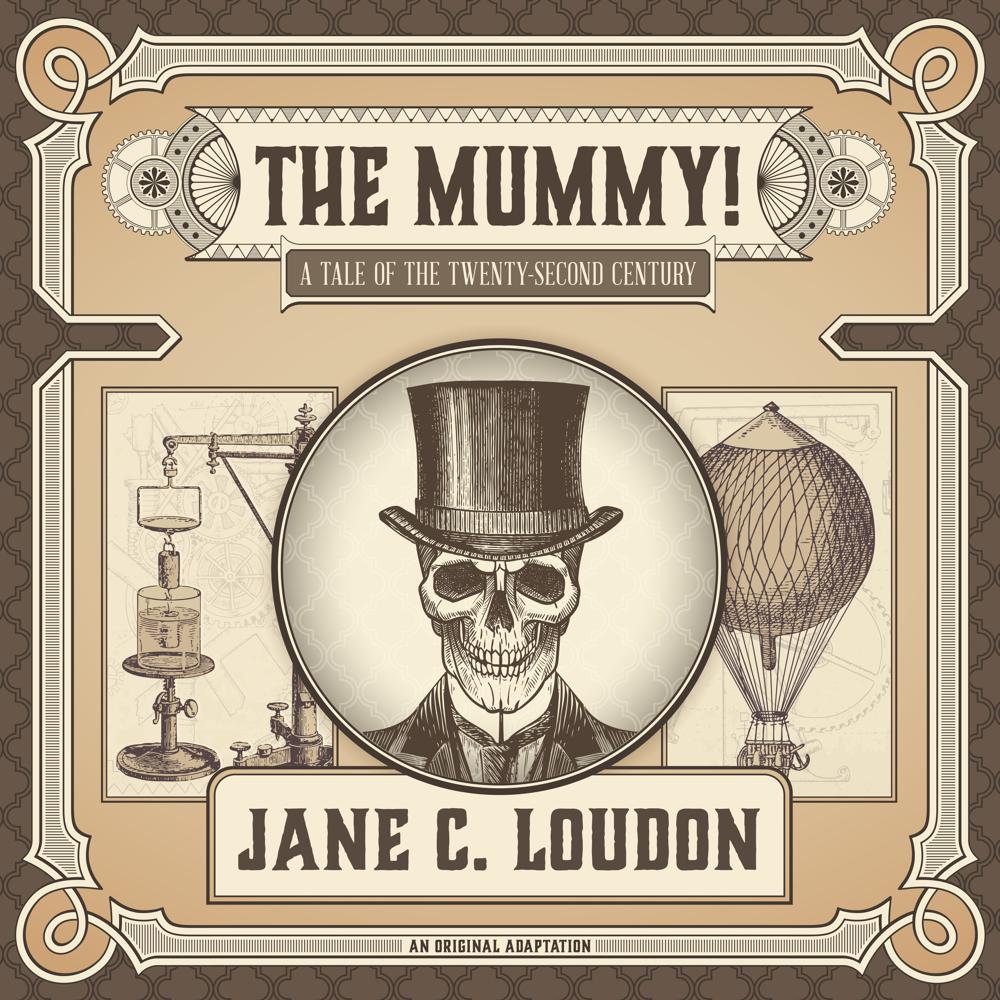 Published anonymously in three volumes in 1827, when the author was only seventeen years old, The Mummy! is, as she describes it herself, a strange, wild novel that—to an audience nearer her future than when Loudon imagined it—is filled with striking similarities to our modern world, including a form of the internet. But it is also filled with brilliant flights of fancy: her court ladies wear hair ornaments of controlled flame; surgeons and lawyers may be steam-powered automatons; people holiday by moving their entire home on rails. The visionary technological setting contrasts with a morality seemingly gone awry as it falls to the reanimated mummy Cheops to try to find a role in this corrupted society.

A lost curio of Victorian futurism waiting to be discovered, The Mummy! is as bizarre and entertaining as its premise promises—and more. Its present-day appeal to fans of steampunk and Victorian settings is undeniable.

This full-cast Skyboat Media production, adapted, produced, and directed by Gabrielle De Cuir, is the perfect vehicle to fully exploit Loudon’s sophisticated visionary narrative, and bolster it with scenes of vivid character dialogue.

“She embodied ideas of scientific progress and discovery, that now read like prophecies.”