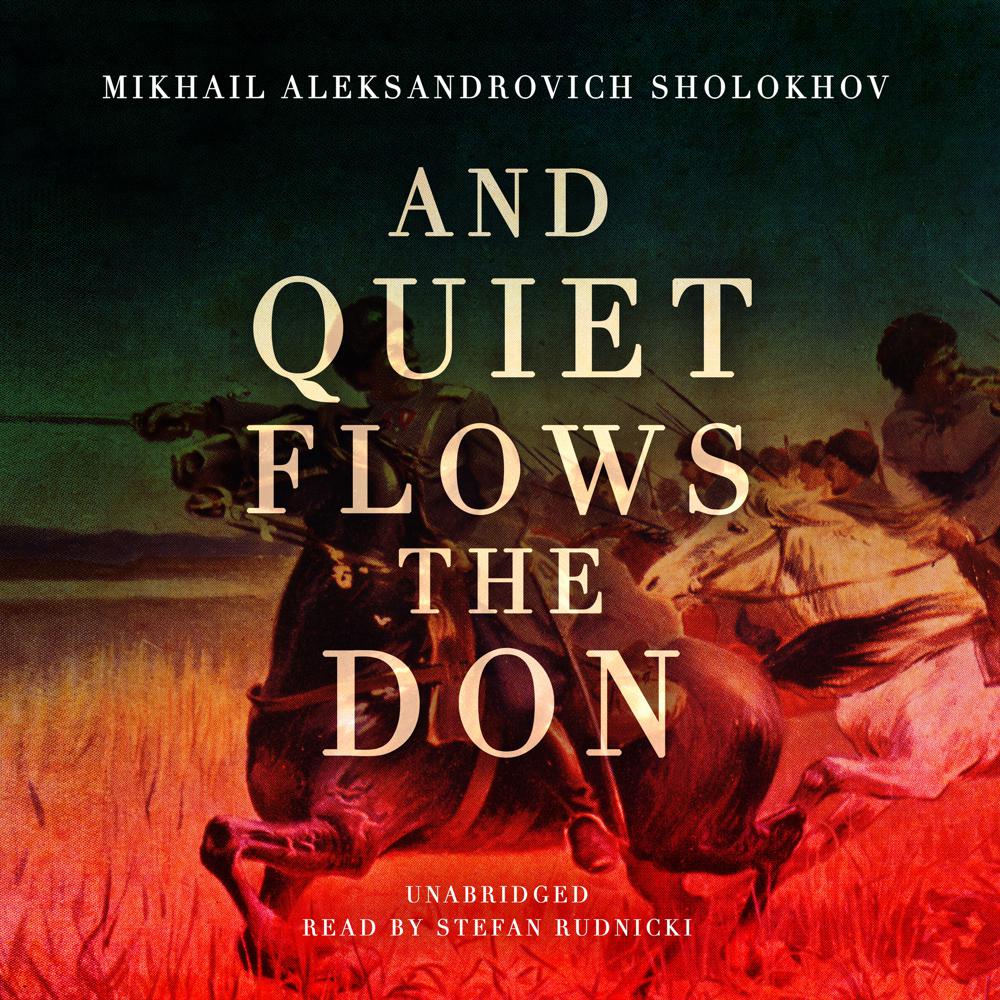 Mikhail Sholokhov’s groundbreaking epic novel gives a sweeping depiction of Russian life and culture in the early twentieth century. In the same vein as War and Peace, by Leo Tolstoy, And Quiet Flows the Don gives listeners a glimpse into many aspects of Russian culture, and the choices a country makes when faced with war and destruction.

“In addition to its panoramic grandeur, the wealth of its characters and its historic realism, Sholokhov’s book is memorable for its portrayal of the primitive and already almost legendary life of the Don Cossacks.”

“Stefan Rudnicki uses his rich and resonant timbre, commanding tone, and deep empathy to bring this 1928 masterwork of twentieth-century Russian literature to life…Rudnicki captures the no-nonsense pride of a Cossack when one character announces to the old veterans and soon-to-be-widows that he’d prefer riding into battle against the Germans swinging a saber to carrying a lowly pistol. A tour de force of love, loss, and honor in pre-Revolutionary Russia.”