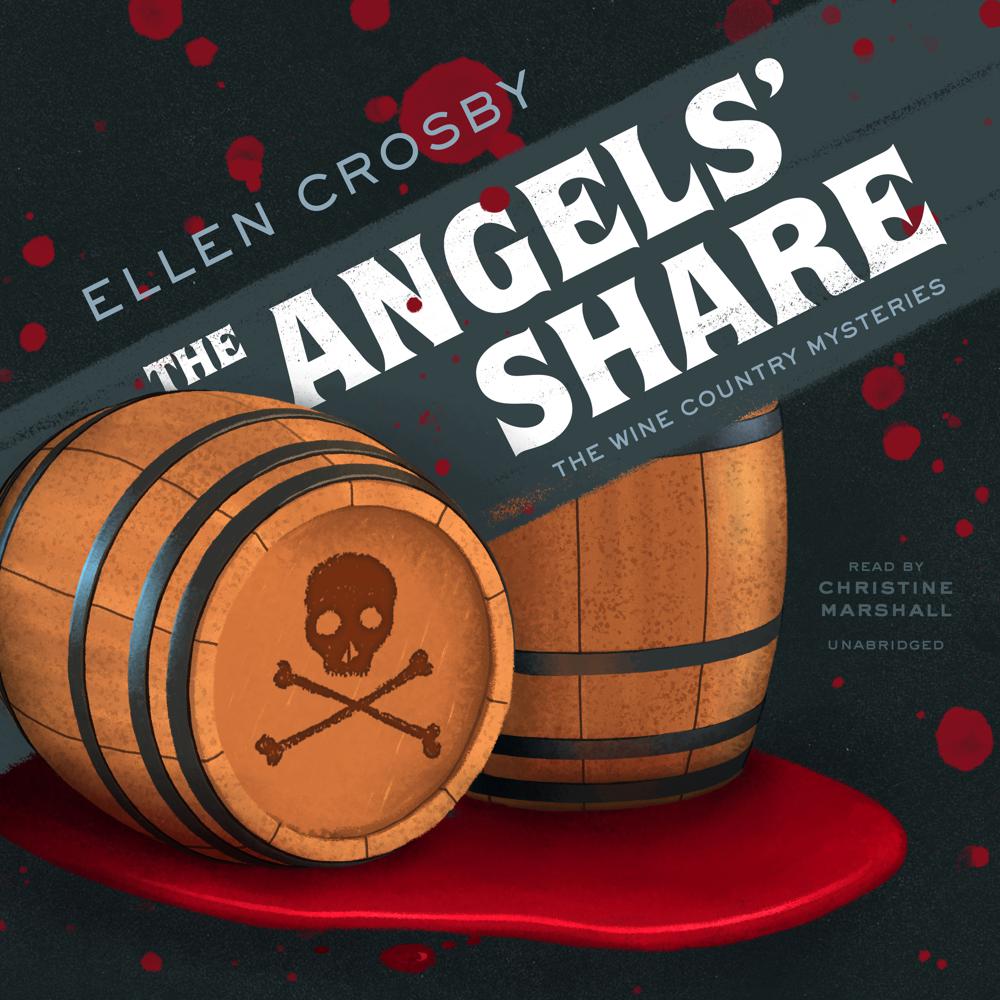 Ellen Crosby pours up another corking mystery with The Angels’ Share, an intriguing blend of secret societies, Prohibition bootleg wine, and potentially scandalous documents hidden by the Founding Fathers, all of which yield a vintage murder.

When Lucie Montgomery attends a Thanksgiving weekend party for friends and neighbors at Hawthorne Castle, an honest-to-goodness castle owned by the Avery family, the last great newspaper dynasty in America and owner of the Washington Tribune, she doesn’t expect the festive occasion to end in death.

During the party, Prescott Avery, the ninety-five-year-old family patriarch, invites Lucie to his fabulous wine cellar where he offers to pay any price for a cache of two hundred–year-old Madeira that her great-great-uncle, a Prohibition bootlegger, discovered hidden in the US Capitol in the 1920s. Lucie knows nothing about the valuable wine, believing her late father, a notorious gambler and spendthrift, probably sold or drank it. By the end of the party Lucie and her fiancé, winemaker Quinn Santori, discover Prescott’s body lying in his wine cellar. Is one of the guests a murderer?

As Lucie searches for the lost Madeira, which she believes links Prescott’s death to a cryptic letter her father owned, she learns about Prescott’s affiliation with the Freemasons. More investigating hints at a mysterious vault supposedly containing documents hidden by the Founding Fathers and a possible tie to William Shakespeare. If Lucie finds the long-lost documents, the explosive revelations could change history. But will she uncover a three hundred–year-old secret before a determined killer finds her?

“This well-plotted addition to these award-winning mysteries will appeal to fans of the series and historical puzzles, as seen in the film National Treasure.”

“Entwined with fascinating facts about wine and winemaking, this satisfying addition to the series will please oenophiles.”

“Wine lore and mystery, both historical and modern, combine in an enthralling read.”