This Is Not the Jess Show
Anna Carey 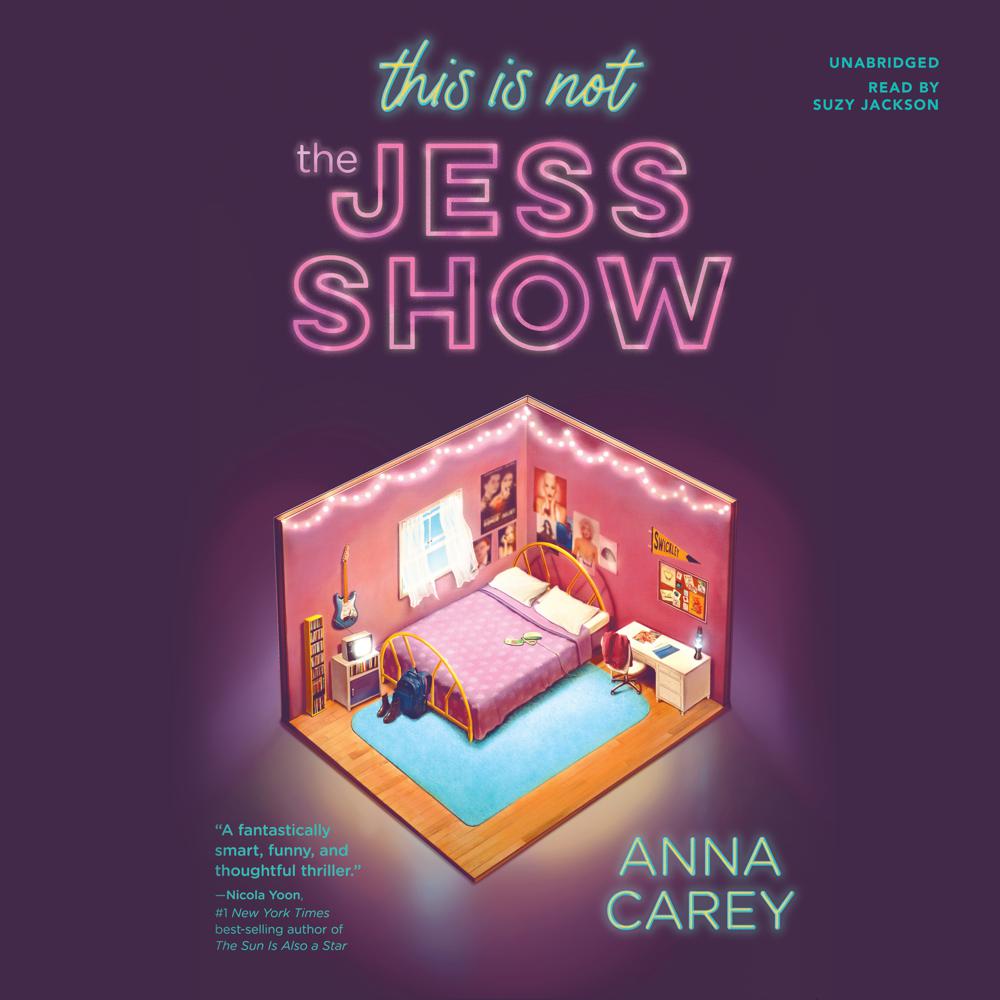 Black Mirror meets My So-Called Life in this fast-paced, timely YA thriller about separating fact from fiction—and how far we’ll go to create our own version of reality.

Like any other teenager, Jess Flynn is just trying to get through her junior year without drama … but drama seems to keep finding her. Between a new crush on her childhood best friend, overprotective parents cramping her social life, and her younger sister’s worsening health, the only constant is change—and her hometown of Swickley, which feels smaller by the day.

Swickley is getting weirder by the day, too. Half the population has been struck down by a mysterious flu. Conversations end awkwardly when Jess enters the room. And then one day, a tiny, sleek black device—with an apple logo on it—falls out of her best friend’s backpack and lands at Jess’s feet.

“This is Not the Jess Show goes deep in exploring how people live their lives and create their own realities—sometimes at a cost.”

“At once thought-provoking and hilarious, This Is Not the Jess Show is a timely, incisive book so masterfully plotted you won’t want to put it down.”

“I read this in a single, compulsive sitting. A fantastically smart, funny, and thoughtful thriller about how our devices manipulate and exploit our closest relationships.”

“Such a fun read! Nostalgic, romantic, thrilling, and with an exciting twist, I devoured This Is Not the Jess Show and didn’t want it to end!”

“A thrilling and thought-provoking ride.”

“The fast-paced, intricate plot ramps up Jess’s paranoia and frustration, both of which are vividly expressed through her first-person narrative. In the end, things don’t go quite as planned, but, well, that’s life.”