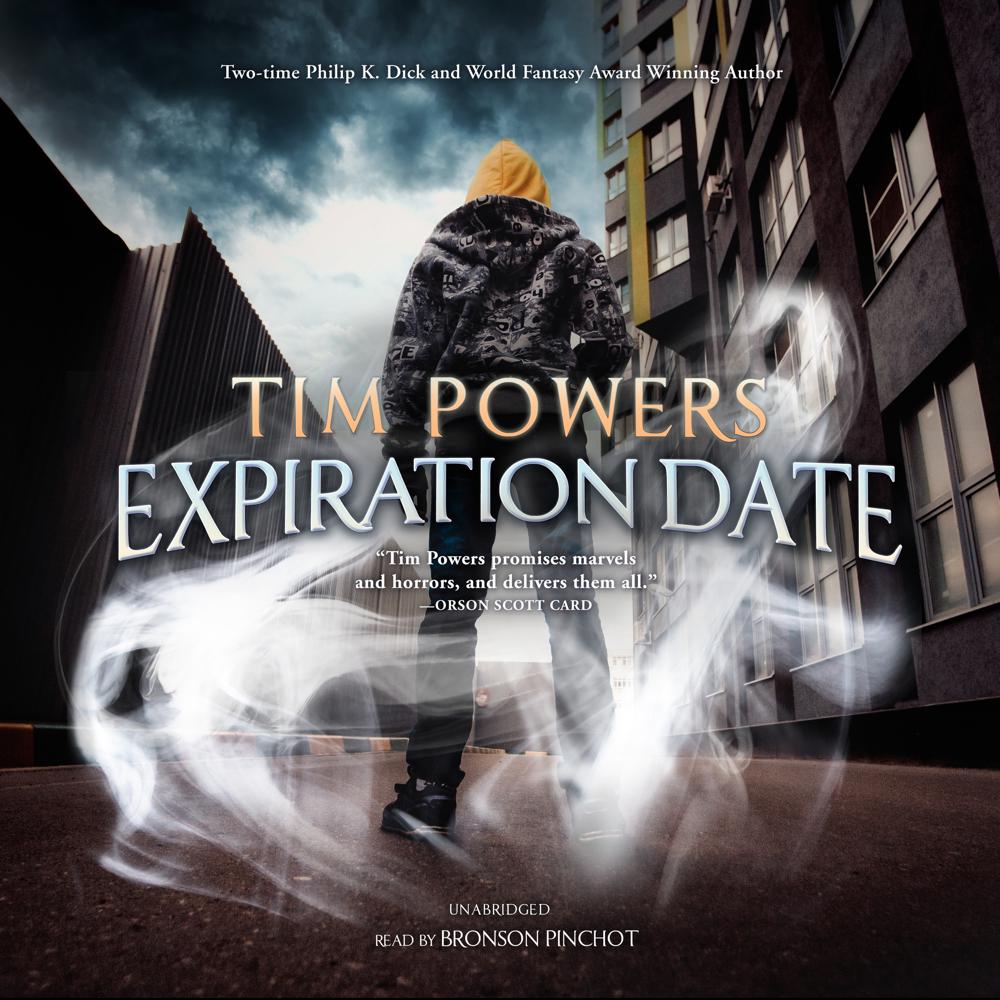 Ghosts can be caught, bottled, and sold by covert dealers to addicts who inhale the things—and when a young boy named Kootie accidentally inhales the ghost of Thomas Edison, he finds that all the factions of Los Angeles’s occult underground are after him, determined to kill him and get Edison’s powerful ghost for themselves.

Aided by Edison’s confused and irascible ghost, Kootie flees—and finds himself dodging perils natural and supernatural in the gritty alleys and trainyards of a Los Angeles that tourists never see.

From the slums around the LA River, to the abandoned Houdini mansion in the Hollywood Hills, to a final dramatic confrontation on the haunted ocean liner Queen Mary docked in Long Beach, Expiration Date is a heart-stopping supernatural adventure from one of fantasy fiction’s most original talents.

“The novel is a minefield of exploding surprises that will have readers convinced that the author has tapped into a more magical reality behind everyday life.”