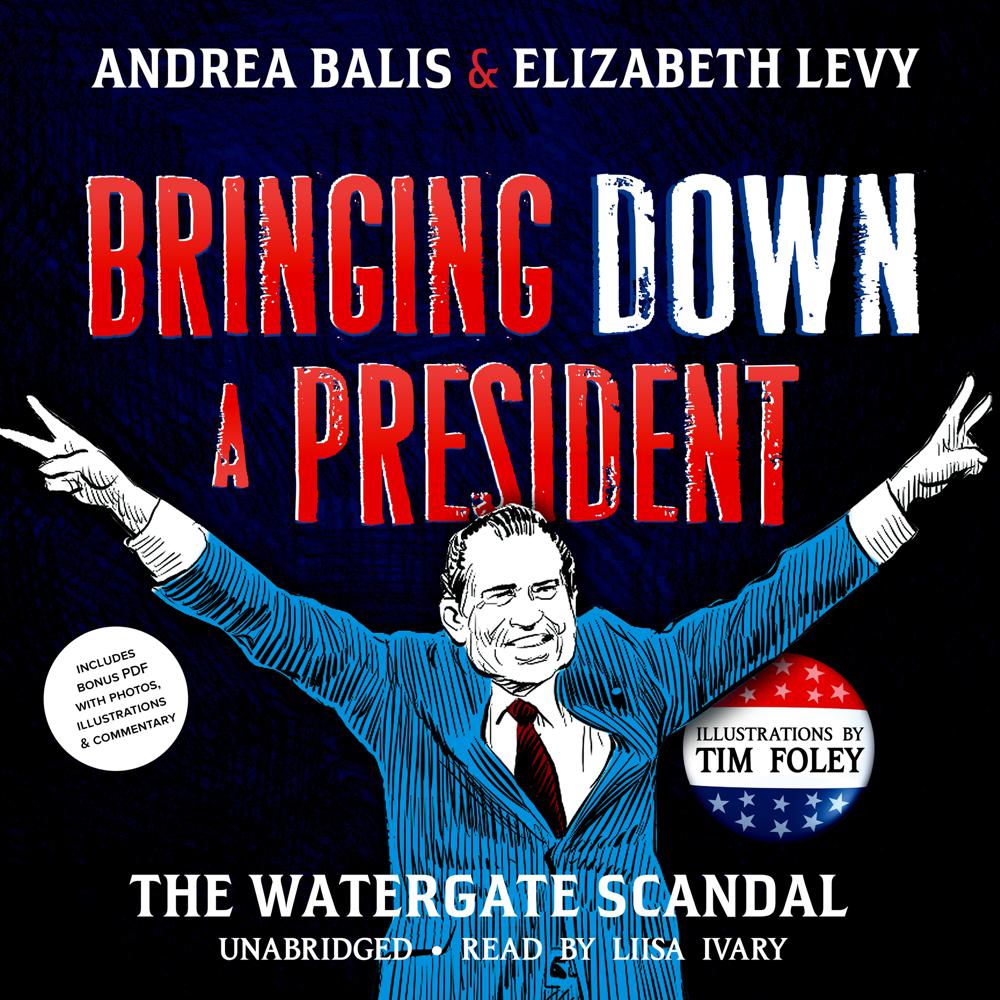 A middle-grade retelling of Richard Nixon’s downfall, Bringing Down a President: The Watergate Scandal is an inventive and timely look at one of the biggest scandals to ever rock our nation by Andrea Balis and Elizabeth Levy.

Comprised almost completely of primary source quotes (good thing Nixon’s recorder was on) and interspersed with contextual narrative, this captivating account of the trials and tribulations of the Nixon Administration has been rendered screenplay style offering an extraordinarily immediate narrative of one of America’s most turbulent eras.

“The book’s unbiased presentation is refreshing. Its focus on the human aspects of Watergate, equally so. Ultimately, Balis and Levy walk readers through the scandal with expertise. A compelling book that deserves to be on the shelf.”

“Riveting…This valuable book reminds us that we can learn from the lessons of history and so avoid reprising the dark days of this national nightmare.”