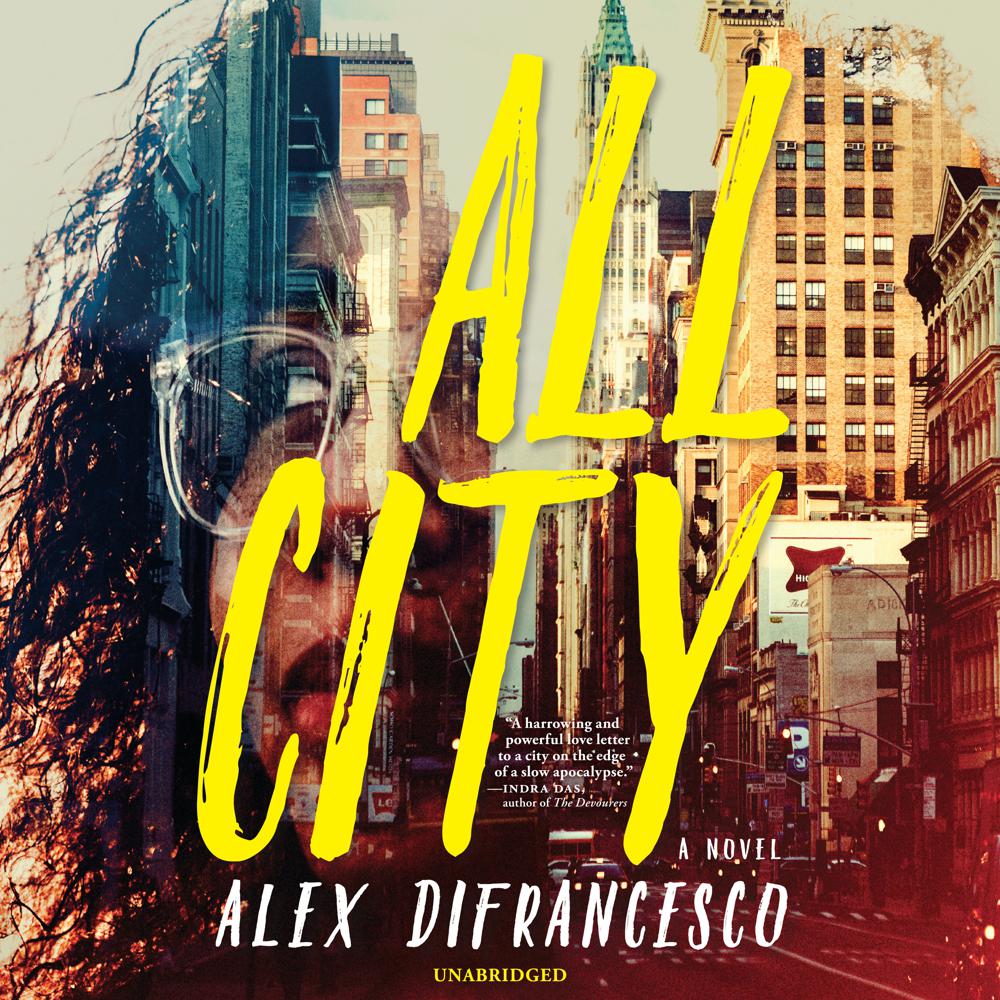 All City is more than a novel, it’s a foreshadowing of a world to come.

In a near-future New York City ravaged by climate change and economic inequality, a superstorm hits, leaving behind only those who had nowhere else to go and no way to get out. Among those who remain are twenty-four-year-old Makayla, who works in the city’s most ubiquitous convenience store chain, and Jesse, an eighteen-year-old, genderqueer anarchist living in an abandoned IRT station in the Bronx. In the aftermath of the storm, Jesse joins Makayla’s group of remainders in an abandoned luxury condo building, carving out a small sanctuary in the midst of a destroyed city.

Meanwhile, mysterious, colorful murals begin to appear throughout NYC, bringing hope to the forsaken and left-behind. But the storm’s castaways aren’t the only ones who find beauty in the art: the media, having long abandoned the supposedly hopeless metropolis, “discovers” the emergence of the murals. When one appears on Makayla and Jesse’s repurposed luxury condo, it is only a matter of time before the landlord class comes back to claim the city for themselves.

“Set in the near future…this new reality…could be our own sooner than we realize if we don’t heed this warning.”

“The plot is laced with sly commentaries on gender, income inequality, and gentrification…with nimble prose and complex characters, which feel shockingly familiar.”

“A unique and original dystopian novel…simply riveting read from cover to cover.”

“This loving, grieving warning thoughtfully traces the resilience, fragility, and joy of precarious communities in an immediate, compassionate voice.”