Most Spectacular Restaurant in the World
Tom Roston 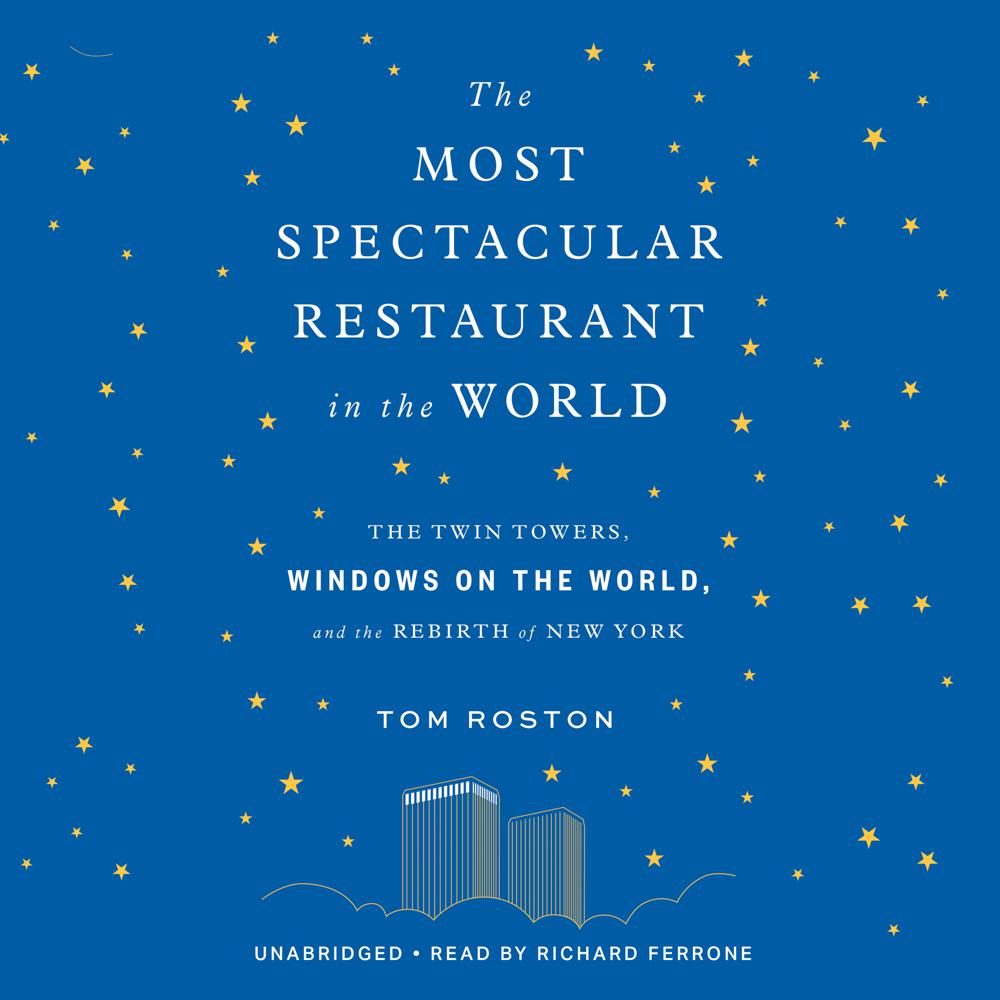 The remarkable story of a restaurant on top of the world—built by a legend, destroyed in tragedy—and an era in New York City it helped to frame

In the 1970s, New York City was plagued by crime, filth, and an ineffective government. The city was falling apart, and even the newly constructed World Trade Center threatened to be a fiasco. But in April 1976, a quarter-mile up on the 107th floor of the North Tower, a new restaurant called Windows on the World opened its doors—a glittering sign that New York wasn’t done just yet.

In The Most Spectacular Restaurant in the World, journalist Tom Roston tells the complete history of this incredible restaurant, from its stunning $14-million opening to 9/11 and its tragic end. There are stories of the people behind it, such as Joe Baum, the celebrated restaurateur, who was said to be the only man who could outspend an unlimited budget; the well-tipped waiters; and the cavalcade of famous guests, as well as everyday people celebrating the key moments in their lives. Roston also charts the changes in American food, from baroque and theatrical to locally sourced and organic. Built on nearly 150 original interviews, The Most Spectacular Restaurant in the World is the story of New York City’s restaurant culture and the quintessential American drive to succeed.

“Roston’s book…doesn’t just chart the dazzling opening and tragic end of a fine-dining establishment. It also tells the star-studded, no holds barred story of modern dining, American grit, and what it takes to make it in the toughest town in the world.”

“This isn’t just an account of the restaurant but also a history of fine dining over the past 150 years, rooted in the emergence of New York’s restaurant culture and following the ebb and flow of the city’s own tumultuous history over the second half of the twentieth century.”

“Roston has woven together a riveting history of New York City since its near collapse in the 1970s and intriguing stories about the restaurant business…The World Trade Center was cold and ugly from its inception, but its restaurant was magical.”

“With exhaustive research and crystalline writing, Tom Roston unspools the glamorous story of a culinary temple in the sky, of cooks and busboys proud to work amidst clouds, and of an era that today seems romantic and innocent.”