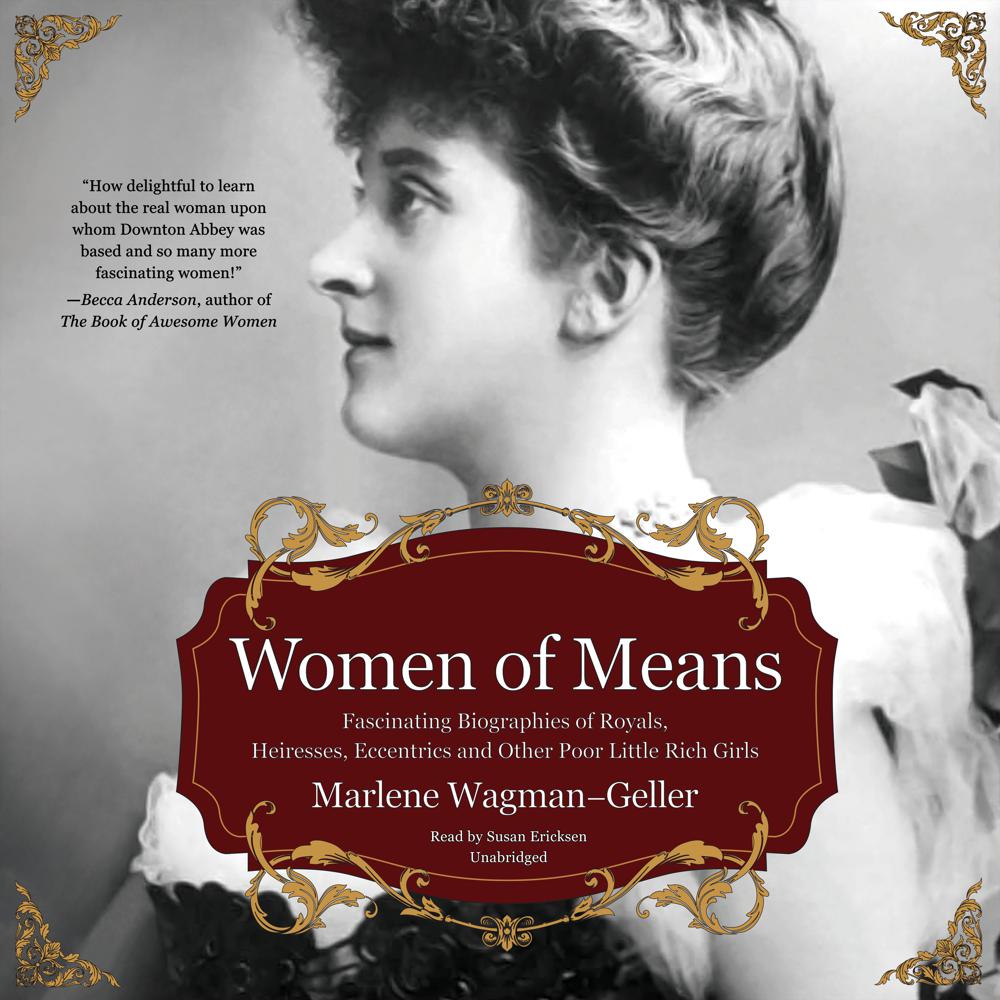 Glimpse behind the façade of rich and famous women

The Grass Isn’t Greener on the Other Side: Heiresses have always been viewed with eyes of envy. They were the ones for whom the cornucopia had been upended, showering them with unimaginable wealth and opportunity. However, through intimate historical biographies, Women of Means shows us that oftentimes the weaving sisters saved their most heart-wrenching tapestries for the destinies of wealthy women.

Happily Never After: From the author of Behind Every Great Man, we now have Women of Means, vignettes of the women who were slated from birth―or marriage―to great privilege, only to endure lives which were the stuff Russian tragic heroines are made of. They are the nonfictional Richard Corys―those not slated for happily ever after.

Women of Means is bound to be a non-fiction bestseller, full of the best biographies of all time. Some of the women whose silver spoons rusted include:

Almina Carnarvon, the real-life counterpart to Lady Cora of Downton AbbeyLiliane Bettencourt, whose chemist father created L’Oreal … and was a Nazi collaboratorPeggy Guggenheim, who had an insatiable appetite for modern art and menNica Rothschild, who traded her gilded life to become the Baroness of BebopJocelyn Wildenstein, who became a cosmetology-enhanced cat-womanRuth Madoff, the dethroned queen of ManhattanPatty Hearst, who trod the path from heiress … to terrorist

“Narrator Susan Ericksen creates a cadence that carries listeners smoothly from one woman to the next…Ericksen allows listeners to savor their adventures by controlling her phrasing and inflection.”

“If you’ve ever wished you had all the money in the world, read Women of Means by Marlene Wagman-Geller. Written in her usual witty prose, these enthralling but petrifying mini-biographies show that when a woman is too wealthy, it can be a curse rather than a blessing.”

“Wagman-Geller’s stories made me gasp and lodged my chin firmly on my chest as she chronicled the lives of women without a financial care in the world, whose appetites led so often to disaster.”