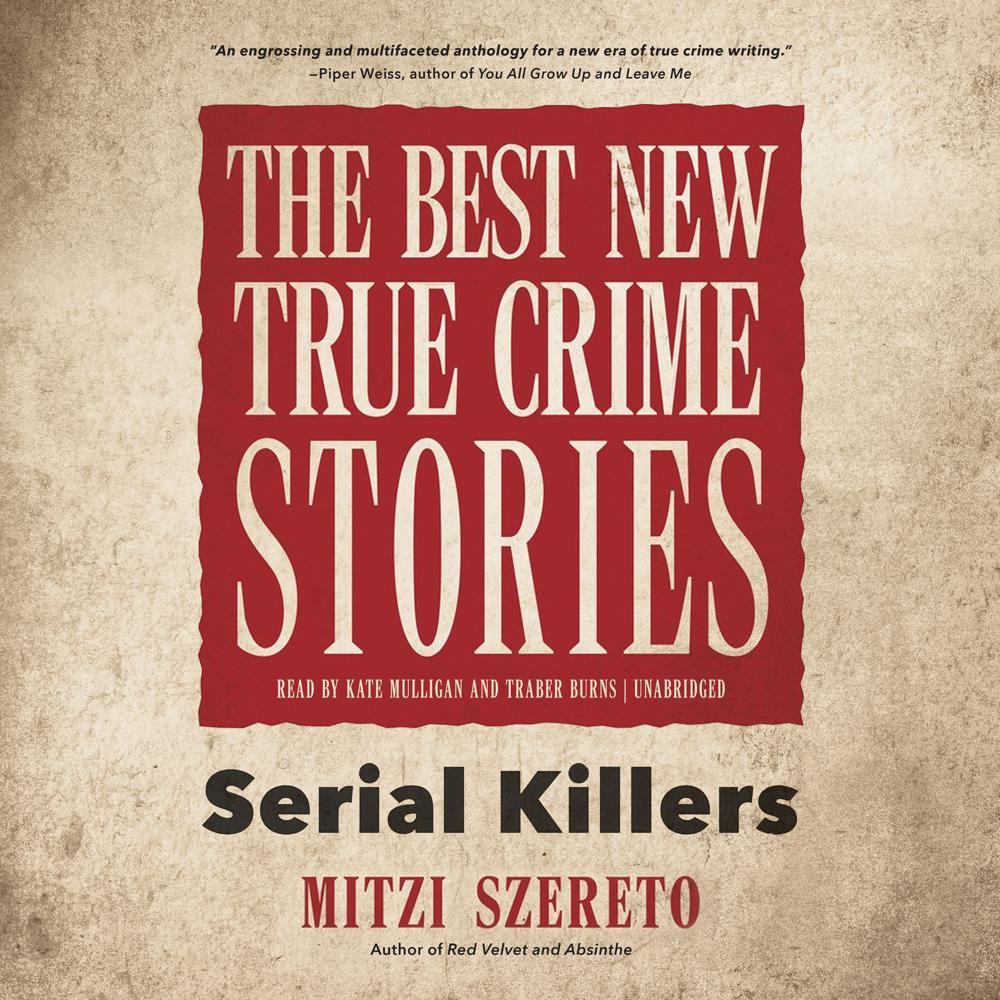 A serial killer―your neighbor, friend, even your spouse?

Serial killers: Ted Bundy, John Wayne Gacy, and Jeffrey Dahmer are often the first names that spring to mind. Many people assume serial killers are primarily an American phenomenon that came about in the latter part of the twentieth century. But such assumptions are far from the truth. Serial killers have been around for a very long time and can be found in every corner of the globe―and they’re not just limited to the male gender either. Some of these predators have been caught and brought to justice whereas others have never been found, let alone identified. Serial killers can be anywhere. And scarier still, they can be anyone.

If you are a fan of true crime books such as I’ll Be Gone in the Dark, Mindhunter, The Devil in the White City, or Peter Vronsky’s Sons of Cain, you will want to read Mitzi Szereto’s The Best New True Crime Stories: Serial Killers. This book will leave you wondering if it’s ever really possible to know who’s behind the mask you’re allowed to see.

“In this new anthology, editor Mitzi Szereto collects some of the day’s very best true crime writing focused on one (troubling, fascinating, compelling) strand of the crime world: serial killers.”

“For anyone interested in serial killers, The Best New True Crime Stories: Serial Killers is a must read.”

“The stories in The Best New True Crime Stories: Serial Killers provide insight into a compulsion that’s unfathomable to the average person. Can’t get enough true crime? This thought-provoking, highly readable collection will scratch that itch.”

“A clear and startling portrait of murder as an addiction and the very human demons that haunt the lives of killers and victims alike.”

“This fascinating collection goes beyond the procedural to raise important questions about how man’s darkest impulses both threaten and consume us―as individuals and as a culture.”