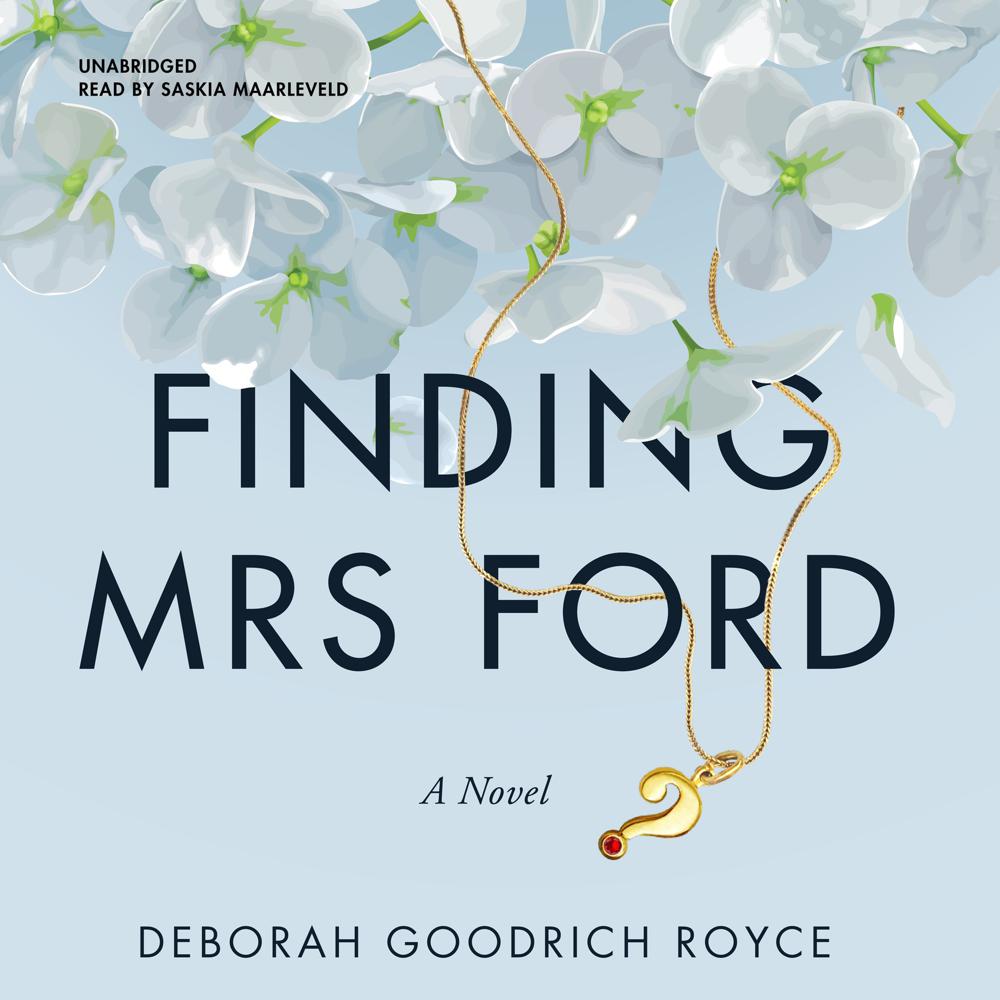 On a sunny summer morning by the sea in New England, Susan Ford’s cocoon of privilege is threatened when an Iraqi man from her distant past boards a plane in Baghdad to come find her.

Mrs. Ford leads a privileged life. From her Blenheim spaniels to her cottage on the coast of Watch Hill, Rhode Island, she carefully curates her world. Hair in place, house in place, life in place, Susan Ford keeps it under control.

Early one morning in the summer of 2014, the past pays a call to collect. The FBI arrives to question her about a man from Iraq—a Chaldean Christian from Mosul—where ISIS has just seized control. Sammy Fakhouri, they say, is his name and they have taken him into custody, picked up on his way to her house.

Back in the summer of 1979, on the outskirts of a declining Detroit, college coed Susan meets charismatic and reckless Annie. They are an unlikely pair of friends, but they each see something in the other—something they’d like to possess. Studious Susan is a moth to the flame that is Annie. Yet, it is dazzling Annie who senses that Susan will be the one who makes it out of Detroit.

Together, the girls navigate the mine fields of a down-market disco where they work their summer jobs. It’s a world filled with pretty girls and powerful men, some of whom—like Sammy Fakhouri—happen to be Iraqi Chaldeans.

What happened in that summer of 1979 when Susan and Annie met? Why is Sammy looking for Susan all these years later? And why is Mrs. Ford lying?

“Brimming with vivid characters and emotional insight, Finding Mrs. Ford tackles big themes of identity, friendship, and loss, spinning out the suspense to the last page. A total triumph.”

“Something about the flashbacks—from staid, starchy Watch Hill, RI, in 2014, to big, bad Detroit in 1979—made it feel sexy and a little dangerous…The story is a fun one, with a nifty twist midway.”

“Unravels the decades-old secret behind an otherwise perfect life…The novel’s payoff is a thrilling twist that comes late in the book. As Susan accepts that the truth will cost her everything she’s known, her memories of 1979 become more vibrant, violent, and graphic. The real thrill of Finding Mrs. Ford comes from reconciling the person Susan says she is with the girl she used to be.”

“An impressively original, immediately engaging, and thoroughly entertaining novel by an author with a distinctive narrative storytelling style, Finding Mrs. Ford by Deborah Goodrich Royce is unequivocally and unreservedly recommended.”

“Royce has done a sterling job of incorporating all the things our mothers warned us about…which is where the title of the book comes in. Don’t think you know who’s at the door, what’s in the envelope, or who’s been sleeping with whom until all the players have been accounted for.”

“Royce, an actress and a story editor for Miramax, imbues her debut novel with plenty of drama, suspense, and sharp observations…A compelling, well-written thriller with an effective, twisty plot.”

“An exquisitely written literary thriller that compels the reader forward right to the last page.”

“Written from start to finish with crisp and poignant prose, compelling characters and setting, Finding Mrs. Ford entertains as much with imagery as with its masterful plot twists. I couldn’t put it down.”