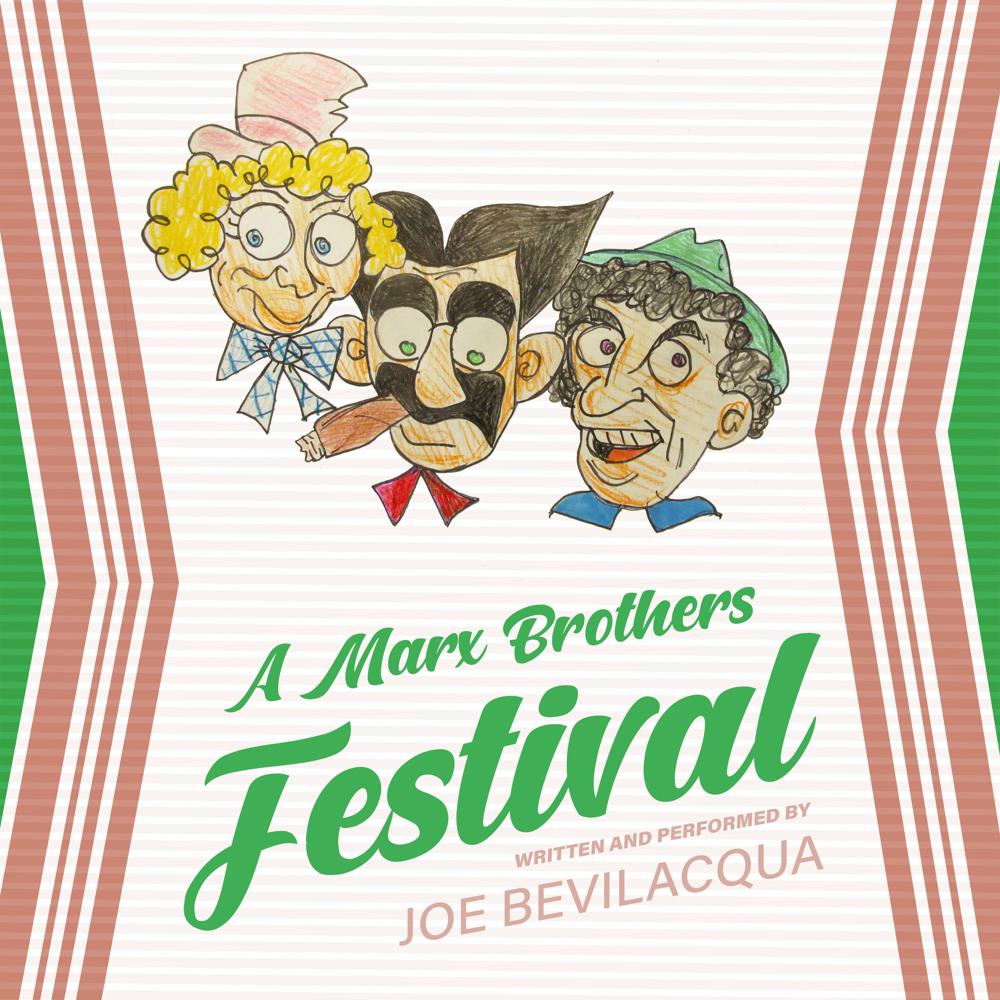 A Marx Brothers Festival is a hilarious collection of tributes, parodies, and rarities—written, produced, and performed by Joe Bevilacqua. Bonus tracks feature remastered radio and TV performances by Groucho, Chico, and Harpo.

The Marx Brothers were an American family comedy act that was successful in vaudeville, on Broadway, and in motion pictures from 1905 to 1949. Five of the Marx Brothers’ thirteen feature films were selected by the American Film Institute (AFI) as among the top 100 comedy films, with two of them, Duck Soup (1933) and A Night at the Opera (1935), in the top twelve.