Buried in the Stacks
Allison Brook 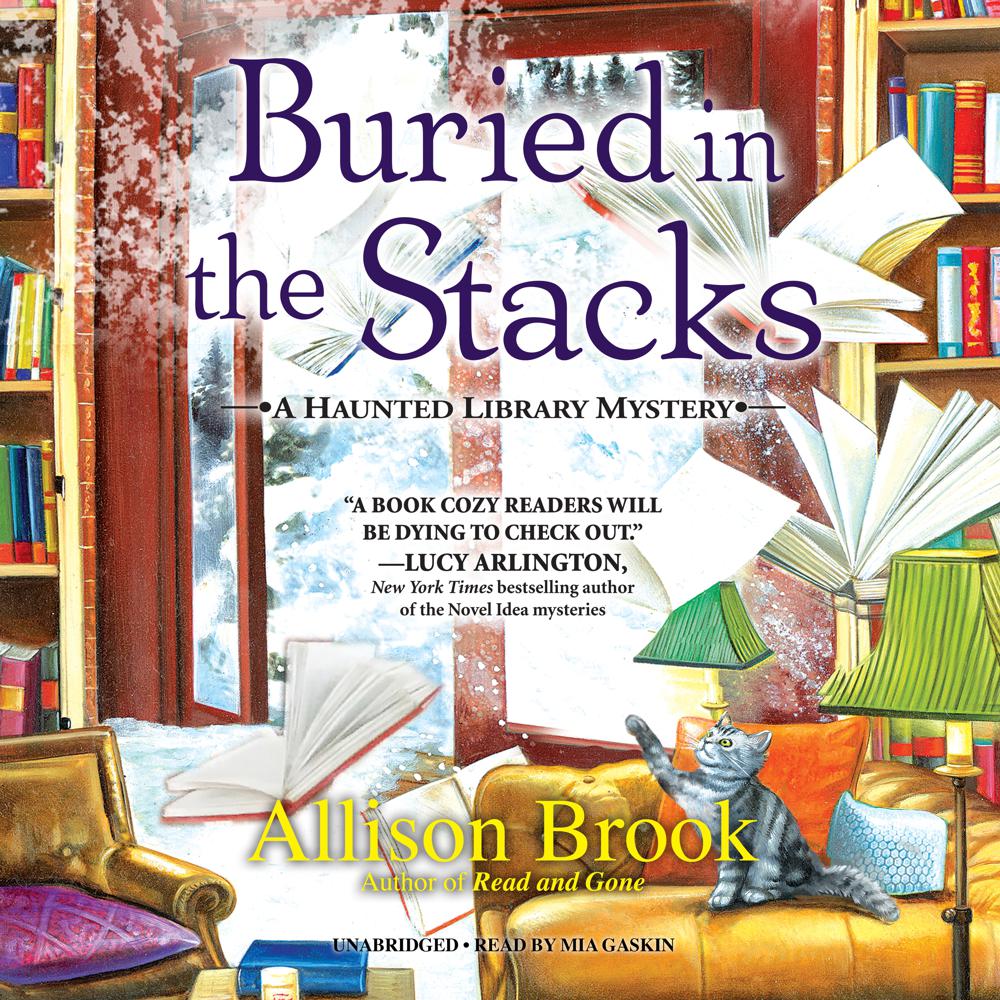 Librarian Carrie Singleton is building a haven, but one of her neighbors is misbehavin’. Can resident spirit Evelyn help Carrie catch the culprit who made her a ghost?

In winter, the Haunted Library is a refuge for homeless townspeople. When a group purchases a vacant house to establish a daytime haven for the homeless, Carrie offers the library as a meeting place for the Haven House committee, but quickly learns that it may be used for illegal activities.

As the new Sunshine Delegate, Carrie heads to the hospital to visit her cantankerous colleague, Dorothy, who had fallen outside the local supermarket. She tells Carrie that her husband tried to kill her—and that he murdered her Aunt Evelyn, the library’s resident ghost, six years earlier.

And then Dorothy is murdered—run off the road as soon as she returns to work. Evelyn implores Carrie to find her niece’s killer, but that’s no easy task: Dorothy had made a hobby of blackmailing her neighbors and colleagues. Carrie, Evelyn, and Smoky Joe the cat are on the case, but are the library cards stacked against them?