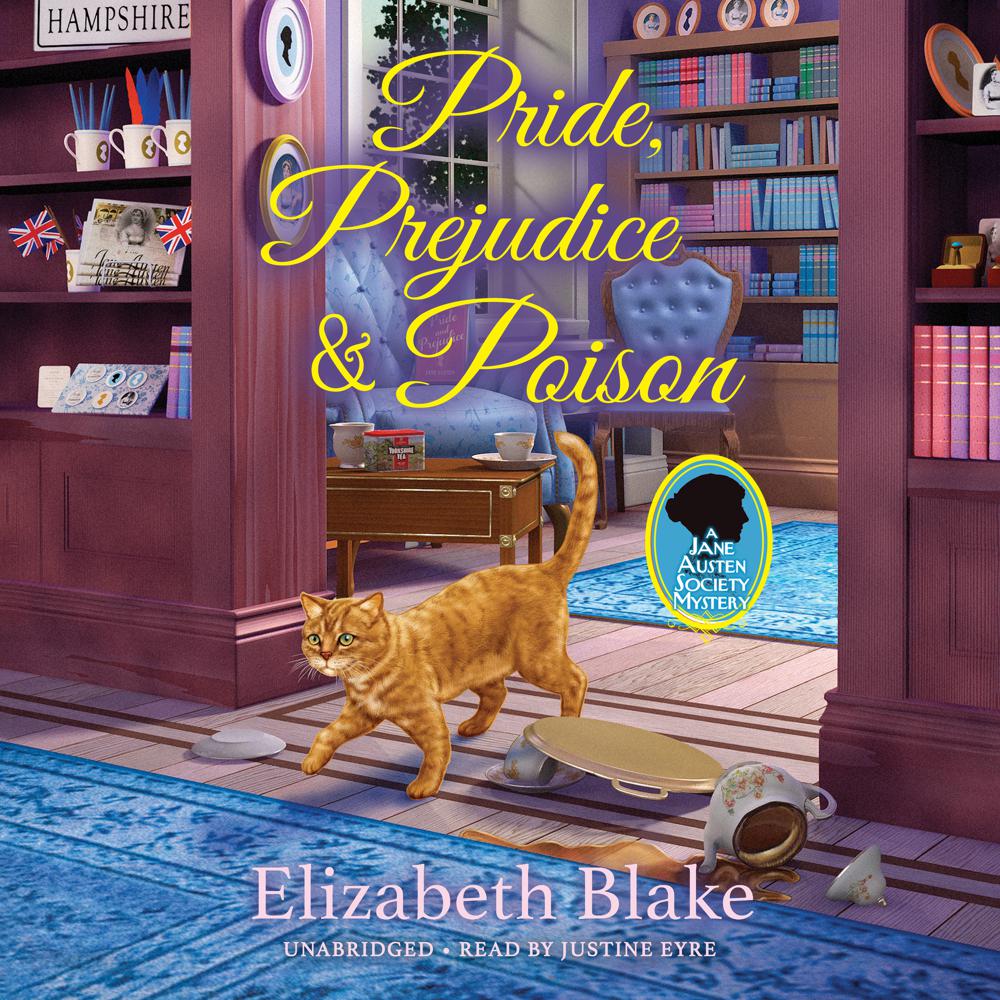 In this Austen-tatious debut, antiquarian bookstore proprietor Erin Coleridge uses her sense and sensibility to deduce who killed the president of the local Jane Austen Society.

Erin Coleridge’s used bookstore in Kirkbymoorside, North Yorkshire, England, is a meeting place for the villagers and, in particular, for the local Jane Austen Society. At the Society’s monthly meeting, matters come to a head between the old guard and its young turks. After the meeting breaks for tea, persuasion gives way to murder―with extreme prejudice―when president Sylvia Pemberthy falls dead to the floor. Poisoned? Presumably … but by whom? And was Sylvia the only target?

Handsome―but shy―Detective Inspector Peter Hemming and charismatic Sergeant Rashid Jarral arrive at the scene. The long suspect list includes Sylvia’s lover Kurt Becker and his tightly wound wife Suzanne. Or, perhaps, the killer was Sylvia’s own cuckolded husband, Jerome. Among the many Society members who may have had her in their sights is dashing Jonathan Alder, who was heard having a royal battle of words with the late president the night before.

Then, when Jonathan Alder narrowly avoids becoming the next victim, Farnsworth (the town’s “cat lady”) persuades a seriously time-crunched Erin to help DI Hemming. But the killer is more devious than anyone imagines.

“The author, who is also a poet, includes lyrical descriptions of the countryside. For Austen fans, the liberal scattering of Austen quotes and references will delight, but they do not detract from the flow. This is the first in a new series and the first by Carole Lawrence writing under a new pseudonym.”

“Utterly charming, and as cozy as a cup of tea by a crackling fire. A must read for Jane Austen fans―and anybody else who enjoys a witty, well-crafted mystery. I loved it!”