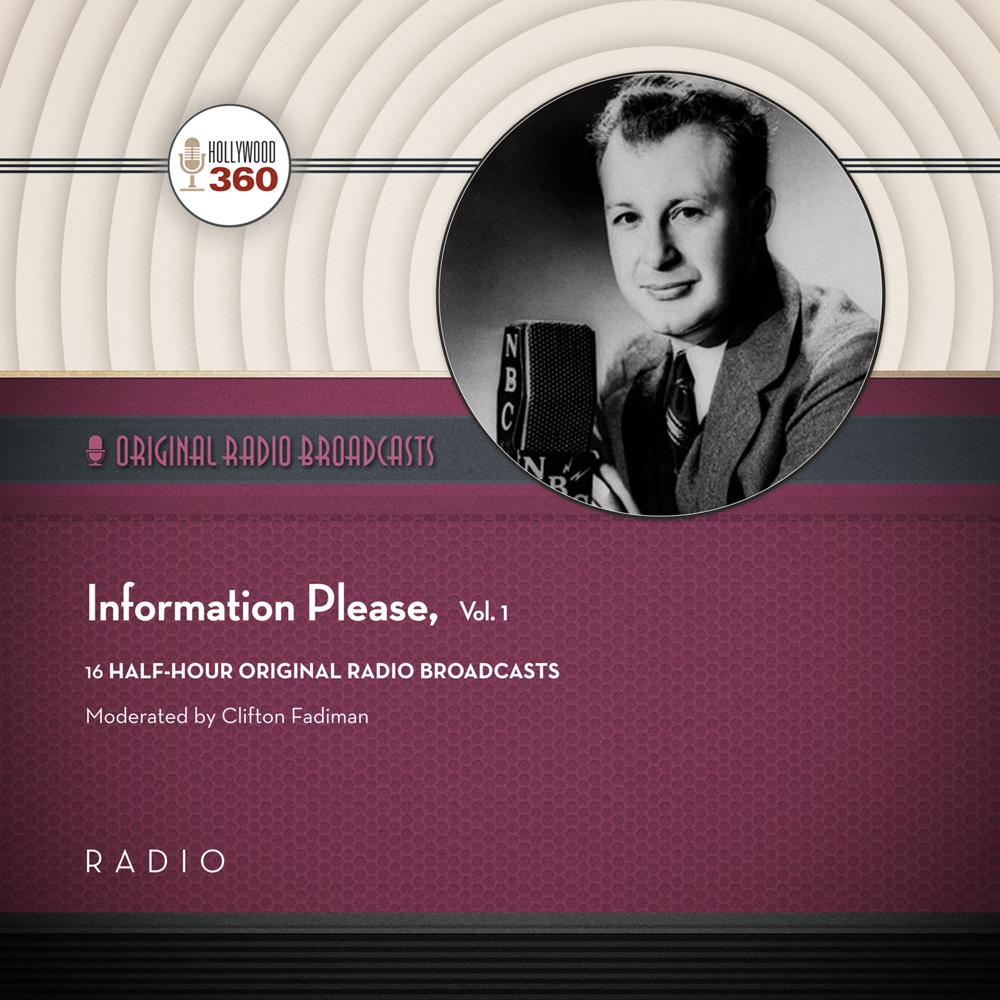 Information Please was a quiz show that aired on NBC radio from 1938 until 1951. Moderated by Clifton Fadiman, the show featured a panel of experts who would attempt to answer questions mailed in by audience members. Listeners were paid two dollars if the question was used and five dollars more if the experts could not answer the question correctly (when the show landed Canada Dry as a sponsor, the amounts were increased to five dollars and ten dollars, respectively, and increased higher by the time Lucky Strike took over sponsorship).

Information Please enjoyed a long run on radio and made a brief transition to television in 1952. Now you can enjoy sixteen episodes and try to guess along with the panelists!