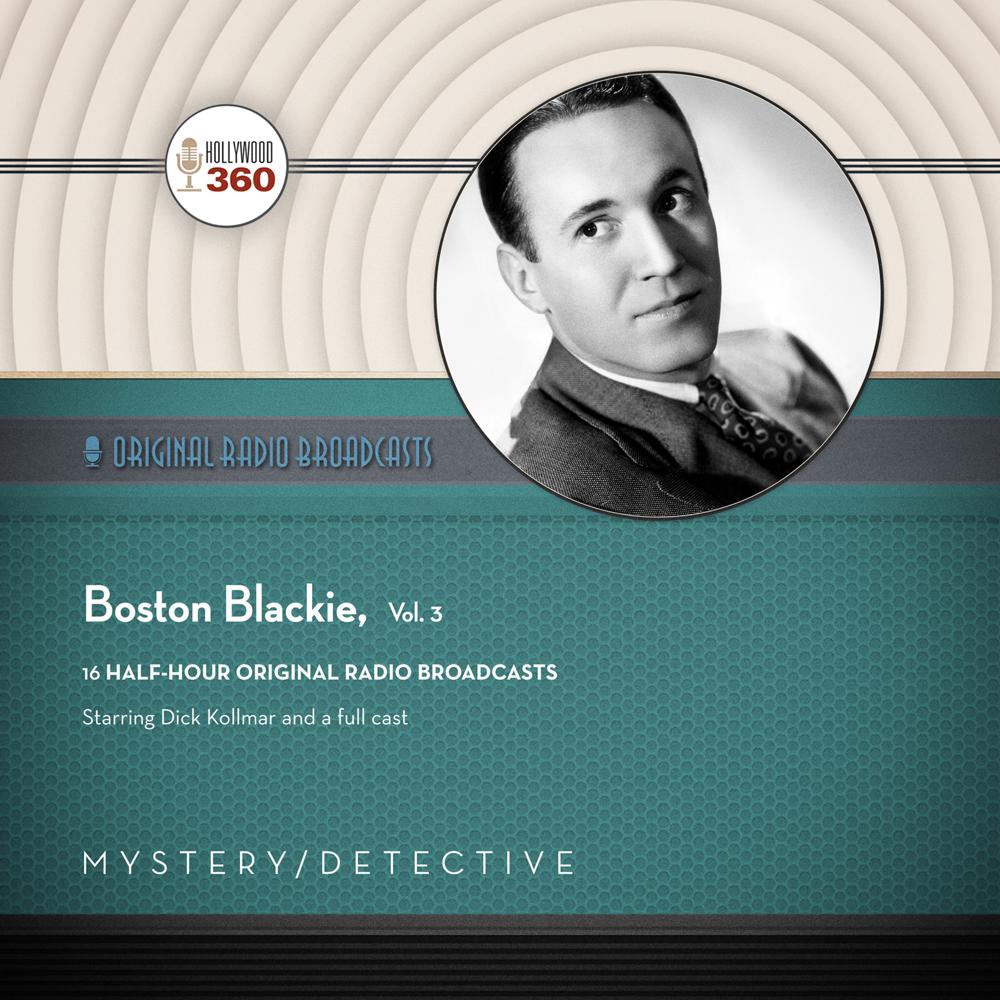 Boston Blackie—the amateur detective who was the enemy to those who make him an enemy, friend to those who have no friend!

Created by author Jack Boyle, Boston Blackie was a reformed jewel thief and safecracker, constantly suspected of crimes he did not commit and forced to play the role of detective to clear his name. His girlfriend, Mary Wesley, assisted Blackie from time to time, as did his pal Shorty. Forced to defend himself against the accusations of New York Police Inspector Faraday, Blackie always managed to stay one step ahead of the cops in solving a crime.

The wisecracks exchanged between Blackie and Faraday made the program an enjoyable mix of comedy and mystery. Chester Morris played the character in fifteen Boston Blackie films for Columbia. When The Amos ‘n’ Andy Show needed a summer replacement in 1944, Morris was lured to the NBC microphone for a short-lived Boston Blackie series. The following year, Boston Blackie was syndicated by Ziv with Dorothy Kilgallen’s husband, Dick Kollmar, in the title role. This syndicated series lasted until 1950. In 1951, the series made the leap to television starring Kent Taylor as Blackie, Lois Collier as Mary, and Frank Orth as Faraday.