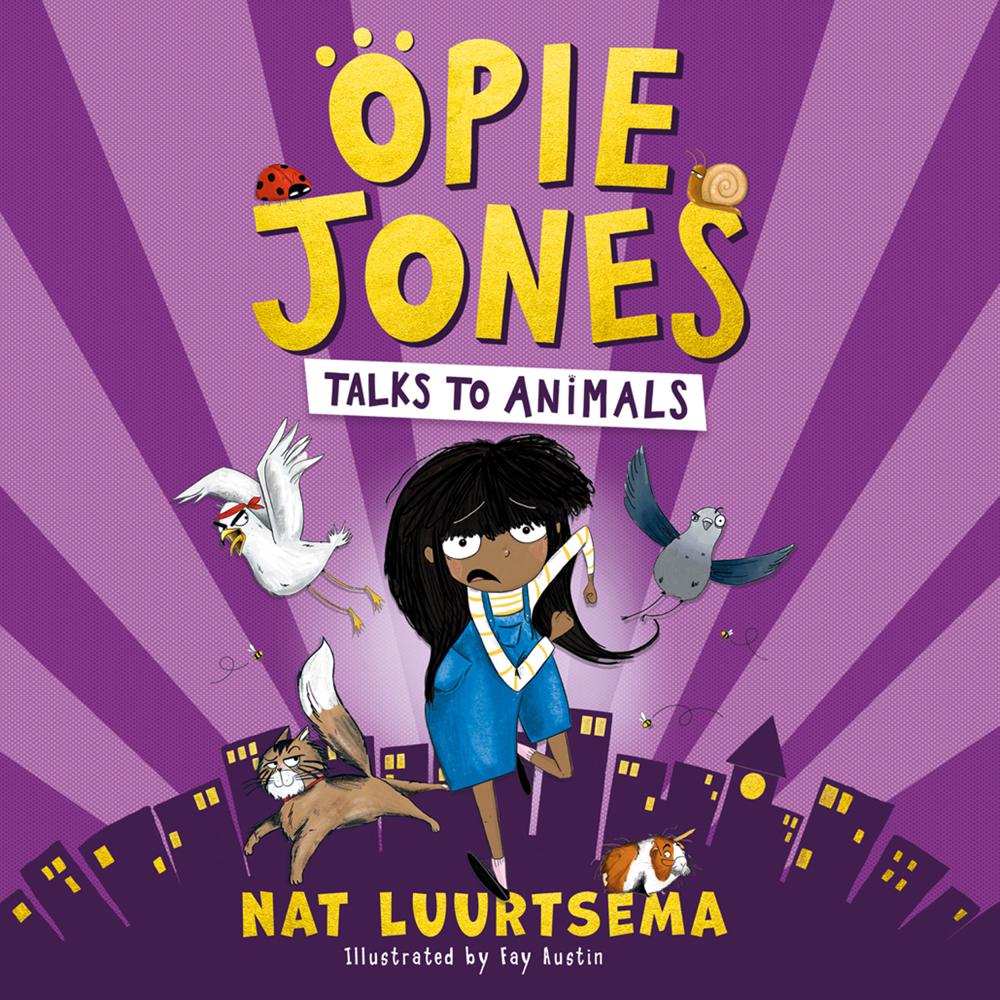 Dr Dolittle meets Kid Normal in a hilarious middle grade superhero series from comedian Nat Luurtsema. Perfect for fans of David Baddiel, My Brother is a Superhero and Lightning Girl

10-year-old Opie Jones is Very Ordinary. In fact nothing remarkable has ever happened to her, if you don’t count the cat that gives her funny looks from next door (which she doesn’t). So she is naturally very surprised when she is recruited to join The Resistance – a team of superheroes who can read minds, and have a dastardly brainwashing villain to defeat.

HOWEVER it turns out Opie can’t read human minds, she can read ANIMAL ones. The other members of the Resistance are very disappointed. And a whole world of animal chat and demands is opening up to her. She’s still a superhero, just one on her hands and knees in the mud, chatting to a pedantic worm.

But when the brainwashing villain is out to get Opie and her friends, it might just be that listening to all the creatures great and small is what makes Opie Jones the right person to save the world.