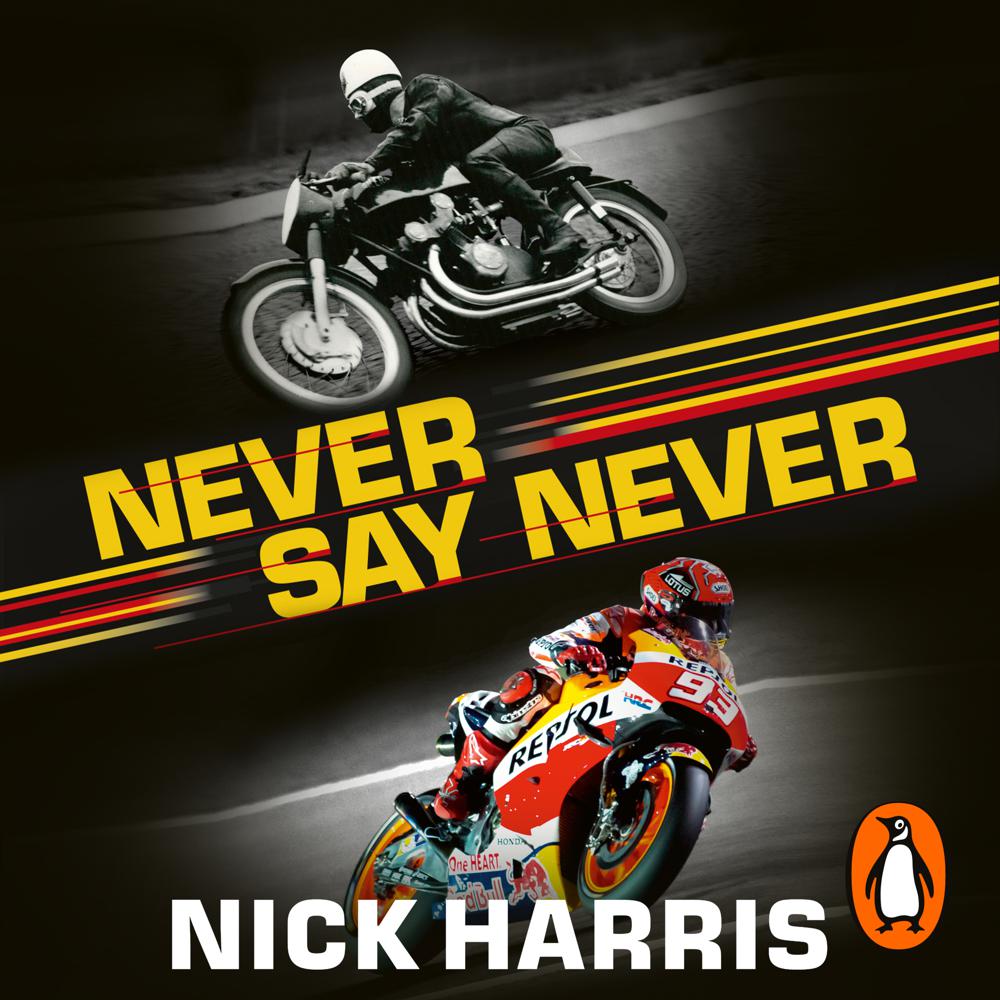 As 'The Voice' of motorcycle racing for forty years, commentator Nick Harris became the biggest star not on two wheels in the paddock, and this is his mostly eye-witness, white-knuckle account of MotoGP's scorching seventy-year history.

The story starts on the Isle of Man in 1949, when Geoff Duke, with his slicked-back hair and one-piece black leathers, became the nation's hero, defying the odds and winning the most dangerous race in the world on a British-built Norton. Just over a decade later at Mallory Park, another British champion and one of the greatest riders of all time Mike Hailwood screamed past a young Nick Harris on his 250cc Honda, and a life-long passion was born.

Harris has been at the centre of the sport for decades, getting to know the riders as individuals, seeings feuds unfold, champions made, careers and sometimes lives ended. We'll see the biggest podium stars up close, from Barry Sheene and Kenny Roberts to Valentino Rossi, and we'll meet the mechanics behind them, the manufacturers who poured millions into the teams, and the organisers who, in the early days, ruthlessly compromised rider safety for profits. The drama has often been as tense off the track as on it.

This is the book the motorcycling world has been waiting for.