How To Be Right
James O'Brien 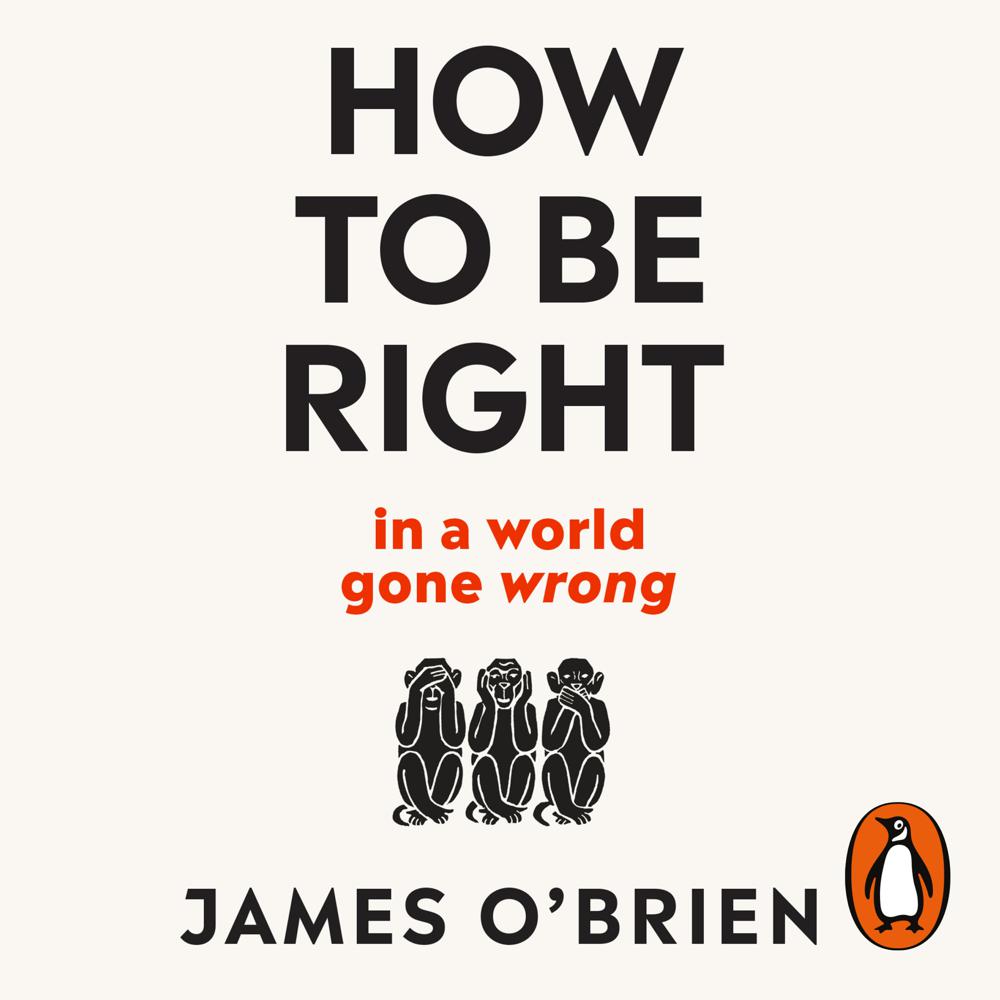 Random House presents the audiobook edition of How to Be Right, written and read by James O'Brien.

Forget agreeing to disagree – it’s time to learn How To Be Right.

Every day, James O’Brien listens to people blaming benefits scroungers, the EU, Muslims, feminists and immigrants. But what makes James’s daily LBC show such essential listening – and has made James a standout social media star – is the careful way he punctures their assumptions and dismantles their arguments live on air, every single morning.

In How To Be Right, James provides a hilarious and invigorating guide to talking to people with faulty opinions. With chapters on every lightning-rod issue, James shows how people have been fooled into thinking the way they do, and in each case outlines the key questions to ask to reveal fallacies, inconsistencies and double standards.

If you ever get cornered by ardent Brexiteers, Daily Mail disciples or little England patriots, this book is your conversation survival guide.


‘I have had a ringside seat as a significant swathe of the British population was persuaded that their failures were the fault of foreigners, that unisex lavatories threatened their peace of mind and that ‘all Muslims’ must somehow apologise for terror attacks by extremists. I have tried to dissuade them and sometimes succeeded… The challenge is to distinguish sharply between the people who told lies and the people whose only offence was to believe them.’
– James O’Brien

O’Brien is an exceptional broadcaster with a peerless ability to calmly point out the absurdity of certain viewpoints, a quality which similarly runs through this book ... provides a much-needed examination of the blustering rhetoric of politicians and media pundits, and brings a sliver of comfort to readers that they are not alone in their despair.

I know few broadcasters as consistently, forensically, brilliant as James O’ Brien. Here, he shows us -- with empathy, edge and exquisite comedy -- how it happens

James O’Brien has become the conscience of liberal Britain