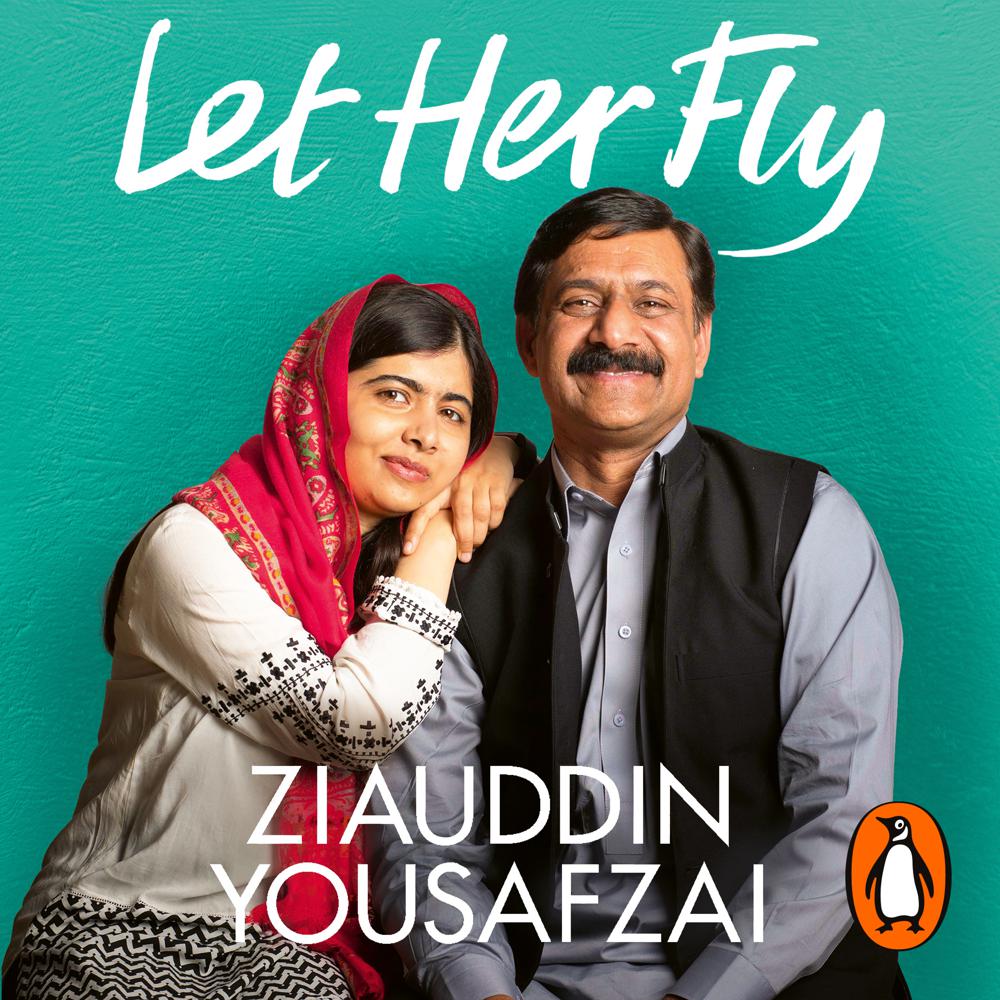 Random House presents the audiobook edition of Let Her Fly by Ziauddin Yousafzai, read by Adnan Kapadia and with an introduction read by the author.

“Whenever anybody has asked me how Malala became who she is, I have often used the phrase. ‘Ask me not what I did but what I did not do. I did not clip her wings’”

For over twenty years, Ziauddin Yousafzai has been fighting for equality – first for Malala, his daughter – and then for all girls throughout the world living in patriarchal societies. Taught as a young boy in Pakistan to believe that he was inherently better than his sisters, Ziauddin rebelled against inequality at a young age. And when he had a daughter himself he vowed that Malala would have an education, something usually only given to boys, and he founded a school that Malala could attend.

Then in 2012, Malala was shot for standing up to the Taliban by continuing to go to her father's school, and Ziauddin almost lost the very person for whom his fight for equality began.

Let Her Fly is Ziauddin’s journey from a stammering boy growing up in a tiny village high in the mountains of Pakistan, through to being an activist for equality and the father of the youngest ever recipient of the Nobel Peace Prize, and now one of the most influential and inspiring young women on the planet.

Told through intimate portraits of each of Ziauddin’s closest relationships – as a son to a traditional father; as a father to Malala and her brothers, educated and growing up in the West; as a husband to a wife finally learning to read and write; as a brother to five sisters still living in the patriarchy – Let Her Fly looks at what it means to love, to have courage and fight for what is inherently right. Personal in its detail and universal in its themes, this landmark book shows why we must all keep fighting for the rights of girls and women everywhere.

A beautiful and emotional read, throwing light on why he is so passionate about equality and education ... I shed a few tears reading it

A treatise on progressive parenting and an inspirational tale of a man’s fight to defeat misogyny ... perhaps the first guidebook for fathers – or men in general – who aspire to be feminists

Let Her Fly is Ziauddin’s account of his life and his fight for the rights of all children to receive equal education, opportunities and social and political recognition