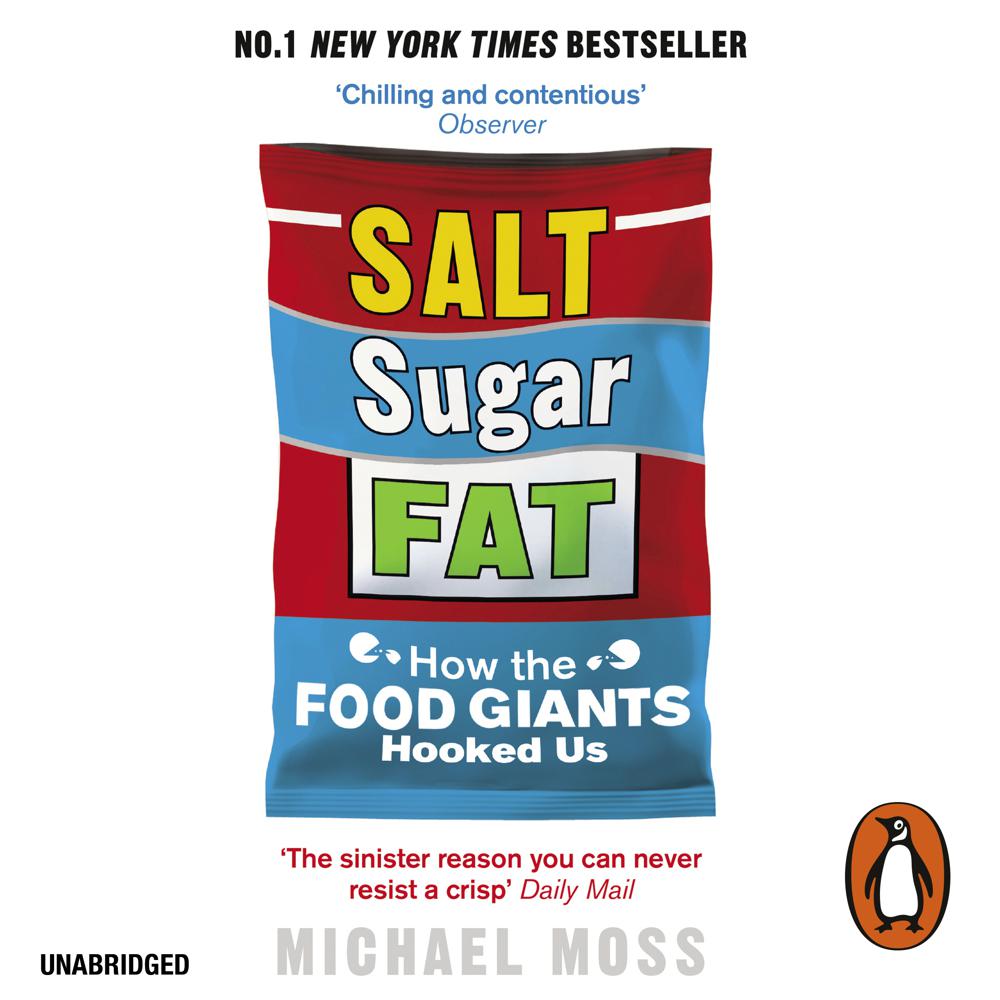 The No.1 New York Times Bestseller

In China, for the first time, the people who weigh too much now outnumber those who weigh too little. In Mexico, the obesity rate has tripled in the past three decades. In the UK over 60 per cent of adults and 30 per cent of children are overweight, while the United States remains the most obese country in the world.

We are hooked on salt, sugar and fat. These three simple ingredients are used by the major food companies to achieve the greatest allure for the lowest possible cost. Here, Pulitzer Prize-winning investigative reporter Michael Moss exposes the practices of some of the most recognisable (and profitable) companies and brands of the last half century. He takes us inside the labs where food scientists use cutting-edge technology to calculate the ‘bliss point’ of sugary drinks. He unearths marketing campaigns designed – in a technique adapted from the tobacco industry – to redirect concerns about the health risks of their products, and reveals how the makers of processed foods have chosen, time and again, to increase consumption and profits, while gambling with our health.

Are you ready for the truth about what’s in your shopping basket?

A shocking, galvanising manifesto against the corporations manipulating nutrition to fatten their bottom line—one of the most important books of the year

In this meticulously researched book, Michael Moss tells the chilling story of how the food giants have seduced everyone in this country. He understands a vital and terrifying truth: that we are not just eating fast food when we succumb to the siren song of sugar, fat, and salt. We are fundamentally changing our lives—and the world around us.

A mouth-watering, gut-wrenching look at the food we hate to love

What happens when one of the country’s great investigative reporters infiltrates the most disastrous cartel of modern times: a processed food industry that’s making a fortune by slowly poisoning an unwitting population? You get this terrific, powerfully written book, jammed with startling disclosures, jaw-dropping confessions and, importantly, the charting of a path to a better, healthier future. This book should be read by anyone who tears a shiny wrapper and opens wide. That’s all of us.

Michael Moss has brilliantly exposed the systematic venality of Big Food. This book will confirm all your worst suspicions about the lengths big food companies go to to keep us hooked on junk.