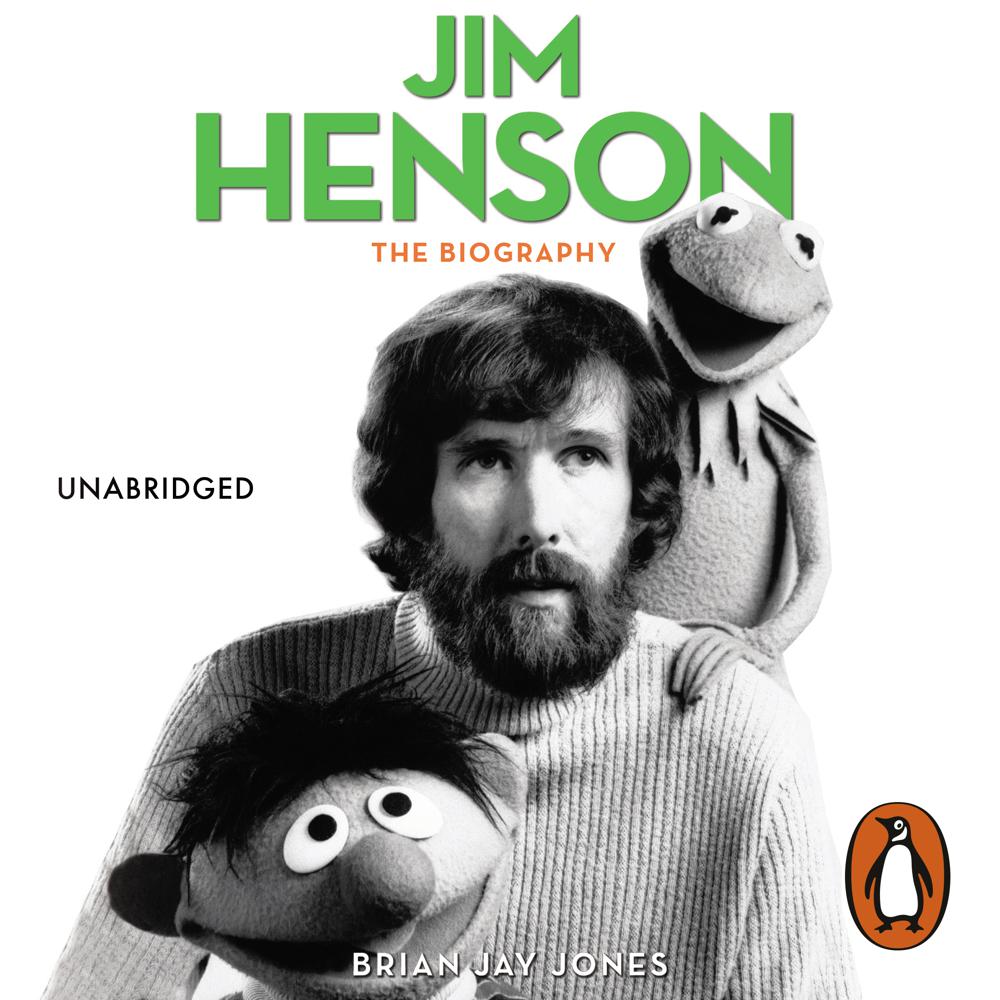 Jim Henson was a talent like no other. The iconic characters he created – Kermit the Frog, Bert and Ernie, Miss Piggy, Big Bird – made Jim Henson a household name. But they were just a part of his remarkable story.

Now, in this extraordinary biography, written with the generous cooperation of the Henson family, Jim’s life is given full rein: his vibrant imagination, winning sense of humour, and infectious enthusiasm. For the very first time, the Henson archive has been opened to an independent biographer, giving Brian Jay Jones unprecedented access to private papers. Drawing on this treasure trove of material, as well as exclusive interviews with Henson’s family, friends and closest collaborators, this is quite simply the most comprehensive book ever written about a man who is a hero to millions.

Read all about the evolution of the Muppets, Henson’s contributions to Sesame Street and his lengthy campaign to bring The Muppet Show to television, as well as Henson’s non-Muppets projects – the richly imagined worlds of The Dark Crystal and Labyrinth, and fascinating misfires like Henson’s dream of opening an inflatable psychedelic nightclub.

Jim may be gone, but he and his legacy are not forgotten. In Jim Henson, we have the ultimate celebration and examination of an unforgettable, irreplaceable, incomparable man.

I worked with Jim for over thirty years. He was one of my closest friends. And yet I found out things about him in Jim Henson that were new to me. Brian Jay Jones has captured the layers of Jim's genius and humanity as well as the flaws that made Jim, like all of us, so delightfully imperfect. Jim needed this book to be written. I thank Brian for giving Jim life again. This book has captured the spirit of Jim Henson.

I'm a rabid Jim Henson fan - his brilliant ideas spawned shows that entertained and educated millions, myself included. Jim Henson vibrantly delves into the magnificent man and his Muppet methods: it's an absolute must read!

Every Muppet Fan has wondered who was behind the wide-mouthed, bug-eyed furry creatures. Before now all we had was a credit line: Jim Henson. Now with Brian Jay Jones’s riveting Jim Henson we have a nuanced portrait of the puppeteer—part genius inspired by his Mississippi Delta roots and his Christian Science faith, part flawed human with tastes too rich in everything from his art and cars to his women—that brings new understanding of and empathy for an icon of American popular culture.

I loved it. Brian Jay Jones vividly portrays Jim’s journey . . . In spite of the fact that Jim and I worked together closely for many years, there were compartments of Jim’s life that I hadn’t known about before. I was completely involved and couldn’t put the book down. A tremendous job.