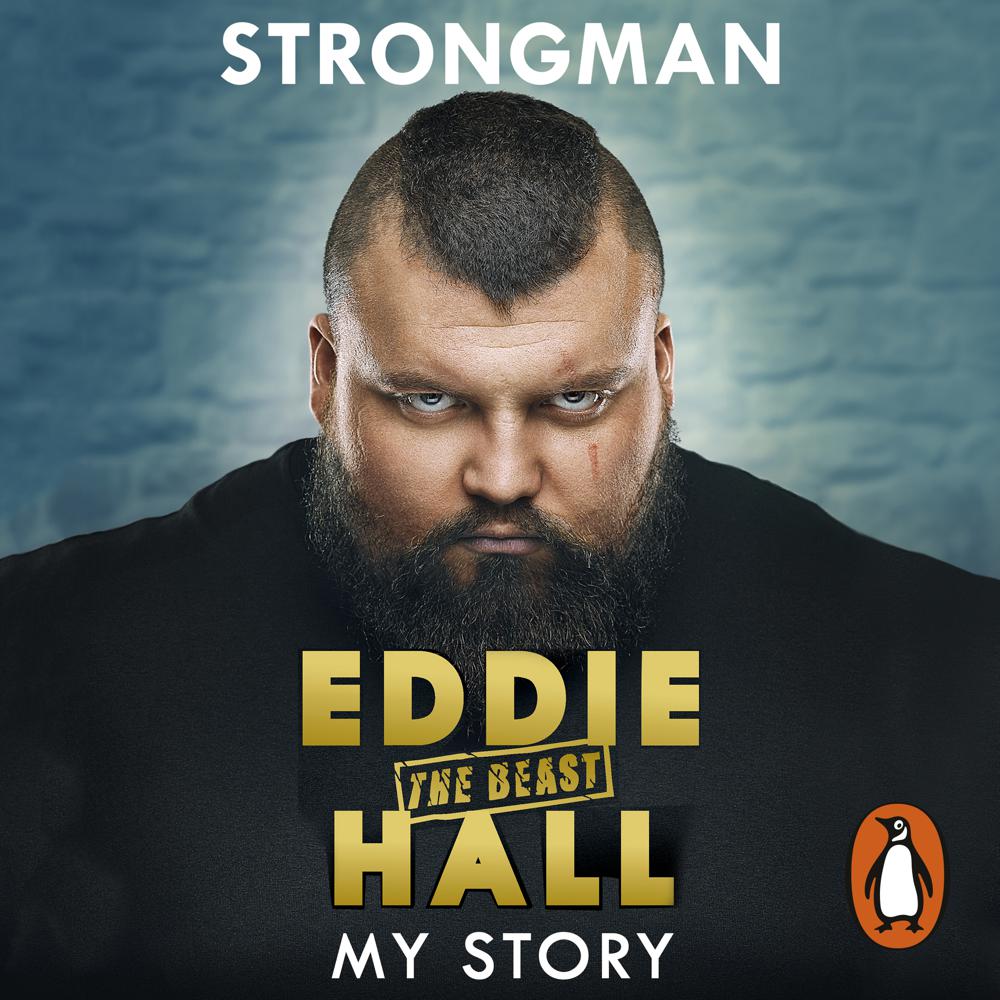 Random House presents the audio edition of Strongman: My Story by Eddie 'The Beast' Hall, read by Steven Hartley.

Meet the Beast that beat the Mountain.

Eddie ‘The Beast’ Hall is the biggest name and talent in one of the fastest growing sports. In 2017 he was the first Brit in 24 years to win the World’s Strongest Man competition, beating The Mountain from Game of Thrones. He is the biggest superstar you haven’t heard of.

Everything about Eddie is huge. Standing at 6’3 he weighs almost 30 stone, and to make it through his hellish four-hour gym sessions he needs to eat a minimum of 10,000 calories a day. He eats a raw steak during weight sessions. His right eyeball once burst out of its socket under the strain. He put it back in.

The size of Eddie’s fan base now matches his immense frame, with over 1 million followers on social media. He is the subject of a major Netflix documentary, Eddie: Strongman, and he draws crowds of thousands at the strongman arena tour Giants Live.

In his remarkable autobiography, Eddie takes you inside the world of the professional strongman – the nutrition, the training and competitions themselves. This is a visceral story of sporting achievement, an athlete pushing himself to the limits, and the personal journey of a man on the path to becoming being the best of the best.