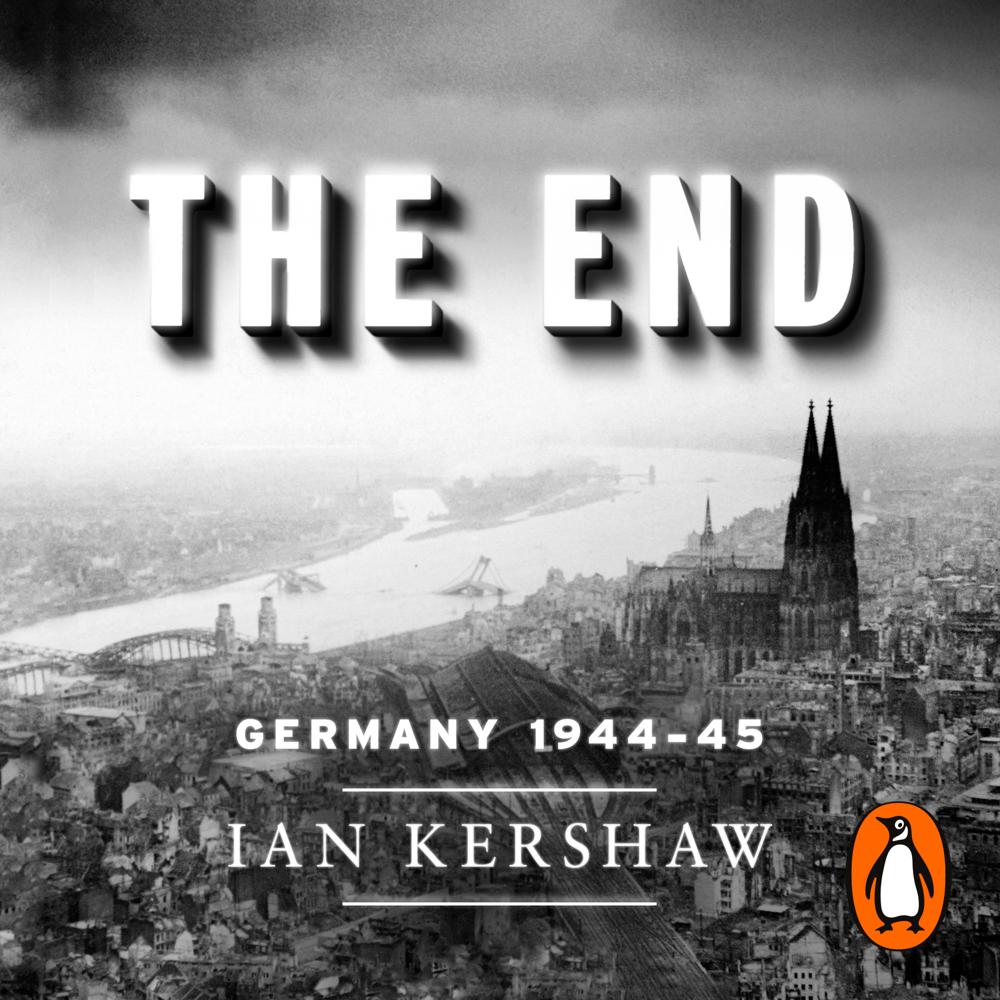 The unabridged, downloadable audiobook of Ian Kershaw's The End, a searing account of the last days of the Nazi Regime and the downfall of a nation. Read by David Timson.

The last months of the Second World War were a nightmarish time to be alive. Unimaginable levels of violence destroyed entire cities. Millions died or were dispossessed. By all kinds of criteria it was the end: the end of the Third Reich and its terrible empire but also, increasingly, it seemed to be the end of European civilization itself.

In his gripping, revelatory new book Ian Kershaw describes these final months, from the failed attempt to assassinate Hitler in July 1944 to the German surrender in May 1945. The major question that Kershaw attempts to answer is: what made Germany keep on fighting? In almost every major war there has come a point where defeat has loomed for one side and its rulers have cut a deal with the victors, if only in an attempt to save their own skins. In Hitler's Germany, nothing of this kind happened: in the end the regime had to be stamped out town by town with a level of brutality almost without precedent.

Both a highly original piece of research and a gripping narrative, The End makes vivid an era which still deeply scars Europe. It raises the most profound questions about the nature of the Second World War, about the Third Reich and about how ordinary people behave in extreme circumstances.

No one is better qualified to tell this grim story than Kershaw ... A master of both the vast scholarly literature on Nazism and the extraordinary range of its published and unpublished record, Kershaw combines vivid accounts of particular human experiences with wise reflections on big interpretive and moral issues ... No one has written a better account of the human dimensions of Nazi Germany's end

Author of a magisterial biography of Hitler, [Kershaw] is among the foremost western scholars of Nazi Germany. Although this book pursues a narrative of events between June 1944 and May 1945, its real business is to explore the psychology of the German people

A remarkable feat of historical scholarship and intelligent analysis

Britain's most feted and prolific historian of the Third Reich

A compelling account of the bloody and deluded last days of the Third Reich ... this is far from being of mere academic interest ... The greatest strength of Kershaw's narrative is that he gives us much more than the view from the top ... Interwoven are insights into German life and death at all levels of society

Kershaw is a sure-footed guide through the Hades of the final dark months of the war in Europe ... his is a thoughtful and thought-provoking account, which admirably combines analysis, historiography and commentary within a very readable narrative

Gripping yet scholarly ... the best attempt by far to answer the complex question of why Nazi Germany carried on fighting to total self-destruction. Kershaw, the author of the best biography of Hitler, is the finest sort of academic, for he combines impeccable scholarship with an admirable clarity of thought and prose

Kershaw ... understands as well as any man alive the complex power structure that existed in Nazi Germany ... gripping ... arguably the most convincing portrait of Germany's Götterdämmerung we have seen so far