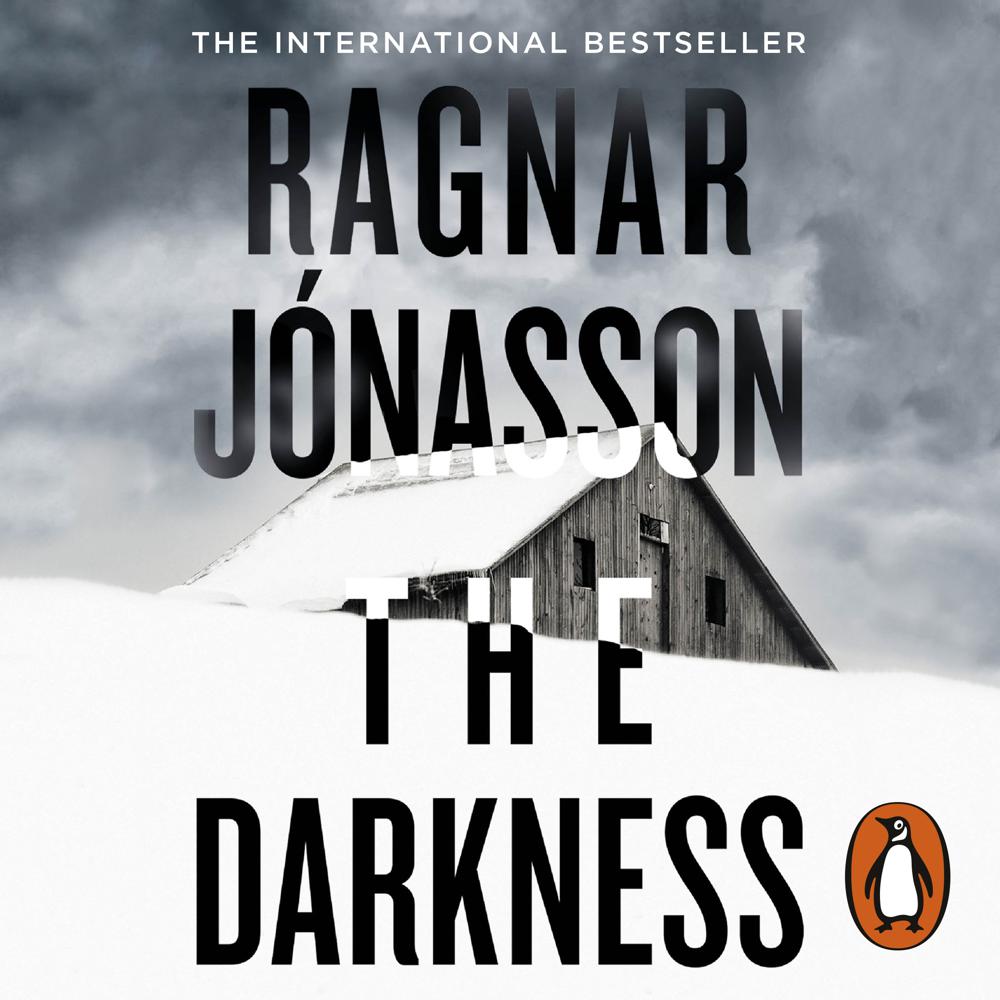 Penguin presents the audiobook edition of The Darkness by Ragnar Jonasson, read by Amanda Redman.

Before Detective Inspector Hulda Hermannsdóttir of the Reykjavik Police is forced into early retirement she is told to investigate a cold case of her choice, and she knows just the one. A young woman who was looking for asylum found dead on remote seaweed-covered rocks. Her death ruled a suicide after a cursory investigation.

But Hulda soon realizes that this was not the only young woman to disappear around that time. And no one is telling the whole story. When her own force tries to put the brakes on the investigation Hulda has just days to discover the truth. Even if it means risking her own life . . .

An intelligent, provocative whodunit with a killer twist

Was gripped from the start of this brilliantly told story. And left wide-eyed with shock at the ending

As chilling as the nip in the Icelandic air

The ending hits the reader like a kick in the stomach

It's shockingly sinister and has an ending that will leave you, literally, gasping for breath

Crime fiction has never seen a character quite like Hulda Hermannsdóittir; nor a series launch so entirely willing to take risks and obliterate long-standing tropes . . . There is no doubt that The Darkness will rank as one of the most popular and powerful reading experiences of the year

Breathtaking. Read it in two sittings. Yet another instant Ragnar Jonasson classic

The threads lie in various places, the plot is well woven and the pieces in the puzzle come together well in the end. The structure is good, the main characters are believable, the story flows well, everyone is a suspect á la Agatha Christie and the solution unveils the mystery and leads the readers to the truth. But not all the truth, as some things are better left hidden

The threads lie in various places, the plot is well woven and the pieces in the puzzle come together well in the end. The structure is good, the main characters are believable, the story flows well, everyone is a suspect á la Agatha Christie and the solution unveils the mystery and leads the readers to the truth. But not all the truth, as some things are better left hidden

The Darkness is a bullet train of a novel, at once blazingly contemporary and Agatha-Christie old-fashioned. With prose as pure and crisp as Reykjavik snowcrust, Ragnar Jónasson navigates the treacherous narrative with a veteran's hand. I reached the end with adrenalized anticipation, the final twist hitting me in the face. I dare you not to be shocked.

The perfect territory for mystery [writers]

The Darkness will have you burning the midnight oil till 2:00am. It's a gloriously compelling yarn, whose spell continues to hold even when you've turned its final page thanks to its unexpected ending. I can't wait for his next

Seductive ... an old-fashioned murder mystery with a strong central character and the fascinating background of a small Icelandic town cut off by snow. Ragnar does claustrophobia beautifully

The Darkness is Ragnar Jonasson at the top of his game - deft plotting, a great central character and a story as chilling as the Icelandic winter. I couldn't put it down

A modern take on Agatha Christie-­-style mystery, as twisty as any slalom . . .

I've ONLY recently discovered the extraordinary Icelandic writer who adds several shades of darkness to Nordic noir . . . it builds to a deeply shocking climax

To read Ragnar Jonasson is to plunge into snowy Iceland . . . much of its atmosphere and subtle pacing to the traditional 'golden age' detective fiction as the mystery unfolds and builds to a startling climax, elegantly handled.

Magnificently dark and twisted and that ending - blimey!

A true masterpiece . . . a plot full of twists and turns and an ending that leaves you gasping for air

The ending really took my breath away and that's hard for writers to do to me these days . . . It was a complete surprise and I should have seen it coming and I didn't. [Hulda] is a fantastic, complex 3D character and I want to see more of her, so hurray, this is the first of a three book series

It had an intense, visceral sense of place and the connection between the emotional lives of the character and the landscape was evoked beautifully

Jónasson is an automatic must-read for me . . . possibly the best Scandi writer working today

It will get your pulse racing, and keep you hooked to the last page

The wait was worthwhile and The Darkness first in the new trilogy, is a very efficient piece of work. Jonasson has the full measure of the Nordic noir genre, and pushes all the requisite buttons

Outstanding series debut . . . builds to its stunning conclusion, one of the more remarkable in recent crime fiction

Ragnar Jónasson writes with a chilling, poetic beauty - a must-read addition to the growing canon of Iceland Noir

Jonasson's books have breathed new life into Nordic noir ...all the skilful plotting of an old-fashioned whodunit although it feels bitingly contemporary in setting and tone

Expertly plotted, with an ending that's a true shocker, The Darkness is the first book in a trilogy featuring this engaging investigator, which is good news

Page-turning stuff with an unexpected ending!

If you have ever doubted the appropriateness of the phrase 'Nordic noir', The Darkness will dispel any hesitation . . . in what way this happens (and how badly) is the strength of the book. There are ever-darker surprises, culminating in a finish that leaves one with a highly disturbing image.

Superb . . . Chilling . . . and establishes her as a great tragic heroine of modern detective fiction

Extraordinary, the three books in that series are all amazing . . . very moving all the way through

A complex, fascinating mix of Icelandic community and alienation, atmospheric tension, and timely issues (immigrant exploitation and vigilante justice), Jonasson's latest series is another must-read for crime fans who follow the work of Arnaldur Indridason and Yrsa Sigurdardottir

Hulda Hermannsdottir is a welcome addition to the selection of Icelandic crime fiction protagonists . . . It is almost impossible to put the book down until the last word has been read

A very good book, gripping and interesting, with all the threads carefully managed. Hopefully the author will publish as many books as possible with lead character Hulda

Out of all of Ragnar's books, this is the one I like the most . . . The book of his which reminds me most of Agatha Christie