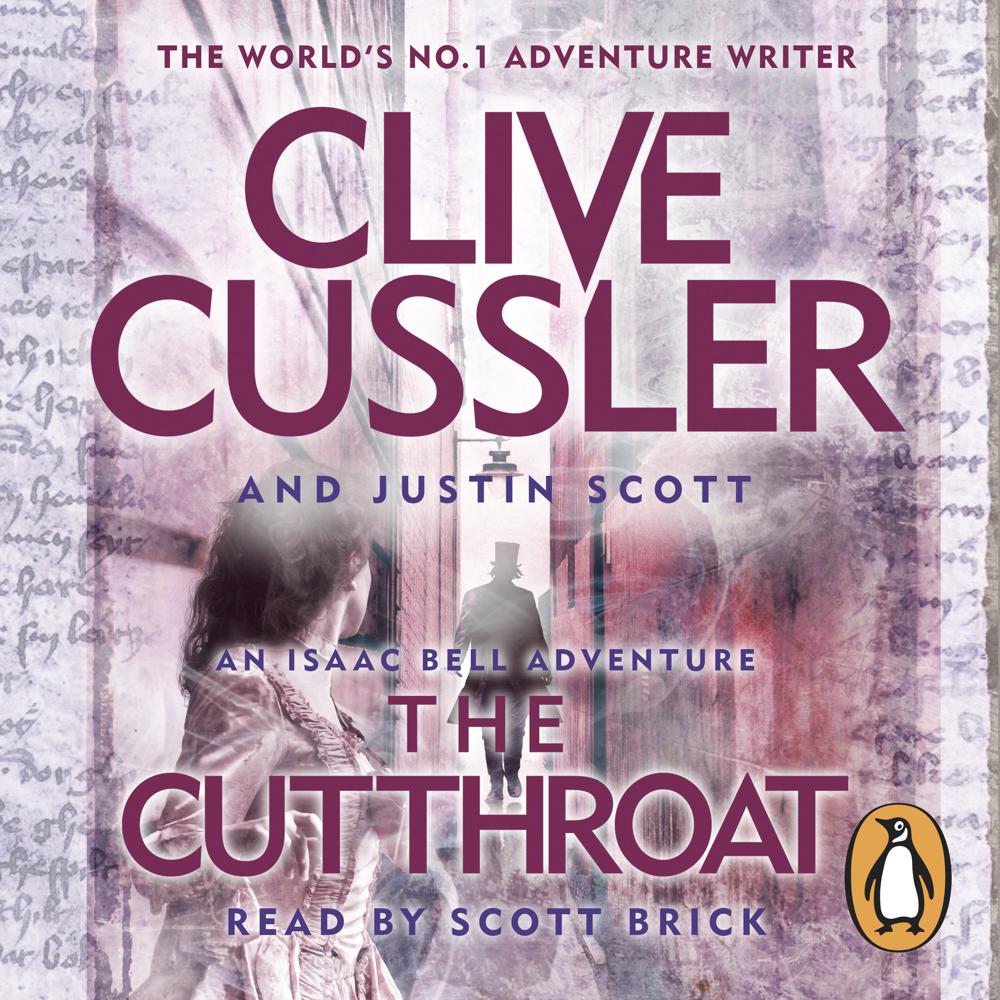 Penguin presents the unabridged, downloadable audiobook edition of The Cutthroat by Clive Cussler and Justin Scott, read by Scott Brick.

The year is 1911. Chief Investigator Isaac Bell of the Van Dorn Detective Agency has had many extraordinary cases before. But none quite like this.

Hired to find a young woman named Anna Pape who ran away from home to become an actress, Bell gets a shock when her murdered body turns up instead. Vowing to bring the killer to justice, he begins a manhunt which leads him into increasingly more alarming territory. Anna Pape was not alone in her fate-petite young blond women like Anna are being murdered in cities across America.

And the pattern goes beyond the physical resemblance of the victims-there are disturbing familiarities about the killings themselves that send a chill through even a man as experienced with evil as Bell. If he is right about his fears, then he is on the trail of one of the greatest monsters of his time.

The latest action-packed historical blockbuster featuring Isaac Bell, from Sunday Times bestseller Clive Cussler. Women are being brutally murdered all over America . . . it's going to take an extraordinary mind to uncover the truth before it's too late