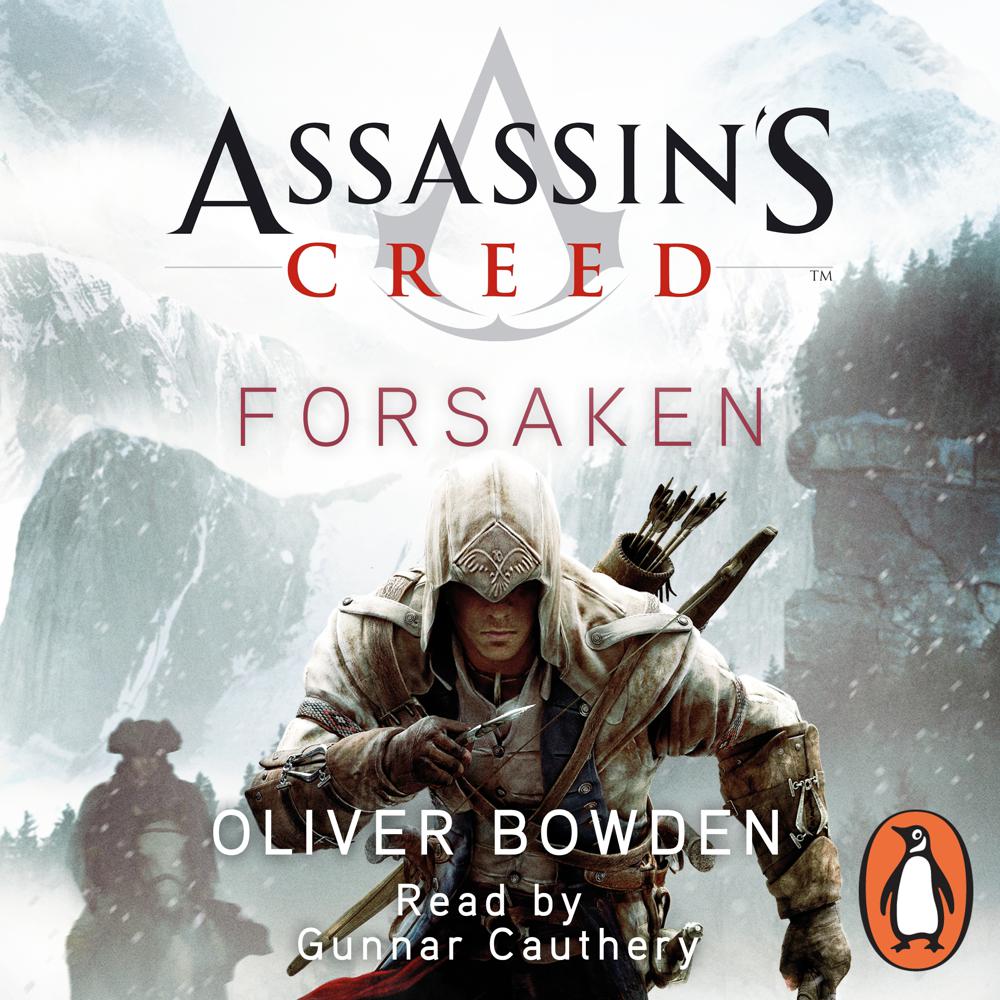 Penguin presents the unabridged, downloadable audiobook edition of Assassin's Creed: Forsaken, a new novelisation based on one of the biggest gaming-media franchises in the world, read by the actor Gunnar Cauthery.

Assassin's Creed: Forsaken is the latest thrilling novelisation by Oliver Bowden based on the phenomenally successful game series. The new game, Assassin's Creed III, takes one of gaming's most popular franchises to new heights in its most realistic world yet and introduces a brand new Assassin, Connor. Set during the American Revolution, Connor has sworn to secure liberty for his people and his nation and unleashes his powerful skills on the chaotic, blood-soaked battlefields of the hostile American wilderness. Assassin's Creed: Forsaken is the story behind who Connor really is and how he has become a deadly killer.

The world of the Assassin's has become far more lethal than ever before.