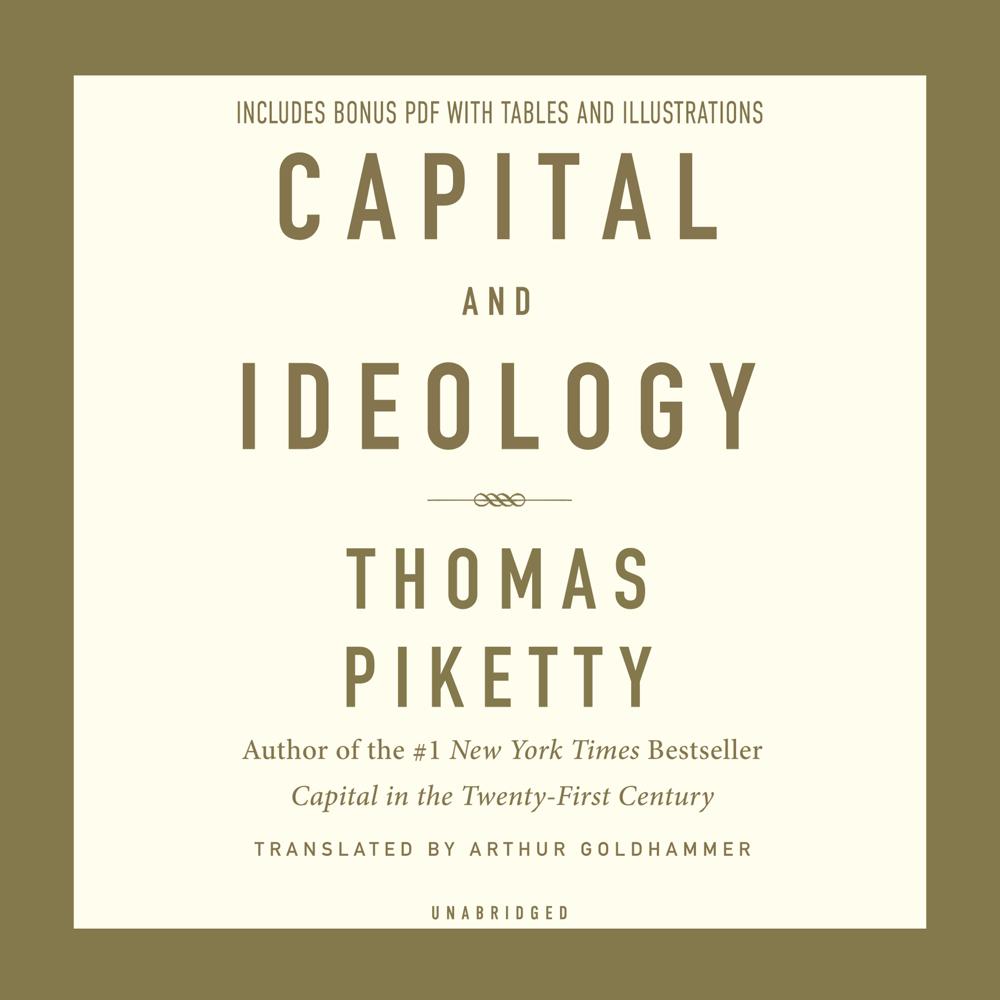 The epic successor to one of the most important books of the century: at once a retelling of global history, a scathing critique of contemporary politics, and a bold proposal for a new and fairer economic system

Thomas Piketty’s bestselling Capital in the Twenty-First Century galvanized global debate about inequality. In this audacious follow-up, Piketty challenges us to revolutionize how we think about politics, ideology, and history. He exposes the ideas that have sustained inequality for the past millennium, reveals why the shallow politics of right and left are failing us today, and outlines the structure of a fairer economic system.

Our economy, Piketty observes, is not a natural fact. Markets, profits, and capital are all historical constructs that depend on choices. Piketty explores the material and ideological interactions of conflicting social groups that have given us slavery, serfdom, colonialism, communism, and hypercapitalism, shaping the lives of billions. He concludes that the great driver of human progress over the centuries has been the struggle for equality and education, and not, as often argued, the assertion of property rights or the pursuit of stability. The new era of extreme inequality that has derailed that progress since the 1980s, he shows, is partly a reaction against communism, but it is also the fruit of ignorance, intellectual specialization, and our drift toward the dead-end politics of identity.

Once we understand this, we can begin to envision a more balanced approach to economics and politics. Piketty argues for a new “participatory” socialism, a system founded on an ideology of equality, social property, education, and the sharing of knowledge and power. Capital and Ideology is destined to be one of the indispensable books of our time, a work that will not only help us understand the world, but that will change it.

“If inequality has become the subject of intense public attention, a good deal of the credit goes to the French economist Thomas Piketty.”

“A global overview to understand the most pressing economic and social issues of our time.”

“In Piketty’s story, now is the time to build a new coalition on the basis of a new ideology.”

“In an election cycle where the political discourse has been thoroughly shaped by Piketty’s work, his new book feels especially urgent.”

“Piketty explains why this could be the moment for a turn to equality, and which policies could make that happen.”

“The world’s most famous economist sets out the case for socialism. Thomas Piketty’s new book may prove as famous—and controversial—as its predecessor.”

“Outlines a fairer economic system for the world.”

“[A] wide-ranging historical survey of ‘inequality regimes’―dogmas that justify hierarchies of wealth and power…This ambitious manifesto will stir controversy but also cement Piketty’s position as the Left’s leading economic theorist.”

“A significant work…A deftly argued case for a new kind of socialism that, while sure to inspire controversy, bears widespread discussion.”

“Thomas Piketty’s magisterial global and connected history takes us on a whirlwind journey across the world during the past 500 years to show how shifting ideas and politics have shaped a wide variety of inequality regimes. Fully embracing the power of historical analysis, Capital and Ideology emboldens us to reimagine what is possible today. Enormously rich in argument and evidence, this tour de force by one of the most influential thinkers of our age is a must-read for anyone grappling with the dilemmas of our present.”

“A book of remarkable clarity and dynamism. Drawing lessons from a breathtaking survey of different historical experiences, it teaches us that nothing is inevitable, that there exist a whole range of possibilities between hypercapitalism and the disasters of the communist experience. It’s up to us to make our future. Let’s roll up our sleeves.”