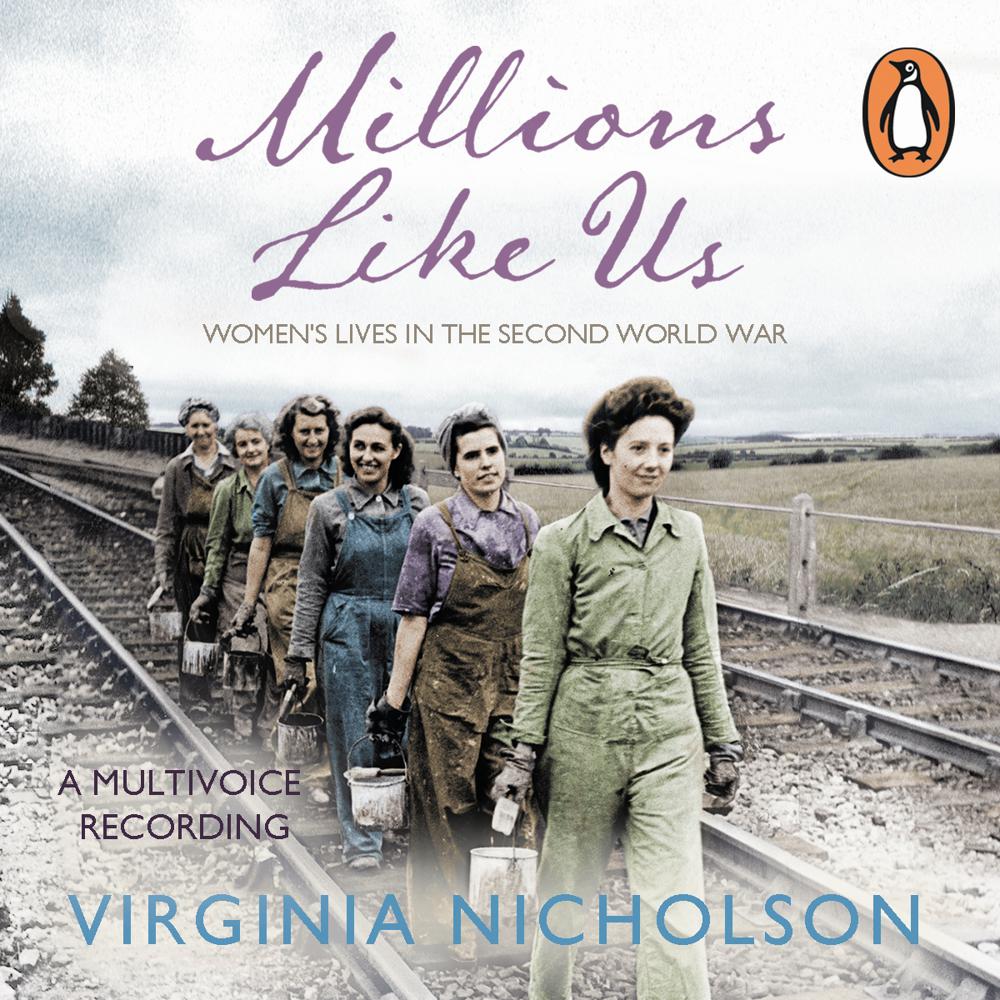 In 1942 Cora Johnston is grieving over the death of her young husband, torpedoed in the Atlantic; Aileen Morris is intercepting Luftwaffe communications during the siege of Malta - and Clara Milburn, whose son was captured after Dunkirk, is waiting, and waiting ...

We tend to see the Second World War as a man's war, featuring Spitfire crews and brave deeds on the Normandy beaches. But in conditions of "Total War" millions of women - in the Services and on the Home Front - demonstrated that they were cleverer, more broad-minded and altogether more complex than anyone had ever guessed.

In Millions Like Us Virginia Nicholson tells the story of the women's war, through a host of individual women's experiences. She tells how they loved, suffered, laughed, grieved and dared; how they re-made their world in peacetime. And how they would never be the same again ...

An acclaimed account of this period... a rich seam of social history

Where Nicholson scores over other histories and memoirs is that her vivid narrative is set firmly in the context of the social conventions of the time...this lovely book is poignant, hilarious and inspiring

A deeply moving account of female courage both at home and overseas during the six brutal years of war...the joy of Virginia Nicholson's book is the way she has plaited scores of individual stories into a richly textured account of the many forms that female courage can take. This story belongs to us all