When The Lights Go Out
Mary Kubica, Read by Jayme Mattler and Julia Whelan 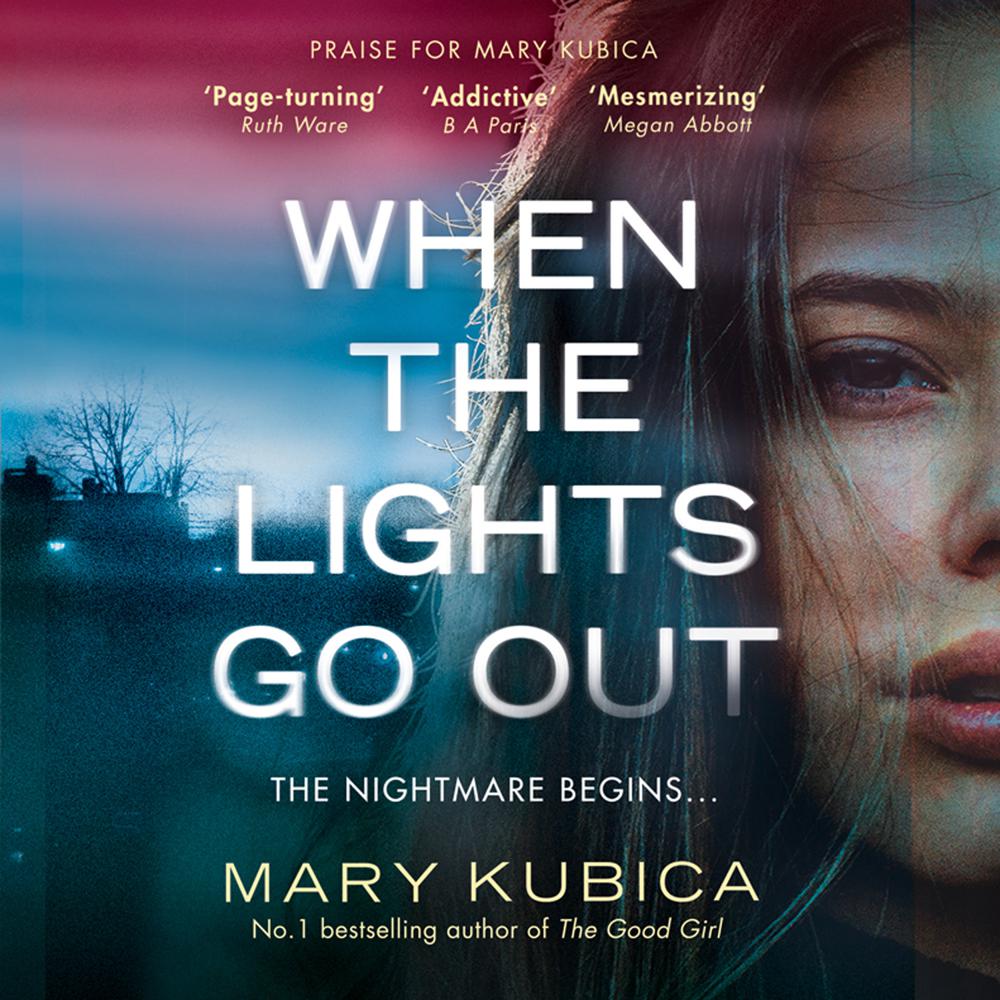 ‘Creepy and oh so clever, with a brilliant twist I did not see coming!’ ALICE FEENEY

Mary Kubica is back with a bang in this compulsively gripping tale of obsession and desperation.

As far as the world’s concerned, she’s already dead

Jessie Sloane is getting her life back on track after caring for her sick mother. But she’s stopped short when she discovers, that according to official records, ‘Jessie Sloane’ died seventeen years ago.

So why does she still feel in danger?

Thrown into turmoil and questioning everything she’s ever known, Jessie’s confusion is exacerbated by a relentless lack of sleep. Stuck in a waking nightmare and convinced she’s in danger, she can no longer tell what’s real and what she’s imagined.

The truth lies in the past…

Twenty years ago, another woman’s split-second decision may hold the key to Jessie’s secret history. Has her whole life been a lie? The truth will shock her to the core…if she lives long enough to discover it.

‘One of the very best thrillers I’ve read – ever.’

‘Kept me guessing the whole way through. Sheer genius.’

‘The ending is a real twist of the knife – it doesn’t get much better than this.’

‘A very fast paced story which keeps you guessing till the end and what a twist!’

‘Omg! This is one of the best books that I have ever read! Great thriller, love it!’

‘Kubica takes the reader on a roller-coaster ride. Jessie's first-person voice is so powerful it is like being on this chilling journey with her as she delves into finding the truth.’ New York Journal of Books

‘Brilliant, intense, and utterly addictive. Be prepared to run a gauntlet of emotions!’ B A Paris, bestselling author of Behind Closed Doors

‘As fact collided with fiction in Jessie’s world, I was on the edge of my seat in real time trying to work out the truth…. And with an ending I never saw coming, I can truly say this book had my adrenaline going and energized me!’ First

‘With Every Last Lie, Mary Kubica spins an utterly mesmerising tale of marriage and secrets. Haunting, psychologically deft and full of hairpin turns… it’ll have you rapt until its final pages’ Megan Abbott, author of You Will Know Me

‘Grabs you from the moment it starts’ Daily Mail

‘Gets right under your skin and leaves its mark. A tremendous read’ The Sun

'Fans of GONE GIRL will embrace this' Lisa Gardner

‘Stunning – Kubica is an author to watch.’ We Love This Book

‘This intensely moving novel about identity and deceit is strongly recommended.’ Booklist