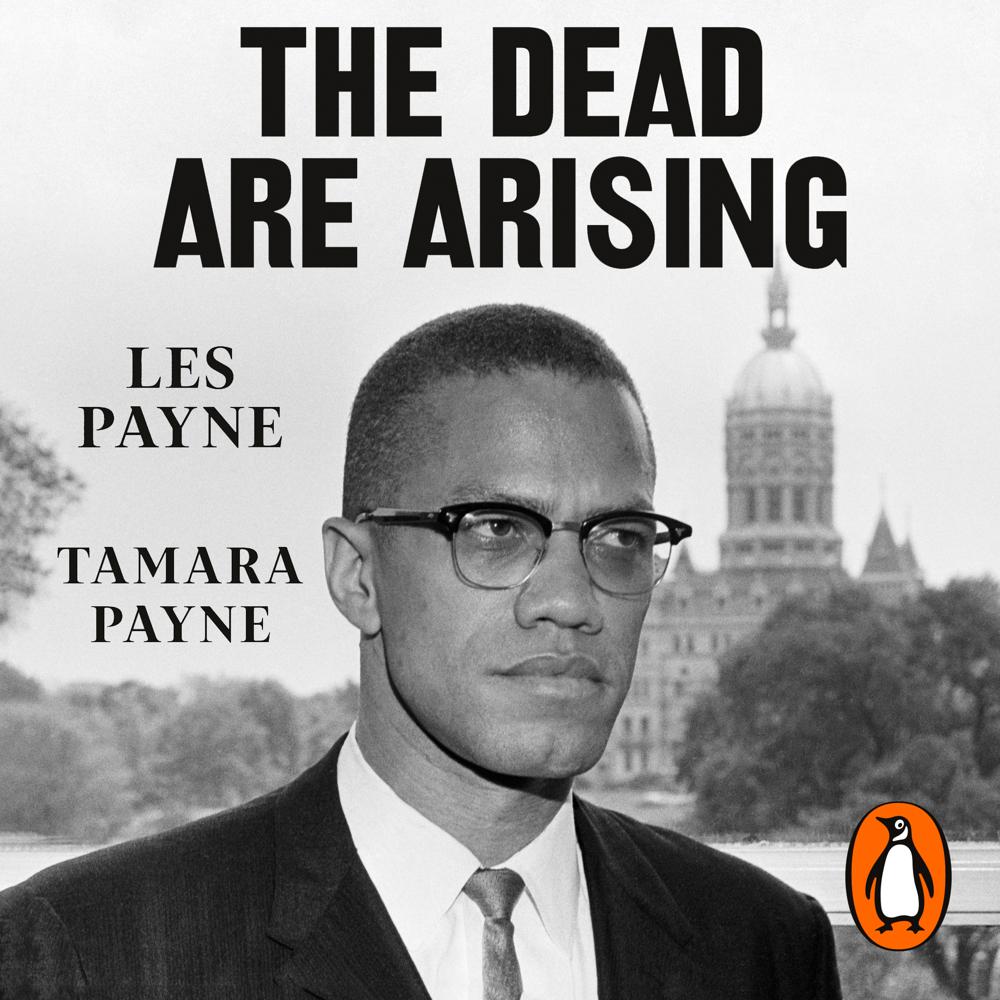 **Longlisted for the National Book Awards 2020**

A landmark biography of one of the twentieth century's most compelling figures, rewriting much of the known narrative.

Les Payne, the renowned Pulitzer Prize-winning investigative journalist, embarked in 1990 on a nearly thirty-year-long quest to interview anyone he could find who had actually known Malcolm X - including siblings, classmates, friends, cellmates, FBI moles and cops, and political leaders around the world. His goal was ambitious: to transform what would become hundreds of hours of interviews into a portrait that would separate fact from fiction.

The result is this magisterial work that conjures a never-before-seen world of its protagonist, whose title is inspired by a phrase Malcolm X used when he saw his followers stir with purpose to overcome the obstacles of racism. Setting his life not only within the political struggles of his day but also against the larger backdrop of American history, this remarkable masterpiece traces his path from street criminal to devoted moralist and revolutionary.

An author who saw Malcolm X speak and could not stand the phrase 'we may never know', Payne writes cinematically from start to finish and delivers extraordinary revelations - from a hair-raising scene of Malcolm's clandestine meeting with the KKK, to a minute-by-minute account of his murder in Harlem in 1965, in which he makes the case for the complicity of the American government.

Introduced by Payne's daughter and primary researcher, Tamara Payne, who, following her father's death, heroically completed the biography, The Dead Are Arising is a penetrating and riveting work that affirms the centrality of Malcolm X to the African American freedom struggle and the story of the twentieth century.

Payne goes into gripping detail... In this highly worthy effort, [he] has produced a well-written and deeply engaging biography of a uniquely American figure whose life offers a matchless window into our continuing national struggle over race

The result of nearly three decades of investigative reporting, The Dead Are Arising is an essential new biography of one of the most compelling political figures of the twentieth century

No one who wishes to reckon with the life of this man, one of the most important African American figures of the twentieth century can afford to forgo this account

This book will always be timely, because the story it narrates is timeless... Les and Tamara Payne are especially good in detailing Malcolm's early years of delinquency and rebirth. Like Robert Caro's life of Lyndon Johnson, The Dead Are Arising delves deeply into the wider context of Malcolm's world

Compelling... events are portrayed in cinematic detail... this book captures the uncompromising clarity that speaks to this moment of Black Lives Matter

The Dead Are Arising is a meticulously researched, compassionately rendered, and fiercely analytical examination of the radical revolutionary as a human being... Payne's biography forces us to understand Malcolm X as his various communities experienced him-as a brilliant, troubled, selfish, generous, sincere, ugly, and beautiful Black radical... The Dead Are Arising forces us to ask deeper, more complicated questions about the Black people and places from which our heroes come

Brilliant and indispensable . . . Using the fruits of decades of interviews, [Payne] brings new information and perspectives on one of the most fascinating, and often misunderstood, figures in American history

Thirty years in the making and encompassing hundreds of original interviews, this magisterial biography of Malcolm X was completed by Les Payne's daughter after his death in 2018. Its strengths lie in its finely shaded, penetrating portrait of the Black activist and thinker, whose legacy continues to find fresh resonance today

'Les Payne was one of the most distinguished journalists of our time. Here, after thirty years of research and collecting and by interviewing Malcolm X's family as well as many others, we have the most lyrical and complete biography of this uniquely brilliant American ever written. This book is a great read, full of original insights about an elusive figure rendered deeply human

Meticulously researched and masterfully reported, this chronicle offers fresh insights and disturbing revelations that, among other things, strengthen the case for government complicity in the murder of Malcolm X. . . . A gripping read . . . [and] a worthy companion to Malcolm's famed autobiography

The Paynes, fortified by hundreds of interviews with family and associates, have thrown some fresh light on the legend created by the Autobiography

In a time of breezy, green-room infotainment, Les Payne restores the art of old-fashioned shoe-leather journalism. Malcolm X was one of the most fascinating and charismatic figures of the twentieth century, but like many icons,he was not without flaws. Payne exposes some of the major ones made under the influence of Elijah Muhammad whom Malcolm treated as one would a god. Payne charts Malcolm's disillusionment with his mentor, and the tensions between two egged on by J.Edgar Hoover. Payne's detailed account of Malcolm's negotiations with the Klan alone has mini-series possibilities. The Dead Are Arising is superior to the other Malcolm books, including the autobiography, which Malcolm despised

It's to this biography's credit that it attempts to scrape away some of the mythology... Payne doesn't airbrush the facts

Comprehensive, timely life of the renowned activist and his circuitous rise to prominence. . . . Payne delivers considerable news not just in recounting unknown episodes of Malcolm's early years, but also in reconstructing events during his time as a devotee of Nation of Islam leader Elijah Muhammad . . . Payne's accounts of the consequences that rupture and Malcolm's assassination at the hands of a 'goon squad' with ties to the FBI and CIA are eye-opening, and they add a new dimension to our understanding of Malcolm X's last years. . . . A superb biography and an essential addition to the library of African American political engagement

The Dead Are Arising. . . will become the definitive biography of Malcolm X

A pensive, lyrical, and finely wrought portrait of young Malcolm Little's evolution into the icon known as Malcolm X... The Dead Are Arising brilliantly crafts a new origin story of the most important working-class Black leader ever produced... Les and Tamara Payne have produced an exceedingly valuable and important biography that adds immeasurably to our understanding of Malcolm X

Brimming with detail, insight and feeling... Nobody has written a more poetic account... Malcolm's presence is beautifully rendered within the rhythm of Payne's masterly storytelling

Fascinating and essential... Payne adds invaluably to our understanding of Malcolm's story

Les Payne's The Dead Are Rising is a brilliant and indispensable depiction of the life of Malcolm X. Payne, one of America's most acclaimed journalists is at the very top of his game in these pages; using the fruits of decades of interviews to bring new information and perspectives on one of the most fascinating, and often misunderstood, figures in American history

The Dead Are Arising sets out to provide a much fuller picture of the life and death of Malcolm X [than his autobiography]... The recent spate of protests have reminded us that we need the lessons of Malcolm now perhaps more than ever

A monumental biography giving new meaning to our understanding of Malcolm X and his ever-expanding impact on American history... told in riveting prose, The Dead Are Arising is a major accomplishment that could set the bar for how we will define Malcolm X from now on