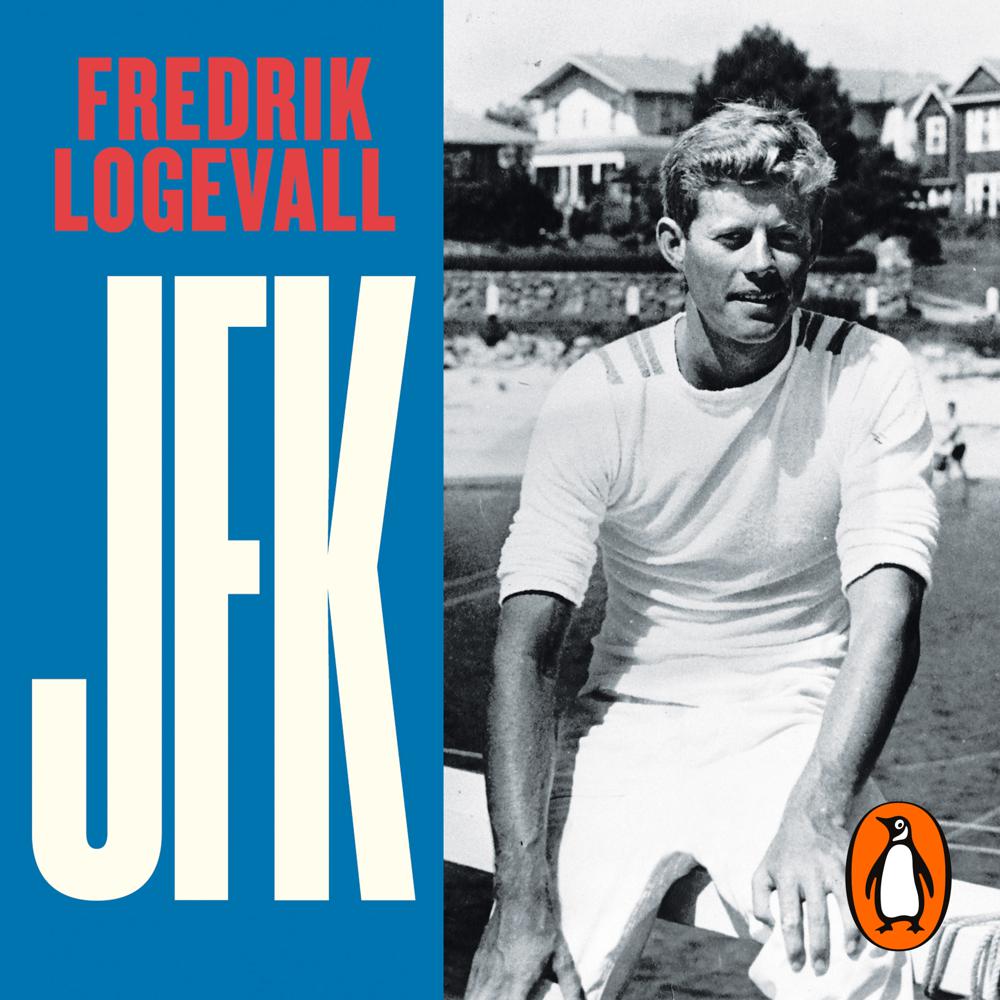 The Pulitzer Prize-winning historian takes us as close as we have ever been to the real John F. Kennedy in this revelatory biography of the iconic, yet still elusive, thirty-fifth president.

By the time of his assassination in 1963, John F. Kennedy stood at the helm of the greatest power the world had ever seen. Born in 1917 to a striving Irish American family that had become among Boston's wealthiest, Kennedy knew political ambition from an early age, and his meteoric rise to become the youngest elected president cemented his status as one of the most mythologized figures in modern history. And while hagiographic portrayals of his dazzling charisma, reports of his extramarital affairs, and disagreements over his political legacy have come and gone in the decades since his untimely death, these accounts all fail to capture the full person.

Beckoned by this gap in our historical knowledge, Harvard professor Fredrik Logevall has spent much of the last decade combing through material unseen or unused by previous biographers, searching for and piecing together the 'real' John F. Kennedy. The result of this prodigious effort is a sweeping two-volume biography that for the first time properly contextualizes Kennedy's role in the international events of the twentieth century. This volume spans the first thirty-nine years of JFK's life-from birth through his decision to run for president-to reveal his early relationships, his formative and heroic experiences during World War II, his ideas, his bestselling writings, his political aspirations, and the role of his father, wartime ambassador to Britain. In examining these pre-White House years, Logevall shows us a more serious, independently minded Kennedy than we've previously known.

In chronicling Kennedy's extraordinary life and times, with authority and novelistic sensibility, putting the reader in every room where it happened, this landmark work offers the clearest portrait we have of a remarkable figure who still inspires individuals around the world.

In this first volume of Fredrik Logevall's definitive biography, JFK is all too engagingly and amiably human... I hope Logevall's second volume will follow soon...it is bound to be enthralling.

JFK is biography at its very best... Such are Logevall's storytelling powers that, even though we all know the outcome, it still feels like a cliffhanger

The most compelling biography I have read in years...There has been a host of JFK biographies, but this one excels for its narrative drive, fine judgments and meticulous research...makes the story seem a cliffhanger even though we know what is coming

The archival work is superb

John F. Kennedy was a man before he was a monument, and among the great achievements of this wonderful book is how brilliantly Fredrik Logevall conveys both JFK's humanity and the history of the age.With precision and with grace, Logevall has given us a memorable portrait of a man and of the world that, before he shaped it, shaped him. A powerful, provocative, and above all compelling book

It is as good as anything that has been published about its subject, based on years toiling in the archives but written with a delightfully light touch... At times it reads more like a novel than a biography, so vivid is the prose and so extraordinary the material... JFK reminds readers of what America once was-and could be again

Few books came as larded with praise as Fredrik Logevall's book about the early years of JFK. It's a magisterial achievement, following the oversexed super-ambitious young Kennedy into wartime adventures and forbidden love affairs with Swedish spies. Crucially, it shows the formation of the character of one of the most important 20th-century politicians

Other authors [...] have ably chronicled this epic saga, but none has told the tale of the 35th president's formative years better or more thoroughly than the Harvard history professor Fredrik Logevall . . . A fastidiously diligent researcher . . . richly detailed and instructive . . . Logevall artfully melds the biographical and historical approaches

An utterly incandescent study of one of the most consequential figures of the twentieth century. With JFK, Fredrik Logevall has re-invented the genre of presidential biography, casting new light on the man and, far more profoundly, on the times. A brisk, authoritative, and candid biography, and a wonderfully compelling history of America's heady and troubled mid-century rise

It is the singular achievement of this magnificent new biography of John Fitzgerald Kennedy that it has taken one of the most scrutinised lives of the 20th century and made it feel fresh. Harvard historian Fredrik Logevall scrapes away the encrusted layers of myth, rumour and cliché

In his utterly absorbing JFK, Fred Logevall reconstructs not only a great man, but also his entire age. The author's sense of place and context merits comparison with Robert Caro

In this magisterial biography, Fredrik Logevall has deftly peeled away the many layers of myth surrounding John F. Kennedy to reveal a complex and surprisingly vulnerable human being. This first installment of his Kennedy biography is also the story of the rise of the United States to world power in a turbulent age. It's an essential read for anyone interested in the life and the times

Our best Vietnam War historian now turns to another subject you thought you already knew, and he makes JFK as alive and compelling as if you were reading about him for the first time.Fredrik Logevall portrays the young Kennedy with the masterful intimacy and sympathy that only a great scholar and writer could achieve

Professor Logevall's research is prodigious and his writing both elegant and persuasive; above all, however, his objectivity will serve as a model for historians seeking to achieve the still elusive goal of coming to grips with John F. Kennedy - "without tears." The only drawback for scholars and general readers will be the wait for volume 2

Superb. Why should you read the umpteenth book about the most famous of Kennedys? The short answer is that Logevall's book is smart and very readable. Logevall has a gifted historian's grasp of the times as well as the life of JFK. This reader had trouble putting it down

Excellent...shaping up to be the definitive account of JFK's life....Logevall has taken a familiar story and retold it in a way that is captivating and persuasive, as the tale of triumphant emergence from war and the tragedy of an immigrant family

Fredrik Logevall's brilliant biography rescues JFK from the myths that have long surrounded his early life without in any way obscuring the complexities of his character. There could be no more poignant reminder of what we were-far too soon-to lose