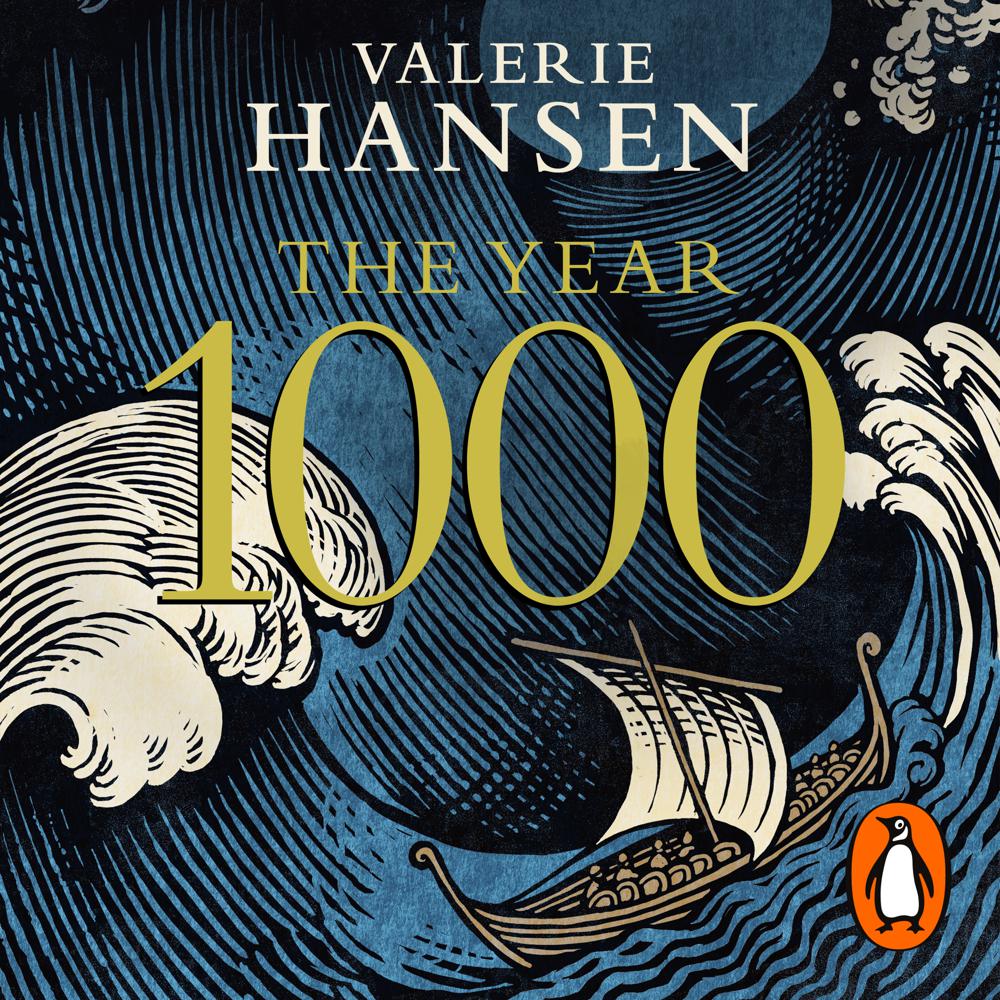 When did globalization begin? Most observers have settled on 1492, the year Columbus discovered America. But as celebrated Yale professor Valerie Hansen shows, it was the year 1000, when for the first time new trade routes linked the entire globe, so an object could in theory circumnavigate the world. This was the 'big bang' of globalization, which ushered in a new era of exploration and trade, and which paved the way for Europeans to dominate after Columbus reached America.

Drawing on a wide range of new historical sources and cutting-edge archaeology, Hansen shows, for example, that the Maya began to trade with the native peoples of modern New Mexico from traces of theobromine - the chemical signature of chocolate - and that frozen textiles found in Greenland contain hairs from animals that could only have come from North America.

Introducing players from Europe, the Islamic world, Asia, the Indian Ocean maritime world, the Pacific and the Mayan world who were connecting the major landmasses for the first time, this compelling revisionist argument shows how these encounters set the stage for the globalization that would dominate the world for centuries to come.

Typically wide-ranging, informative, and illuminating, Valerie Hansen has written a lovely book that puts together the pieces of the global jigsaw puzzle of a millennium ago

In a rich and fascinating account of the world around the year 1000, Valerie Hansen shows how people, goods, and ideas traversed vast spaces. Ranging by sea and land across six continents, she seeks out exciting and unexpected connections that show that globalization is by no means new to our own time

Provocative . . . a smart, broad-ranging survey of the global Middle Ages that is learned, thought-provoking - and perfectly tuned to our times

Valerie Hansen takes us on an informative and entertaining romp around the world of a thousand years ago, on everything from Viking longboats to camel caravans in Central Asia. Anyone who thinks that globalization is something new in life needs to read this book!

The myth of the 'European Middle Ages' dissolves in the ocean currents and trade winds of this stimulating account of early global connections. Bolstered by facts and enlivened by intriguing theories, Hansen's book presents a world of objects, ideas, people, animals, and know-how constantly on the move. A brisk and refreshing trip for us all

The world has been connected longer than the schoolbooks tell you, a whole millennium longer at least: connections of gold and spices, dragons and slaves and faith. Valerie Hansen teases out the unfamiliar links between Chinese markets, Baghdad fortunes, strange blonds on the walls of Mayan temples, and Vikings on Russian rivers in a careful but accessible and truly global history

Valerie Hansen's sweeping tour of the world in the year 1000 is revelatory and full of eye-opening surprises. She tells a rich and fascinating story of the many ways that far-flung societies a millennium ago forged connections among themselves, a reminder that the forces of globalization that seem so potent today have been at work for centuries. A masterly work of scholarship

What makes The Year 1000 so special is that it is the result of the author's unique fusion of firsthand, on-site investigations around the world and intensive research in far-flung libraries, archives, and museums. What's more, all of this energetic, scholarly activity is combined with a compelling argument for a new hypothesis concerning the origins of globalization, a topic that could hardly be more pertinent to our own age

Valerie Hansen has not only fashioned a coherent and original vision of the world in the year 1000, in itself a remarkable feat of scholarship, but described it in a clear, concrete and absorbing narrative that will entertain and enlighten every reader