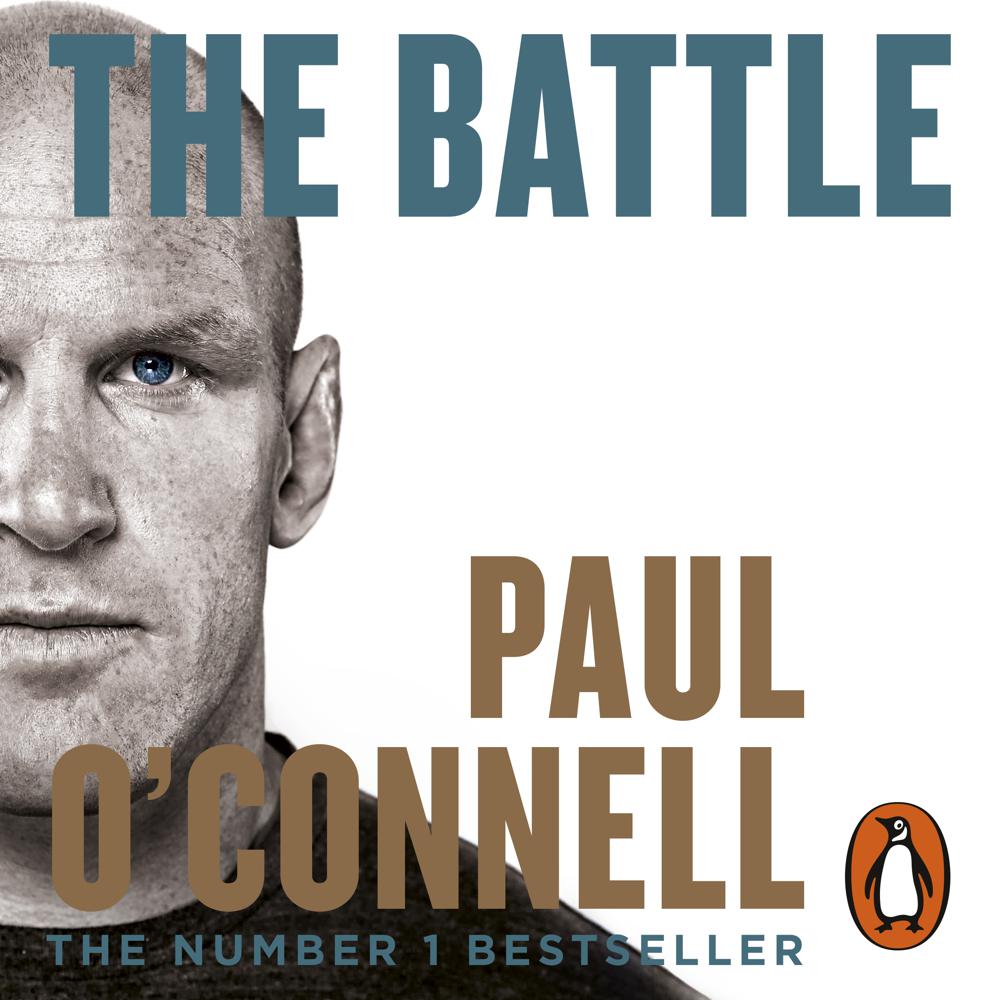 Penguin presents the audiobook edition of The Battle by Paul O'Connell, read by John Cormack.

There has never been a rugby player quite like Paul O'Connell. His name is synonymous with passion, heart and determination. But he is also the thinking man's rugby player, a legendary student of the game.

As the heartbeat of Munster, British and Irish Lions captain in 2009, and captain of the first Ireland team to retain the Six Nations championship, O'Connell became the most beloved and respected of the golden generation of Irish rugby players - and was widely regarded as one of the very best players in the world. There was nothing inevitable - or even likely - about any of this, and in an autobiography as intense and thoughtful as its author, O'Connell explores the forces and struggles that turned him into the player and leader that he became. The Battle is a book for everyone who wants to understand the roots of achievement and the inner world of an elite sportsman. It will take its place alongside the very finest sports books of recent years.

It is pure O'Connell ... Players and coaches from all sports will have the pencil out, finding nuggets

I found The Battle entrancing

Excellent ... [an] eye-opening account of the never-ending battles he fought

The intense physicality of his rugby upbringing is an abiding theme ... along with humour, the craic and an extensive knowledge of how teams work

He is a standard-bearer for the country and someone whose principles, moral compass, ideals and heroic virtue make us wish our children would aspire to be someone like him

Fascinating ... the recollections of life with the British and Irish touring team leap out as highlights

Absorbing and compelling ... The O'Connell who dominates this book is the one who becomes fixated on the mentality of champions

The years of O'Connell and O'Driscoll were as close to a golden age as ever Ireland will get and O'Connell's book tells you how it all happened ... It should be mandatory for every Irish squad member to read O'Connell's book to better understand what it takes to make a team

Honest, fair and devoid of self-pity ... reflects on his life without a shred of hypocrisy or recrimination

O'Connell has emptied the tank here. ... What has come out ... is a psychological profile that is almost shocking at times in what it reveals about the bloody single-mindedness of the competitive gene

A fascinating insight into what has driven him and how his approach to the game changed over time. The inner tensions of possibly the most intense competitor of his generation are laid bare in The Battle.

Revelatory ... Unflinchingly charts his personal evolution ... He is not at all easy on himself