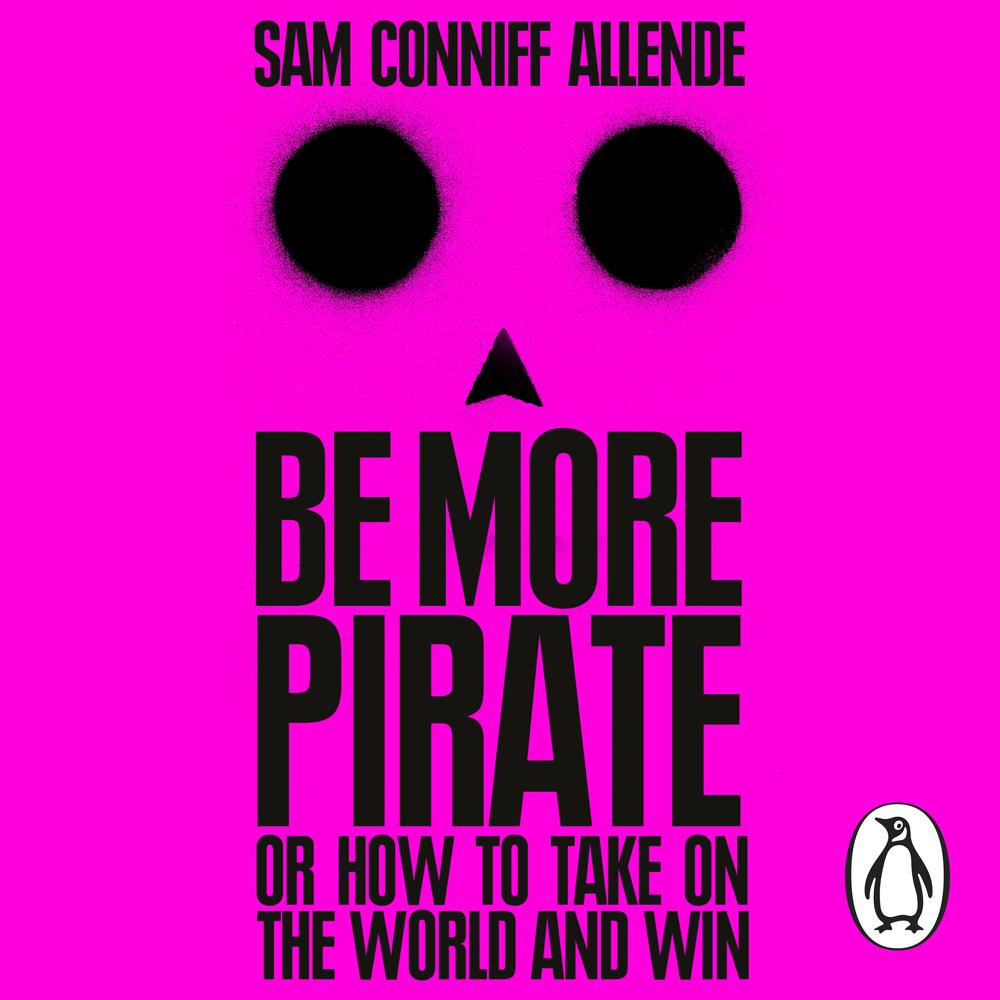 - Penguin presents the audiobook edition of Be More Pirate written and read by Sam Conniff Allende.


Whatever your ambitions, ideas and challenges, this book will revolutionize the way you live, think and work today, and tomorrow.

Pirates stood for MISCHIEF, PURPOSE and POWER. And you can too.

In Be More Pirate, Sam Conniff Allende unveils the innovative strategies of Golden Age pirates, drawing parallels between the tactics and teachings of legends like Henry Morgan and Blackbeard with modern rebels, like Elon Musk, Malala and Banksy. Featuring takeaway sections and a guide to build you own pirate code 2.0, Be More Pirate will show you how to leave your mark on the 21st century.

So what are you waiting for? Join the rebellion now.

'Unique...reminds me of the fun we've had with our airlines' - Sir Richard Branson

'I'd rather be a pirate than join the navy' Steve Jobs

'This isn't a book, it's the beginning of a movement. Be More Pirate should come with a health warning' Tom Goodwin, author of Digital Darwinism

I'd rather be a pirate than join the navy

Ask forgiveness, not permission! A unique approach...reminds me of the fun we've had with our airlines

Be More Pirate is a call to our better natures, our more inventive, imaginative selves to rouse up and remake the world. It's time for the rebels in us all to re-emerge

Be More Pirate provides high-octane inspiration in the face of unprecedented disruption. Break open the rum and immerse yourself, because Be More Pirate is a holistic strategy for success in changing times

A refreshing, entertaining and inspiring perspective on work, leadership and why we do what we do

Be More Pirate as a statement is a controversial call to arms given the prevailing news agenda around corporate leadership, however as you dig into the argument there is a slow-dawning realisation that this way of thinking, this contrarianism, is exactly what we need to course correct 'the corporation'

Sam has created something that is timely and important. It is an idea that's going to explode

A much needed call for more radical intention at the top. Be More Pirate is more useful, memorable and amusing than most leadership material I've seen, and I've pretty much seen the lot

Be More Pirate is refreshing, funny, insightful and ... annoying, in a good way. I felt actually challenged and inspired to do more, and be more in life and work. This isn't a book, it's the beginning of a movement

Be More Pirate makes modern-day heroes of names lost in history. Sam has spotted something: that millennials are natural pirates in spirit, making their own way on the high seas. Put aside the cutlass-and-parrot pirates in the Treasure Island mould. The ones he is thinking of were the model for how to break the system and create radical change

If you're in an industry facing disruption, the challenges are huge and the practical solutions few and far between. Be More Pirate is a dynamic framework for taking charge of the change that's coming your way. Sam has made pirates relevant again

Be More Pirate is a brave, original and inspiring concept

Be More Pirate is a timely kick up the backside for any organisation that hasn't got to grips with the disruption that faces us all. But it's also an optimistic, practical and purposeful rallying cry that a different way of organising ourselves is possible. Who knew the rogues of the 18th Century were going to be the role models we need for the 21st century

Be More Pirate is a battle cry for my generation. Step aside, the future belongs to us