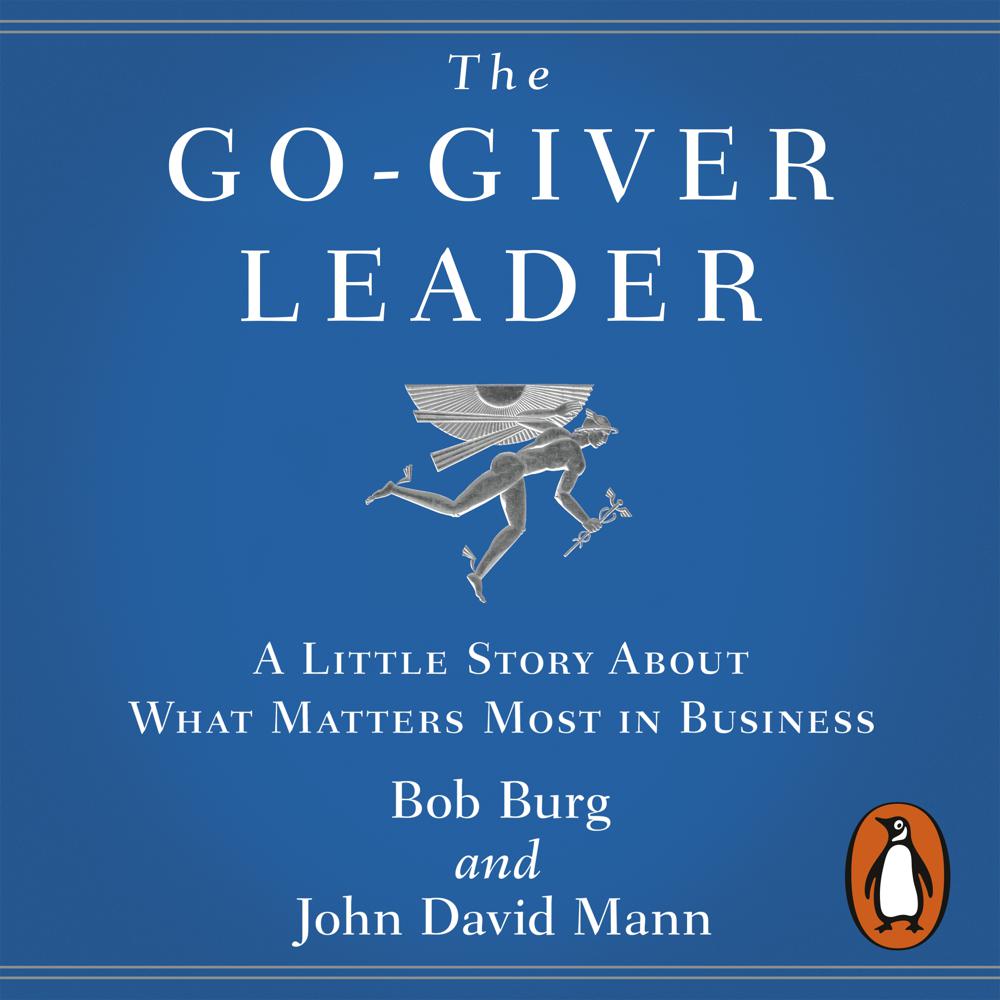 Penguin presents the audiobook edition of The Go-Giver Leader by Bob Burg and John David Mann, read by the authors with Ana Gabriel Mann.

Ben is an ambitious young executive charged with persuading 500 employee shareholders to agree to a merger that will save their company. But despite his best efforts, he can't convince anyone to buy in to the deal.

During his week at the company, Ben realizes that his aggressive style is actually making it harder to reach his goals.

Will Ben find a way to sway the shareholders before the climactic vote? The answer may surprise you, as you follow Ben on his journey to understanding that the path to genuine influence lies less in taking leadership than in giving it.

The Go-Giver Leader carries an important message for leaders, parents, and all other humans - that leadership, fundamentally, is about other people

We should all seek to practice the message illustrated so elegantly in The Go-Giver Leader - that great leaders don't try to act like "leaders", they strive to be more human

A manifesto for twenty-first-century leadership packaged in a fun and engaging story. Buy this book and get it in the hands of everyone in your company

This book captures the essence of life and leadership