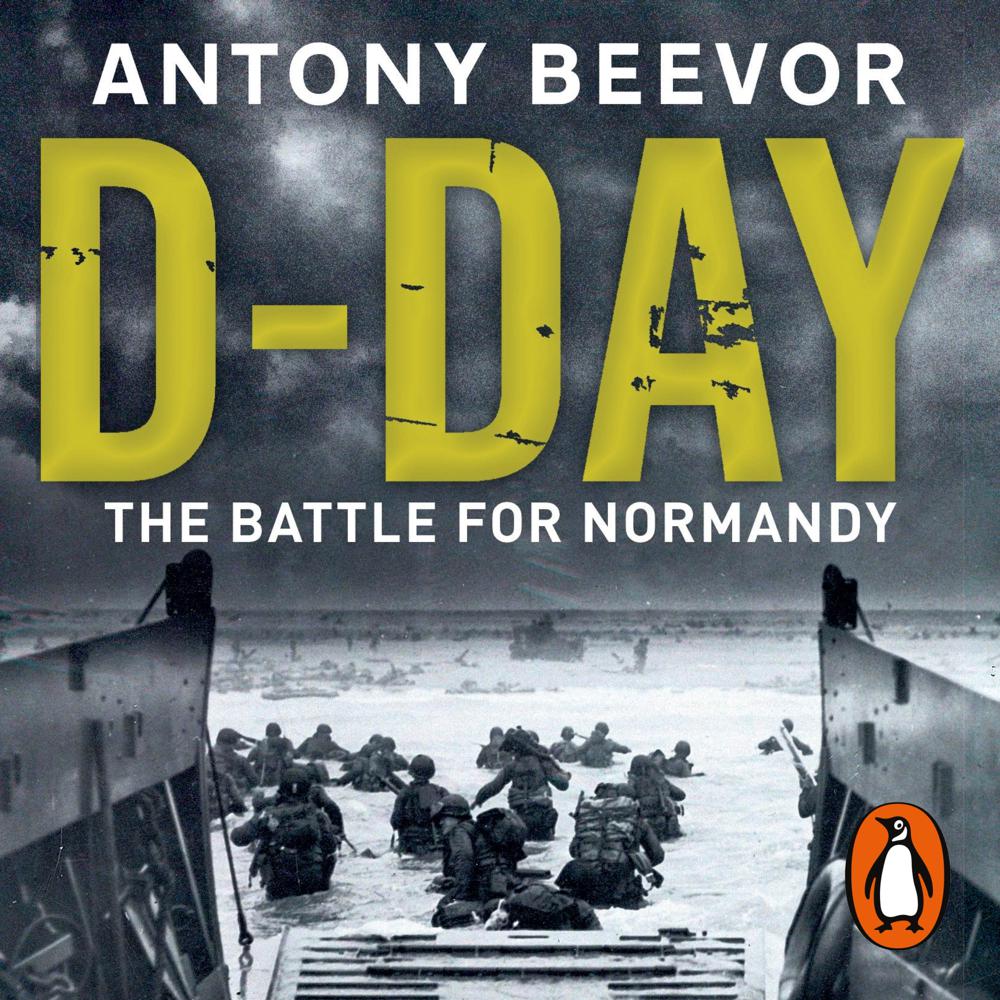 Penguin presents the unabridged, downloadable audiobook edition of D-Day: The Battle for Normandy by Antony Beevor, read by Cameron Stewart.

Reissued, with a new foreword, for the 70th Anniversary.


Antony Beevor's D-Day: The Battle for Normandy is the closest you will ever get to war - the taste, the smell, the noise and the fear.

The Normandy Landings that took place on D-Day involved by far the largest invasion fleet ever known. The scale of the undertaking was simply awesome. What followed them was some of the most cunning and ferocious fighting of the war, at times as savage as anything seen on the Eastern Front. As casualties mounted, so too did the tensions between the principal commanders on both sides. Meanwhile, French civilians caught in the middle of these battlefields or under Allied bombing endured terrible suffering. Even the joys of Liberation had their darker side.

'Antony Beevor's gripping narrative conveys the true experience of war.As near as possible to experiencing what it was like to be there. . . It is almost impossible for a reader not to get caught up in the excitement' Giles Foden, Guardian

'No writer can surpass Beevor in making sense of a crowded battlefield and in balancing the explanation of tactical manoeuvres with poignant flashes of human detail' Christopher Silvester, Daily Express

Antony Beevor is the renowned author of Stalingrad, which won the Samuel Johnson Prize, the Wolfson Prize for History and the Hawthornden Prize for Literature, and Berlin, which received the first Longman-History Today Trustees' Award. His books have sold nearly four million copies.

His singular ability to make huge historical events accessible to a general audience recalls the golden age of British narrative history, whose giants include Gibbon, Macaulay and Carlyle

It tells a thrilling story, with all Beevor's narrative mastery

A magnificent portrait. Beevor has assembled a mass of unfamiliar sources, fresh voices, and untold. As powerful and authoritative an account of the battle for Normandy as we are likely to get

As near as possible to experiencing what it was like to be there. . . It is almost impossible for a reader not to get caught up in the excitement

A knockout reassessment of one of the Second World War's great set-piece battles. Swoops from the vicious close-quarter fighting in the hedgerows to the petrified French onlookers and onwards to the political leaders wrestling with monumental decisions

D-Day is a triumph of research. . . on almost every page there's some little detail that sticks in the mind or tweaks the heart. This is a terrific, inspiring, heart-breaking book

Beevor has succeeded brilliantly. D-Day can sit proudly alongside his other masterworks on Stalingrad and the fall of Berlin. Superbly brings the events of that summer to life again

Impeccable, splendid, thoroughly researched and gripping. Beevor is master of narrative, expertly blending the grand sweep with the telling anecdote