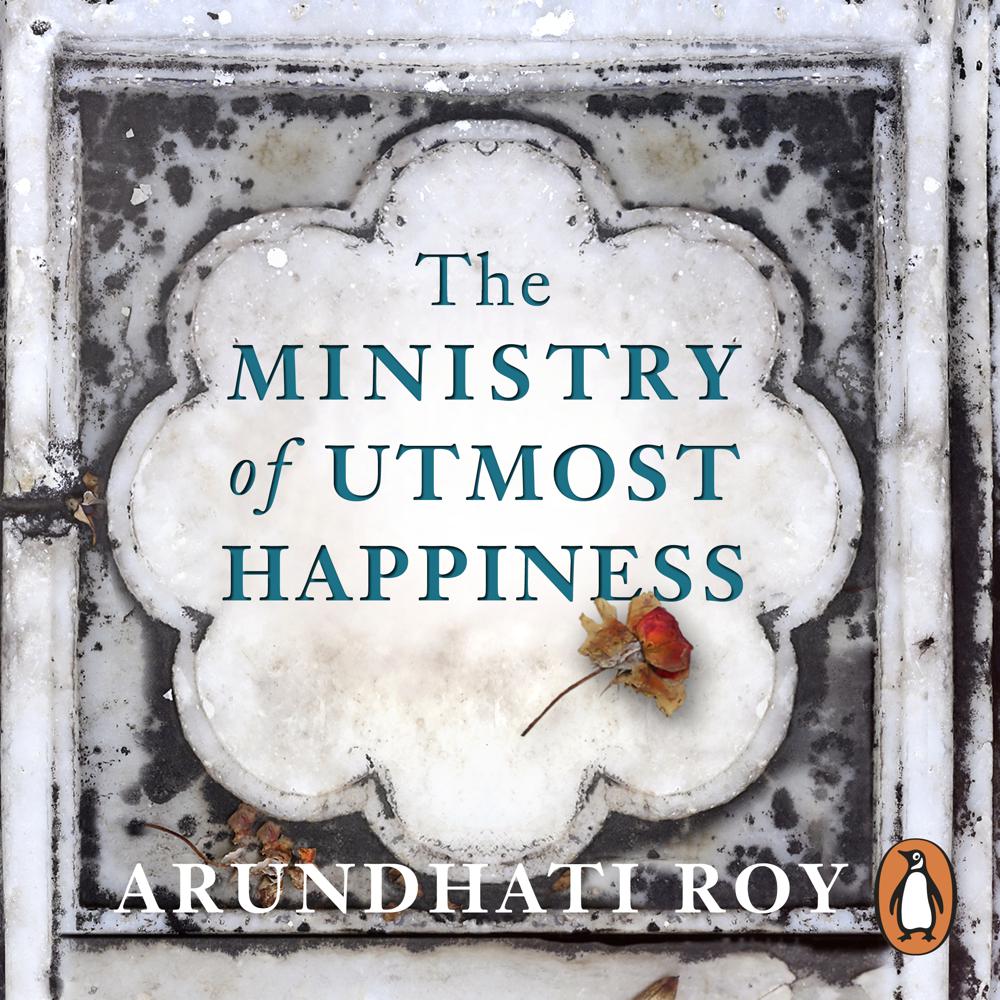 Penguin presents the audiobook edition of The Ministry of Utmost Happiness, written and read by Arundhati Roy.

LONGLISTED FOR THE WOMEN'S PRIZE FOR FICTION 2018

LONGLISTED FOR THE MAN BOOKER PRIZE 2017

NOMINATED FOR THE NATIONAL BOOK CRITICS CIRCLE AWARD FOR FICTION

LONGLISTED FOR THE CARNEGIE 2018

THE SUNDAY TIMES NUMBER ONE and THE NEW YORK TIMES BESTSELLER

'A sprawling kaleidoscopic fable' Guardian, Books of the Year

'A great tempest of a novel... which will leave you awed by the heat of its anger and the depth of its compassion' Washington Post

'A dazzling return to form' Independent

'Intricately layered and passionate, a work of extraordinary intricacy and grace' Prospect

'At magic hour; when the sun has gone but the light has not, armies of flying foxes unhinge themselves from the Banyan trees in the old graveyard and drift across the city like smoke...'

So begins The Ministry of Utmost Happiness, Arundhati Roy's incredible follow-up to The God of Small Things. We meet Anjum, who used to be Aftab, who runs a guest-house in an Old Delhi graveyard and gathers around her the lost, the broken and the cast out. We meet Tilo, an architect, who although she is loved by three men, lives in a 'country of her own skin' . When Tilo claims an abandoned baby as her own, her destiny and that of Anjum become entangled as a tale that sweeps across the years and a teeming continent takes flight...

A kaleidoscopic story about the struggle for Kashmir's independence

Ambitious, original, and haunting. A novel [that] fuses tenderness and brutality, mythic resonance and the stuff of headlines . . .essential to Roy's vision of a bewilderingly beautiful, contradictory, and broken world

The Ministry of Utmost Happiness confirms Roy's status as a writer of delicate human dramas that also touch on some of the largest questions of the day. It is the novel as intimate epic. Expect to see it on every prize shortlist this year

A beautiful and grotesque portrait of modern India and the world beyond. Take your time over it, just as the author did

An author worth waiting two decades for

Heartfelt, poetic, intimate, laced with ironic humour...The intensity of Roy's writing - the sheer amount she cares about these people - compels you to concentrate...This is the novel one hoped Arundhati Roy would write about India

A humane, engaged near-fairy tale that soon turns dark - full of characters and their meetings, accidental and orchestrated alike to find, yes, that utmost happiness of which the title speaks

This intimate epic about India over the past two decades is superb: political but never preachy; heartfelt yet ironic; precisely poetic

Arguably the biggest publishing event of the year

Fantastic. The novel is unflinchingly critical of power, and yet she empowers her underdog characters to persevere, leaving readers with a few droplets of much-needed hope. It's heartening when writers live up to the hyperbole that surrounds them

A great tempest of a novel... which will leave you awed by the heat of its anger and the depth of its compassion

Teems with human drama, contains a vivid cast of characters and offers an evocative, searing portrait of modern India

Roy's second novel proves as remarkable as her first

A sprawling, kaleidoscopic fable about love and resistance in modern India