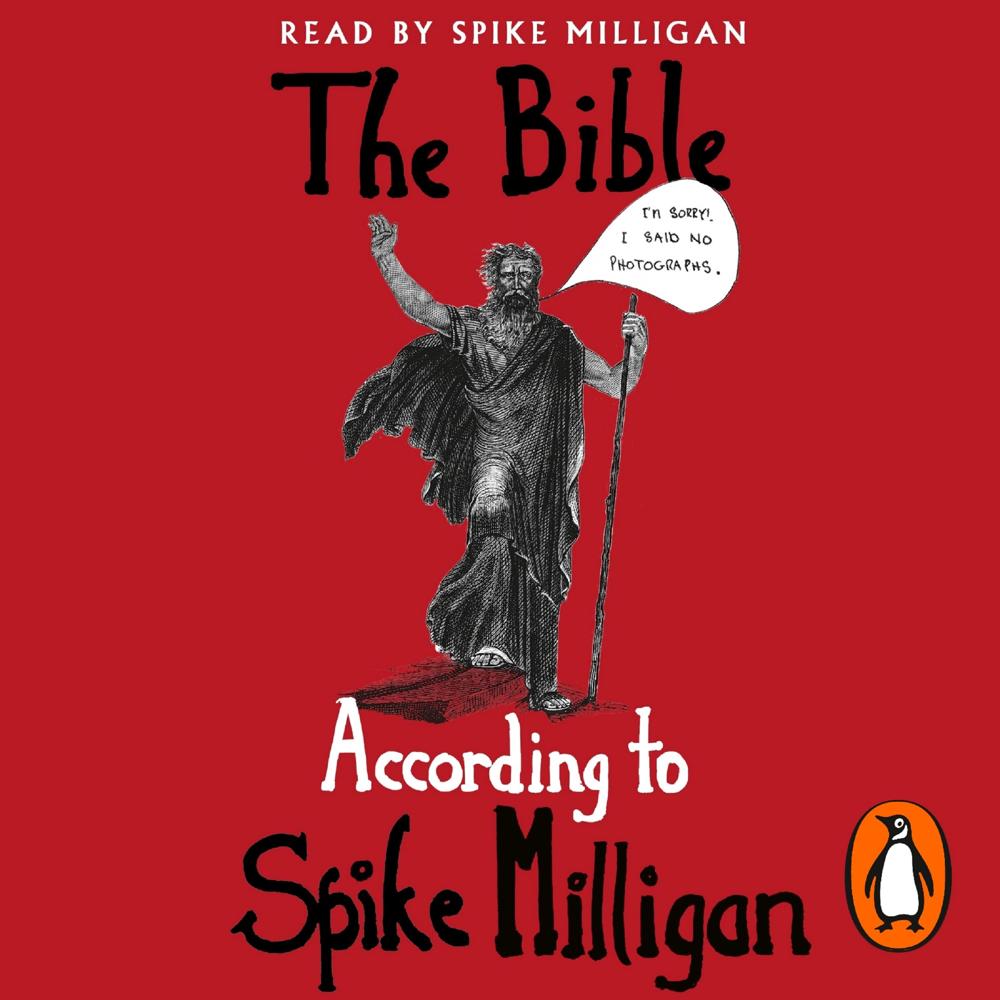 Penguin presents the unabridged, downloadable, audiobook edition of The Bible According to Spike Milligan, written and read by Spike Milligan.

"And God said, Let there be light; and there was light, but Eastern Electricity Board said He would have to wait until Thursday to be connected."

There have been many interpretations of the Old Testament over the centuries but never one quite like this. Spike Milligan has rewritten, in his own inimitable style, many of the best-known stories of the Old Testament, featuring characters like King "my brain hurts" Solomon, the great oaf of a giant Goliath and the lesser-known crossword clue, Hushai the Archite.

Believers and non-believers alike will enjoy this hilarious re-working, where the jokes, jests and jibes tumble over each other from Chapter One, Verse One until kingdom come.

Manifestly a genius, a comic surrealist genius and had no equal

That absolutely glorious way of looking at things differently. A great man