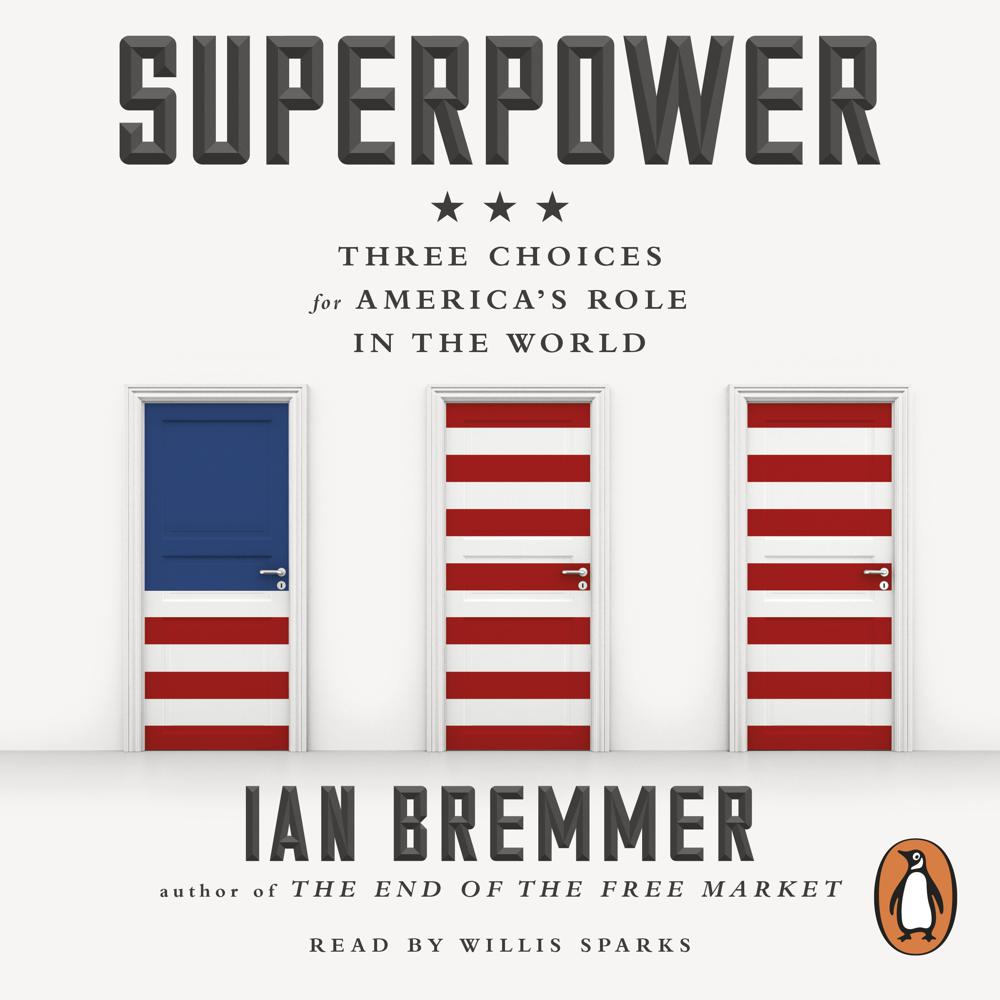 Geopolitical thought leader Ian Bremmer issues a clarion call to America: redefine your place in the world, or the world will define it for you

America's identity abroad has long been defined by the second World War and years of Cold War struggle. But the new America has changed; its role and identity are in flux - and with them, the global balance of power.

In Three Choices for a Superpower, president and founder of the Eurasia Group, Ian Bremmer, calls for a completely new definition of America as a superpower - one that adheres to distinct priorities and values. He outlines the three choices facing the new America:

Be independent: America does not have an endless supply of blood and finances to spend on other nations. Rather, America will fare much better if it devotes its energies and resources to rebuilding strength from within.

Moneyball: America cannot afford every foreign fight in support of American values, but they must defend their interests wherever they are threatened. They must make tough decisions intelligently, with an open admission of America's limitations.

Be indispensable: To think that America can operate autonomously from the rest of the world is not only ignorant but also extremely dangerous. The world relies on American leadership, and America has international interests - they must continue their role as an indispensable nation and remain actively involved abroad.

As the 2016 presidential election approaches, America needs to define its responsibilities, opportunities, and most importantly, its limits. A foreign policy divided against itself cannot stand; as the world's greatest superpower, America must choose which path it will follow into the future.

Bremmer has become something of a national treasure. His clarity of thought and presentation make Superpower an exceptionally illuminating read. Whether you're a policymaker, scholar, or voter seeking perspective on our critical choices ahead, Superpower is indispensable

Unorthodox ... compelling ... creatively organised and critically important: Bremmer challenges Americans to have a difficult but increasingly inescapable conversation about the role they wish their country to play in world affairs, and he objectively gives them the facts and considerations they need to do so intelligently

Enlightens ... Bremmer has made an important point: decisions taken now by voters and policymakers have to be guided by where the US wants to be by the middle of this century

A sharply-observed, astutely-phrased analysis of the US's painful recent experiences, the confusions of its foreign policy, and the predicament in which it now finds itself ... a valuable and often hugely enjoyable exercise to read'

Superpower is an insightful and original piece of work-drawing on Bremmer's remarkable understanding of politics, America, and the world. This is a must read for all those concerned with the twenty-first-century geopolitical landscape

This book provides a clear and incisive way to think about America's role in the world. Should it focus on its interests, its values, or its domestic needs? Bremmer offers his own opinions, but more important, he will help you sharpen your own

Bremmer deals with America's role in a world in transition with honesty and sincerity. This is a valuable contribution to an important debate from an experienced and insightful leader