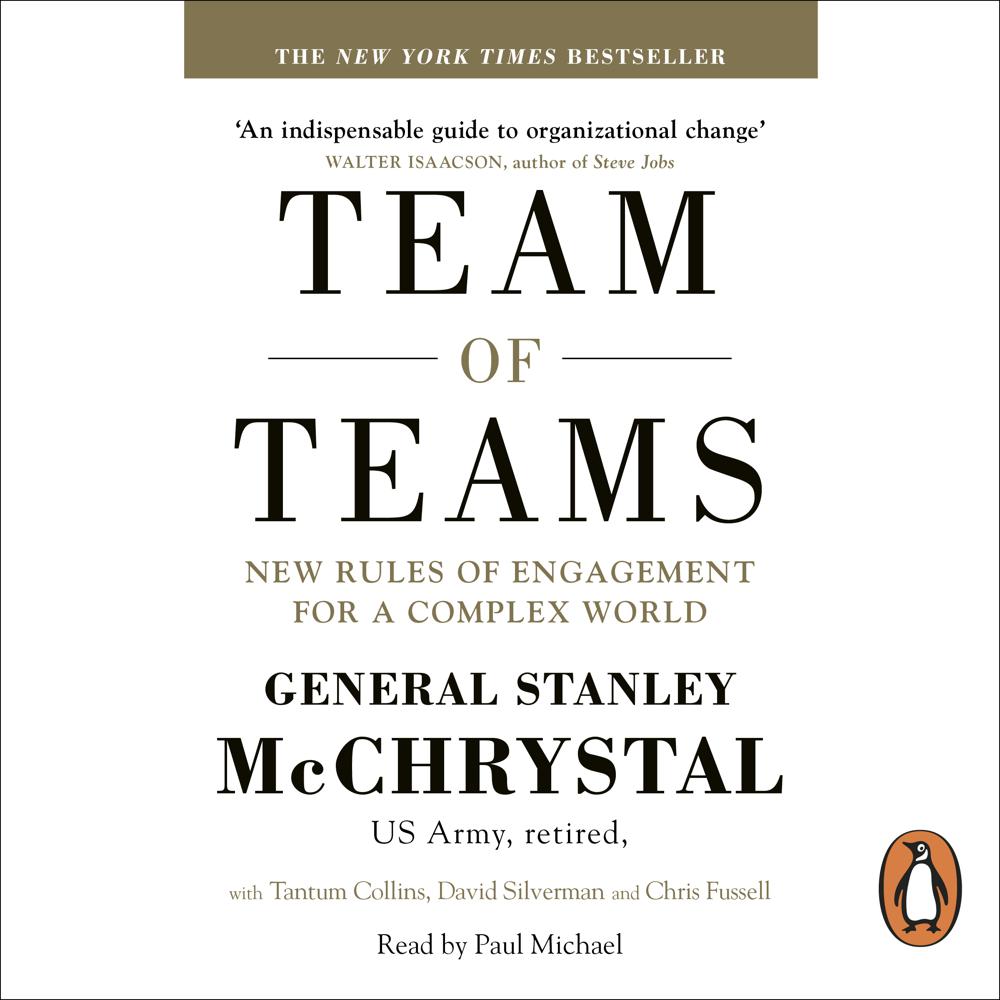 What if you could combine the agility, adaptability, and cohesion of a small team with the power and resources of a giant organization?

When General Stanley McChrystal took command of the Joint Special Operations Task Force in Iraq in 2003, he quickly realized that conventional military tactics were failing. The allied forces had a huge advantage in numbers, equipment and training - but none of the enemy's speed and flexibility.

McChrystal and his colleagues discarded a century of conventional wisdom to create a 'team of teams' that combined extremely transparent communication with decentralized decision-making authority.

In this powerful book, McChrystal and his colleagues show how the challenges they faced in Iraq can be relevant to any leader. Through compelling examples, the authors demonstrate that the 'team of teams' strategy has worked everywhere from hospital emergency rooms to NASA and has the potential to transform organizations large and small.

'A bold argument that leaders can help teams become greater than the sum of their parts' Charles Duhigg, author of The Power of Habit

In addition to being a fascinating and colourful read, this book is an indispensable guide to organizational change

Team of Teams is erudite, elegant, and insightful. An unexpected and surprising wealth of information and wonder, it provides a blueprint for how to cope with increasing complexity in the world. A must read for anyone who cares about the future - and that means all of us