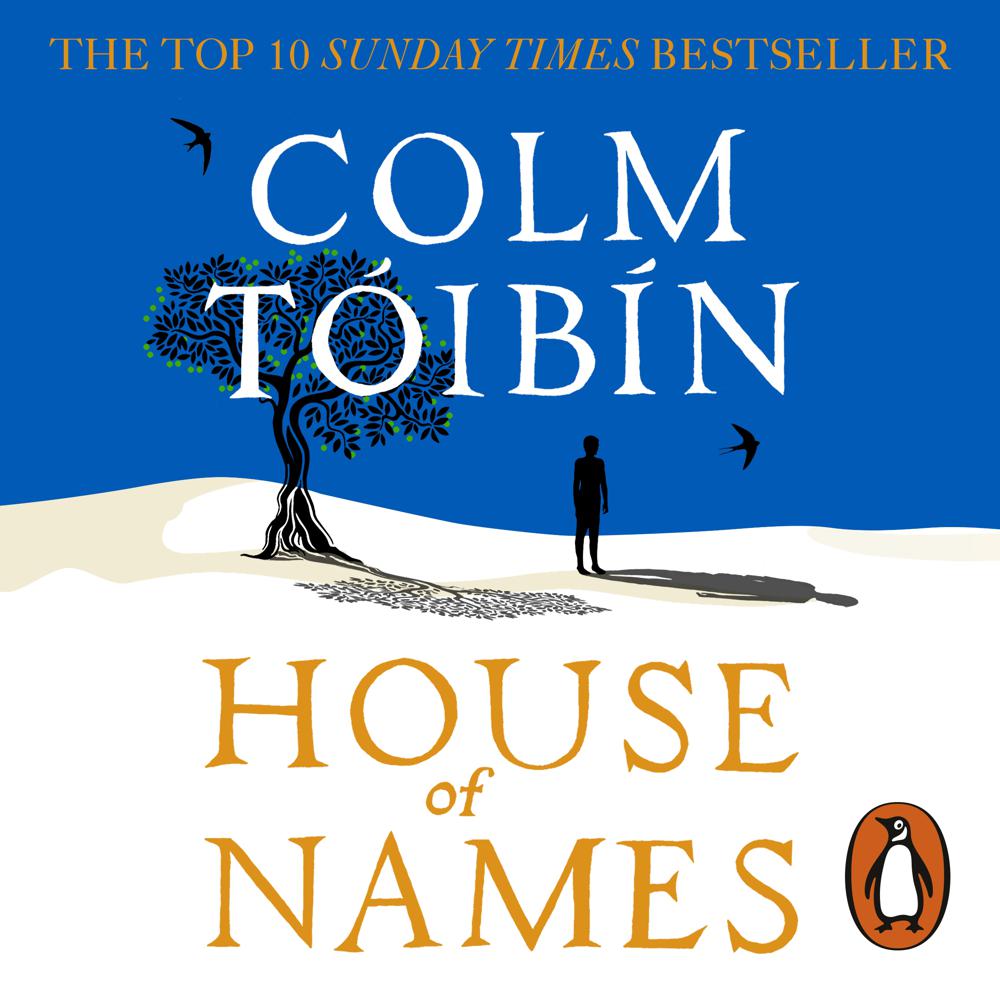 'They cut her hair before they dragged her to the place of sacrifice. Her mouth was gagged to stop her cursing her father, her cowardly, two-tongued father. Nonetheless, they heard her muffled screams.'

On the day of his daughter's wedding, Agamemnon orders her sacrifice.

His daughter is led to her death, and Agamemnon leads his army into battle, where he is rewarded with glorious victory.

Three years later, he returns home and his murderous action has set the entire family - mother, brother, sister - on a path of intimate violence, as they enter a world of hushed commands and soundless journeys through the palace's dungeons and bedchambers. As his wife seeks his death, his daughter, Electra, is the silent observer to the family's game of innocence while his son, Orestes, is sent into bewildering, frightening exile where survival is far from certain. Out of their desolating loss, Electra and Orestes must find a way to right these wrongs of the past even if it means committing themselves to a terrible, barbarous act.

House of Names is a story of intense longing and shocking betrayal. It is a work of great beauty, and daring, from one of our finest living writers.

This is a novel about the way the members of a family keep secrets from one another, tell lies and make mistakes.. .

Considerable Game of Thrones appeal...instead of cheap narrative tricks and resolutions we're left with images of desolation and thwarted love

A spellbinding adaptation of the Clytemnestra myth, House of Names considers the Mycenaen queen in all her guises: grieving mother, seductress, ruthless leader - and victim of the ultimate betrayal.

The book's mastery of pacing and tone affirm the writer as one of our finest at work today.

Part of Toibin's success comes down to the power of his writing: an almost unfaultable combination of artful restraint and wonderfully observed detail . . . Unforgettable

In Toibin's careful hands, the story of Clytemnestra, who avenges her daughter after her husband Agamemnon sacrifices her to secure safe passage from Troy, is told with such a vivid grasp of the emotional pulse that even those who know the story well will be transfixed.

In a novel describing one of the Western world's oldest legends, in which the gods are conspicuous by their absence, Tóibín achieves a paradoxical richness of characterisation and a humanisation of the mythological, marking House Of Names as the superbly realised work of an author at the top of his game.

A gorgeous stylist, Tóibín captures the subtle flutterings of consciousness better than any writer alive . . . Never before has Tóibín demonstrated such range, not just in tone but in action. He creates the arresting, hushed scenes for which he's so well known just as effectively as he whips up murders that compete, pint for spilled pint, with those immortal Greek playwrights

A dramatic, intimate chronicle of a family implosion set in unsettling times

An extraordinarily sympathetic and intimate portrait

A giant amongst storytellers, Toibin has thrown down the gauntlet with his latest novel . . . And it is a masterpiece

Graphic, vicious, beautiful retelling of ancient myths.... Ultimately the book is a stark, timeless and brilliantly rendered tale of power in a world, as ever, riven by conflict.

Brilliant retelling of a Greek Tragedy... This is a novel that is a celebration of what novels can do.

A Greek House of Cards... Just like Heaney at the end of his Mycenae lookout, Toibin's novel augurs an era of renewal that comes directly from the cessation of hostilities.

The book has a controlled hushed quality, like that of a Morandi still life, which only serves to heighten the terror and pity of the tale

Tóibín's retelling is governed by compassion and responsibility, and focuses on the horrors that led Clytemnestra to her terrible vengeance. Her sympathetic first-person narrative makes even murder, for a moment, seem reasonable (...) Tóibín's prose is precise and unadorned, the novel's moments of violence told with brutal simplicity. But its greatest achievement is as a page-turner. In a tale that has ended the same way for thousands of years, Tóibín makes us hope for a different outcome

It couldn't have been done better

A visceral reworking of Oresteia

If there is a more brilliant writer than Tóibín working today, I don't know who that would be

[An] intense, thought-provoking and original novel . . . Toibin's book transforms this ancient story into a lyrical, melancholy meditation on closeted desire, which implicitly comments on the aftermath of the Irish Troubles'

A daring, and triumphant return, to the Oresteia... bleakly beautiful twilight of the Gods.

What is truly miraculous, though, is how Tóibín has made us sympathize with people who do terrible, unthinkable things

Colm Tóibín turns Greek Myths into flesh and blood..The writing is characteristically elegant, spare and subtle. ..The scenes between Clytemnestra and her lover Aegisthus darkly sexy

A haunting story, largely because Tóibín tells it in spare, resonant prose...