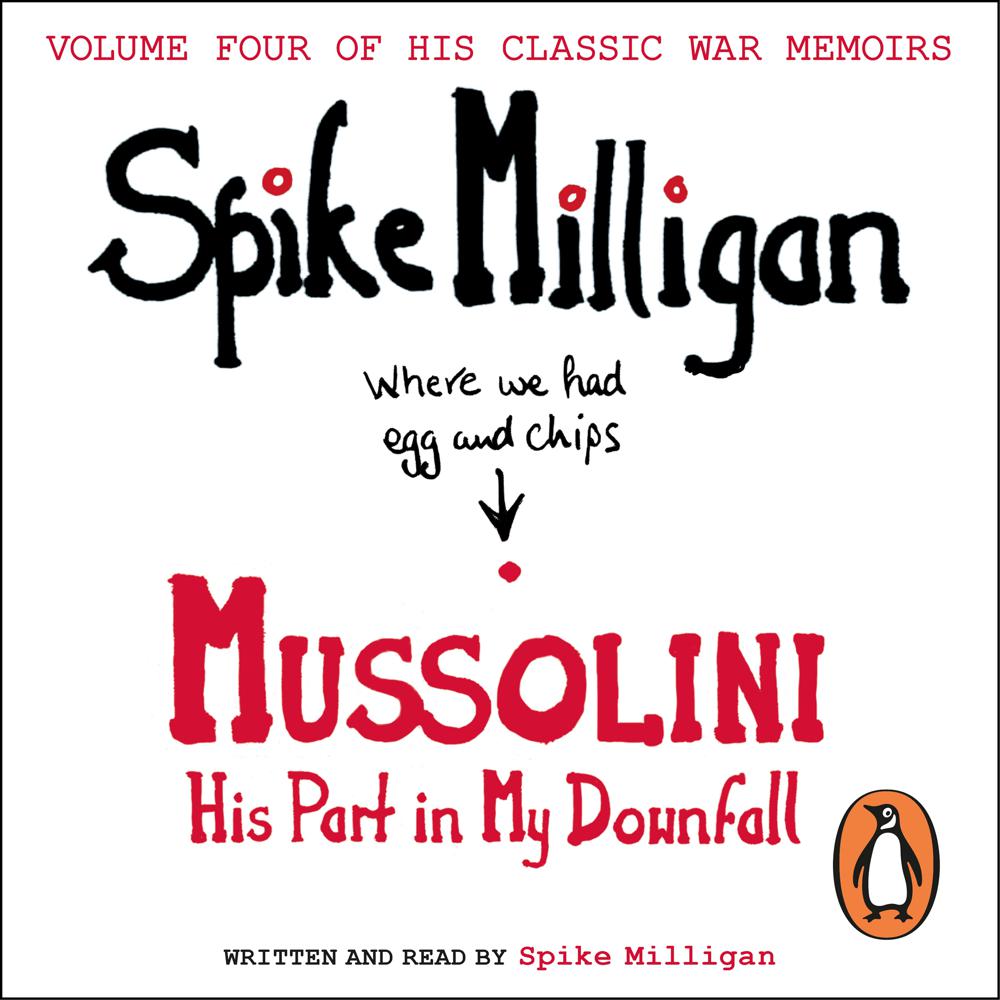 Penguin presents the unabridged, downloadable, audiobook edition of Mussolini: His Part in My Downfall, written and read by Spike Milligan.

A voice is calling across the land, "Bombardier Milligan.""Bombadier Milligan is dead," I replied in a disguised voice.The voice replied, "Then he's going to miss his breakfast."

The fourth volume of Spike Milligan's legendary account of his time in the army during World War Two begins as he and his regiment land in sunny Italy in 1943 ('The ship touched the beach very gently, so gently I suspect it's not insured'). After a bout of Sandfly Fever, from which he soon recovers ('I'm ready to be killed again'), our plucky hero is piddled on by a farm dog ('Mussolini's revenge?') before forging his way inland towards the enemy and the sound of guns ('We're getting near civilisation'), where matters suddenly take a dark turn ('I was not really me any more') ...