If I Should Die
Matthew Frank 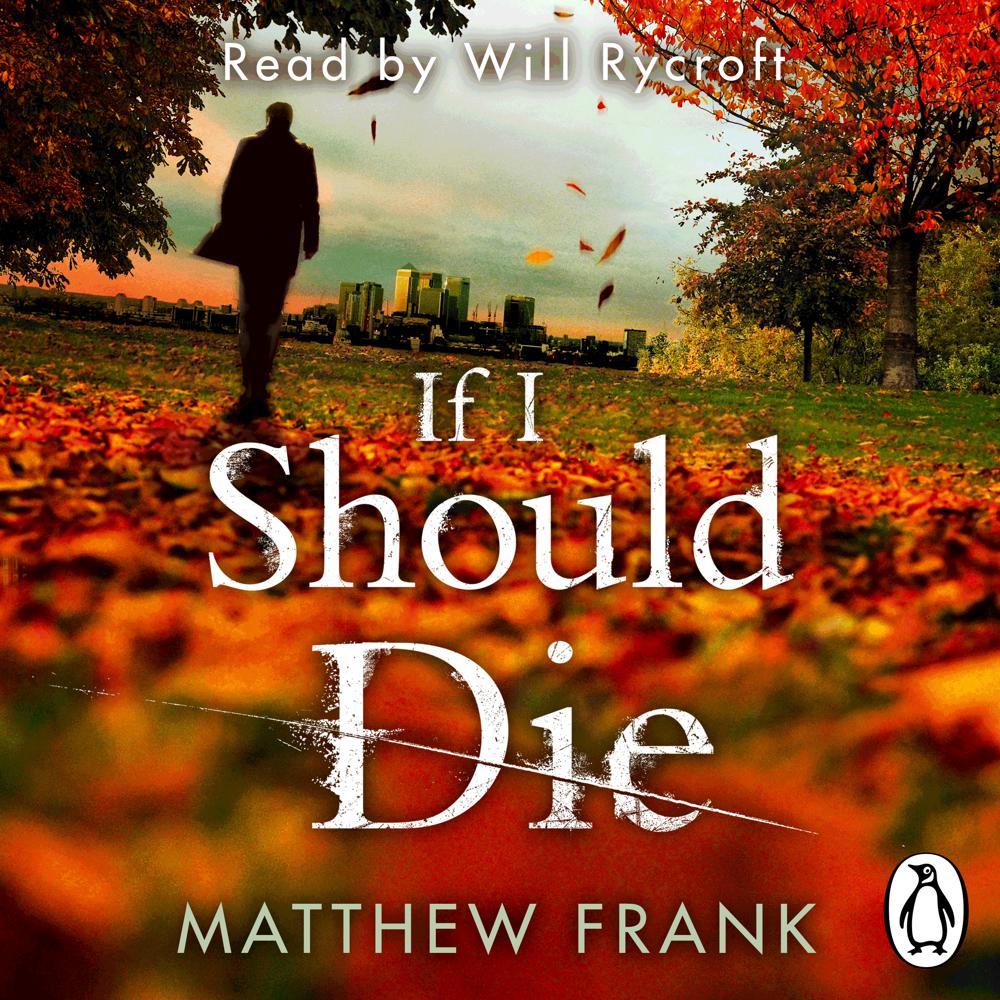 **WINNER of the 2014-2015 Waverton Good Read Award**
The unabridged, downloadable audiobook edition of If I Should Die, the astounding debut from British author Matthew Frank. Read by the actor Will Rycroft.
-------
It begins with vicious, apparently motiveless attacks on down and outs in South London. But when one of the homeless victims dies from his wounds, it's murder . . .

For the Met investigation team's newest member, Joseph Stark, death is already all too familiar. Injured in an attack that killed his fellow soldiers and tortured by nightmares since he returned, Afghan veteran Stark has enough on his hands just trying to recover without enduring the scrutiny and sideways glances of his new colleagues. The drink and painkillers he's leaning on to keep going aren't helping. And there's only so long he can ignore the efforts of the Ministry of Defence to speak to him.

When one of the victims of the attacks fights back it's soon clear that there's much more at stake than gangs preying randomly on society's weakest members. But as Stark hunts down the truth - and the rotten heart of the crimes - his own strength is fading. It seems that the ex-soldier's determination to see justice done may not, this time, be enough to carry him through.

If I Should Die is the first title in a new crime series, and outstanding characterization, pitch perfect dialogue and precision plotting mark out Matthew Frank as a debut writer to watch. With the introduction of series character and ex-soldier police detective Joseph Stark, fans of Ian Rankin's Rebus novels will be hooked from the word go.

Detective Sergeant Fran Millhaven is just one of the best women copper characters you'll ever meet between the covers of a book . . . but Stark is the heart of this narrative. I am so looking forward to meeting him again . . . the moment Stark crosses over from soldier to CID detective is beautiful to behold. The action scenes, too, are terrific. Riveting

**WINNER of the 2014-2015 Waverton Good Read Award**
If I Should Die is the astounding debut from British author Matthew Frank.
----------
When a homeless man walks into Greenwich police station and confesses a killing, it should be the admission that cracks open a murder enquiry. Instead, he stumbles out on to the street and collapses, bleeding from a stab wound he's attempted to repair himself . . .

Quite simply the best start to a new crime series - and the best debut - I've read in years. Joe Stark is such a terrific hero, full of flaws and compassion and the sort of quiet heroism that you rarely see these days, even in fiction. One of those books I want to bulk buy and press into the hands of everyone I know. The writing is top-notch, the action sequences are superlative, the characters crackle off the page and the dialogue whips and zings like bullets in the dust. Read it!

A highly assured debut ... we'll look forward to the next

Well researched and totally convincing, this is the first of several Stark books. Great news if they're as good as this

A gripping murder story ... Frank brilliantly maintains a balance between the demands of a complex plot and his character's difficulty in returning to civilian life ... an accomplished first novel

A very powerful novel. The writing is so good that it is difficult to believe that this is a debut

Skilfully plotted, with a great clarity of style. I really enjoyed it