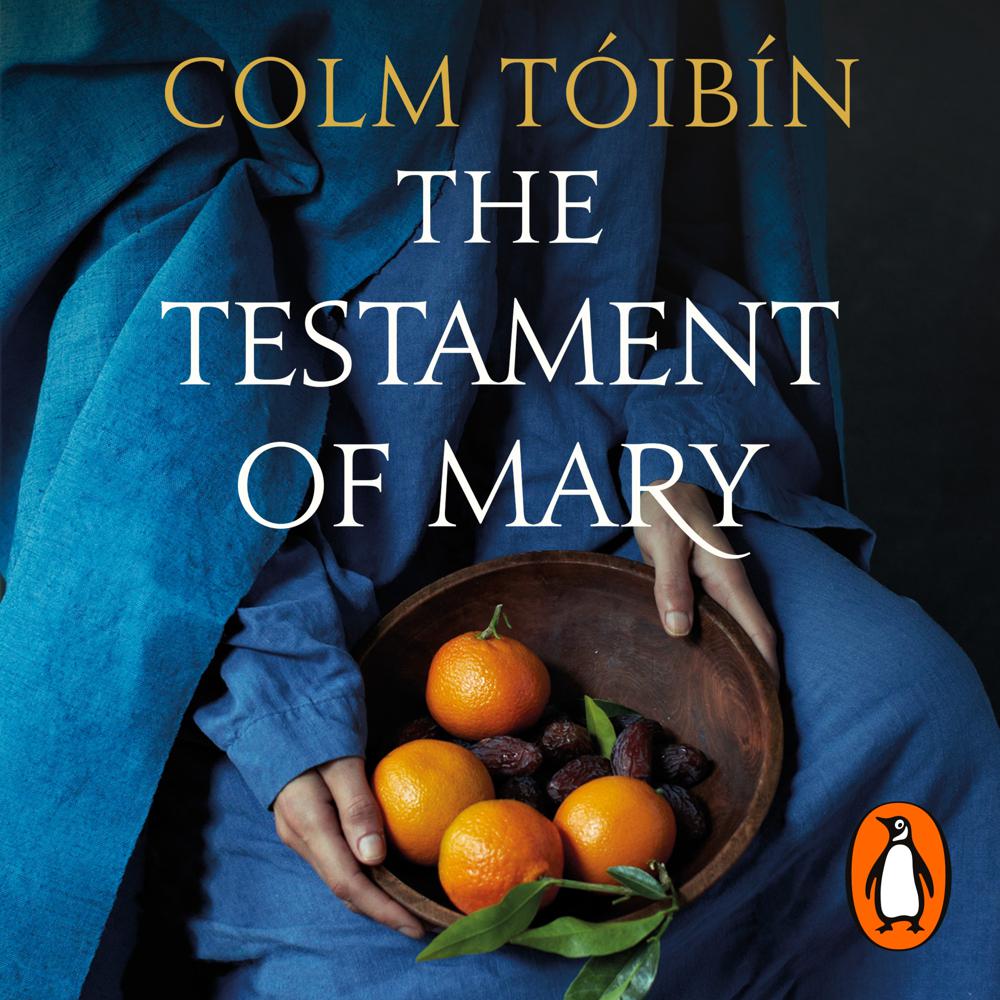 SHORTLISTED FOR THE MAN BOOKER PRIZE 2013

The unabridged, downloadable audiobook edition of The Testament of Mary, the powerful new novel by Colm Tóibín, read by Meryl Streep.

From the author of Brooklyn, in a voice that is both tender and filled with rage, The Testament of Mary tells the story of a cataclysmic event which led to an overpowering grief. For Mary, her son has been lost to the world, and now, living in exile and in fear, she tries to piece together the memories of the events that led to her son's brutal death. To her he was a vulnerable figure, surrounded by men who could not be trusted, living in a time of turmoil and change.

As her life and her suffering begin to acquire the resonance of myth, Mary struggles to break the silence surrounding what she knows to have happened. In her effort to tell the truth in all its gnarled complexity, she slowly emerges as a figure of immense moral stature as well as a woman from history rendered now as fully human.

Colm Tóibín's The Testament of Mary is the moving story of the Virgin Mary, told by a novelist famous for writing brilliantly about the family.

Praise for The Testament of Mary:

'This is a short book, but it is as dense as a diamond. It is as tragic as a Spanish pieta, but it is completely heretical...Tóibín maintains all the dignity of Mary without subscribing to the myths that have accumulated around her' Edmund White, Irish Times

'Depicting the harrowing losses and evasions that can go on between mothers and sons...Tóibín creates a reversed Pièta: he holds the mother in his arms' Independent

'A beautiful and daring work...it takes its power from the surprise of its language, its almost shocking characterization' Mary Gordon, New York Times

Colm Tóibín was born in Ireland in 1955. He is the author of six novels, including The Blackwater Lightship, The Master, both of which were shortlisted for the Booker Prize, and Brooklyn, which won the Costa Novel Award, and two collections of stories, Mothers and Sons and The Empty Family.

The miracles are real, bit unsettling and sinister; Toibin's writing can be stunning beautiful; another should-have from this year's Booker shortlist

Toibin's weary Mary, sceptical and grudging, reads as far more true and real than the saintly perpetual virgin of legend. And Toibin is a wonderful writer; as ever, his lyrical and moving prose is the real miracle

This novel is the Virgin's version of the life of Christ. After a lifetime listening to everyone else's version of that life, she is angry and frustrated because they are all questionable

Stands out for its bold conception and blazingly brilliant execution

This is a flawless work, touching, moving and terrifying

There is a proufound ache throughout this little character study, a steely determination coupled with an unbearable loss. Although it has some insightful things to say about religion and the period - the descriptions of the Crucifixion are visceral - it has a universal message about the nature of loss

Toibin's take on the most famous mother in history .. is all too believable

With deceptively modest prose, Toibin presents the Virgin Mary's story as one of human loss rather than salvation. By doing so he gives us a Mary to identify with rather than venerate

Toibin's short, powerful book offers itself up as an additional gospel

Beguiling and deeply intelligent... In a single passage - and in a rendition, furthermore, of one of the most famous passages of western literature - Toibin shows how the telling and all the details are all-important

The Testament of Mary, a novella of absences and silences achieves a shimmering power