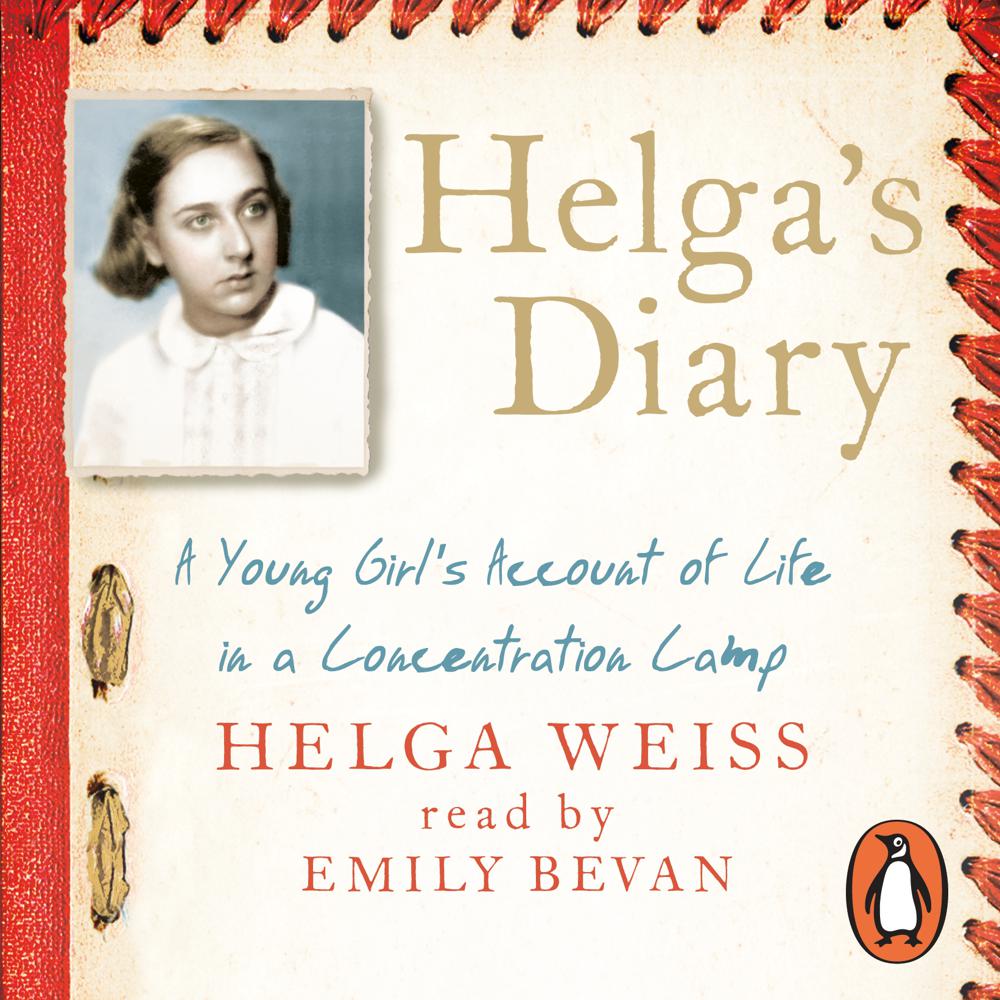 The unabridged, downloadable audiobook edition of Helga's Diary: A Young Girl's Account of Life in a Concentration Camp, by Helga Weiss. Read by the actress Emily Bevan.

In 1938, when her diary begins, Helga is eight years old. Alongside her father and mother and the 45,000 Jews who live in Prague, she endures the Nazi invasion and regime: her father is denied work, schools are closed to her, she and her parents are confined to their flat. Then deportations begin, and her friends and family start to disappear.

In 1941, Helga and her parents are sent to the concentration camp of Terezín, where they live for three years. Here Helga documents their daily life - the harsh conditions, disease and suffering, as well as moments of friendship, creativity and hope - until, in 1944, they are sent to Auschwitz. Helga leaves her diary behind with her uncle, who bricks it into a wall to preserve it.

Helga's father is never heard of again, but miraculously Helga and her mother survive the horrors of Auschwitz, the gruelling transports of the last days of the war, and manage to return to Prague. As Helga writes down her experiences since Terezín, completing the diary, she is fifteen and a half. She is one of only a tiny number of Czech Jews who have survived.

Reconstructed from her original notebooks, which were later retrieved from Terezín, and from the loose-leaf pages on which Helga wrote after the war, the diary is presented here in its entirety. As such, Helga's Diary is one of the most vivid and comprehensive testimonies written during the Holocaust ever to have been recovered.