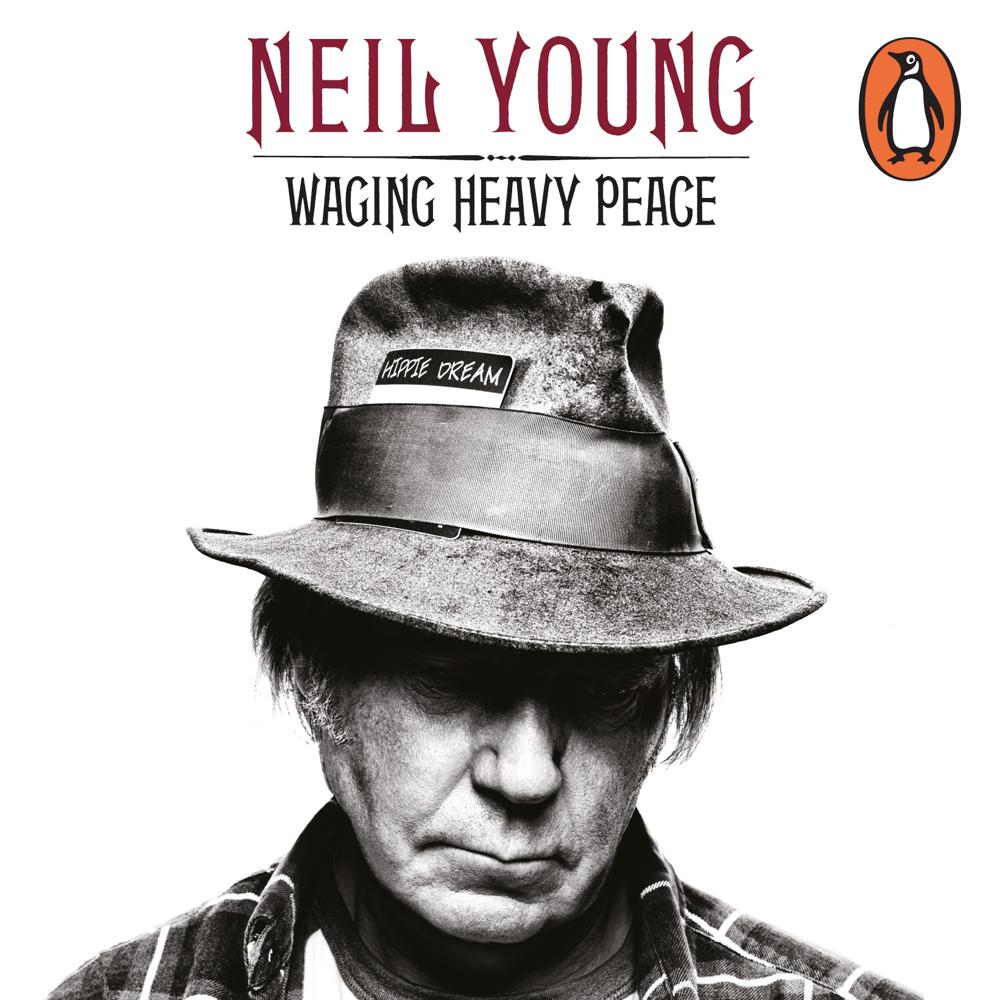 'I felt that writing books fit me like a glove; I just started and I just kept going'

Neil Young is a singular figure in the history of rock and pop culture generally in the last four decades. Reflective, insightful and disarmingly honest, in Waging Heavy Peace he writes about his life and career. From his youth in Canada to his crazy journey out to California, through Buffalo Springfield and Crosby, Stills & Nash, to his massively successful solo career and his re-emergence as the patron saint of grunge on to his role today as one of the last uncompromised and uncompromising survivors of rock 'n' roll - this is Neil's story told in his own words.

In the book Young presents a kaleidoscopic view of personal life and musical creativity; it's a journey that spans the snows of Ontario to the LSD-laden boulevards of 1966 Los Angeles to the contemplative paradise of Hawaii today. Along the way he writes about the music, the victims, the girls and the drugs; about his happy family life but also about the health problems he and his children have experienced; about guitars, cars and sound systems; about Canada and California and Hawaii.

This year's biggest music biography, Neil Young's memoir is absolutely fascinating. The singer writes candidly, revealing much about the life experiences which have influenced his song-writing.